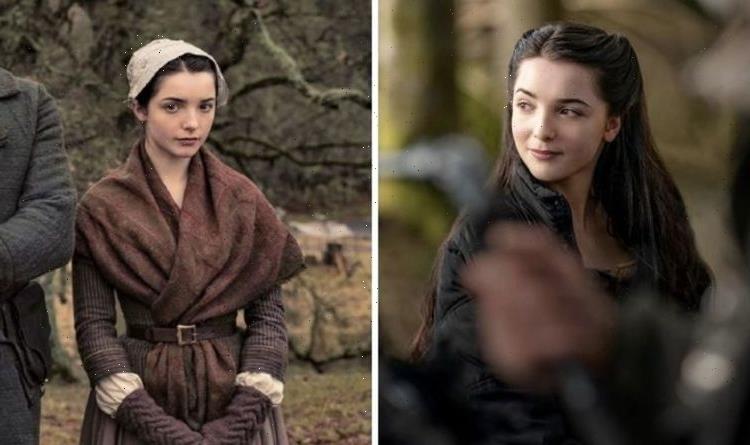 Outlander will soon be back as it is confirmed to be premiering its sixth season in early 2022 on Starz. The details surrounding the Sam Heughan-led drama have been limited so far, but that hasn’t stopped fans from speculating on what may happen. Most burning questions focus on Malva Christie (played by Jessica Reynolds) and what could happen to her in the next season.

Warning: This story contains spoilers for Outlander book six, A Breath of Snow and Ashes.

How will Malva Christie’s storyline end in season 6?

Malva Christie is the daughter of Thomas Christie (Mark Lewis) and sister of Allan Christie (Alexander Vlahos), with the character joining the series during season six.

With fans still yet to be introduced to the character in the series, viewers have looked back through the sixth book penned by Diana Gabaldon to see what could happen during the next season.

Malva is actually the niece of Tom Christie, with Tom’s wife having an affair with his brother while he was imprisoned following the Rising.

Tom took Malva in as his own, with her first being introduced near the end of Gabaldon’s fifth novel The Fiery Cross.

However, it wasn’t until the sixth book, A Breath of Snow and Ashes, when Malva was fully fleshed out as a character.

Malva’s character arc is tragic and heartbreaking, as when she first enters the story she works as an apprentice to Claire Fraser (Caitriona Balfe).

She is known for her curiosity and natural ability to learn new crafts and skills, but her time was sadly cut short.

A few days later, Claire discovers Malva’s body, who has clearly been murdered.

Allan is then killed by Ian Murrey (John Bell), finishing him with an arrow through the head.

The entire saga is one of the darkest and saddest in the story’s history and may soon be explored in the sixth season of the show.

On Reddit, user Cheyness tipped the plot line to appear in season six as they said: “Where do you think season 6 will end? The books all run together for me now, but I’m hoping we get the entire Malva storyline!”

Another replied: “I think we’ll probably get the whole Malva storyline, maybe Henri-Christian (if they decide to go there), maybe Mandy, and Roger being a minister.”

A third offered their idea on how the season will end: “Now that I thought it over some more, I can see the show ending with Claire being arrested by the Browns with Tom Christie coming in to say she needs a trial and then close up of Jamie and Claire’s faces, fade to black. (sic)

For now, fans will have to wait and see how the next season will end.

The show has traditionally stayed very close to Gabaldon’s original novels, with the author working closely with the series.

Some fans have questioned whether they will cover the topics in the sixth book, considering its dark themes.

However, with Malva and Allan both set to appear in the next season, all signs point to the entire Malva storyline being explored.

Season seven has also been confirmed, meaning there is the potential the story could be stretched out across multiple seasons.

Outlander season six will premiere early 2022 on Starz in the USA. The UK release date is still to be confirmed.