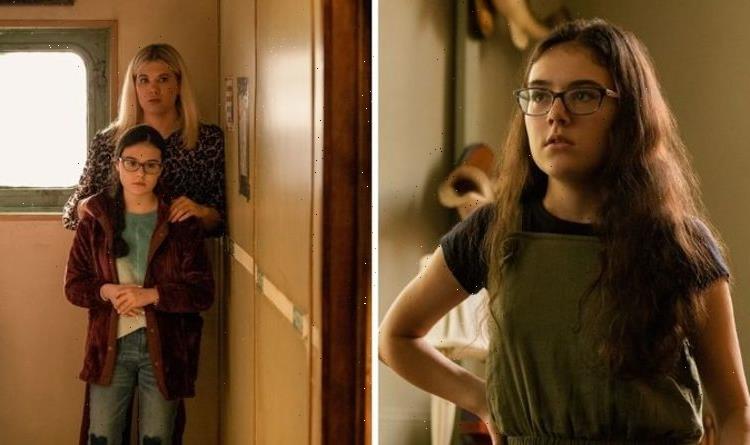 Outer Banks fans have continued to follow the journey of the Pogues with them once again chasing their fabled treasure. Season two of the Netflix series surprised fans with a number of game-changing twists and turns, with the group changing dramatically by the end. Joining them once again was Wheezie Cameron (played by Julia Antonelli), with some fans confused over how old the character is supposed to be.

How old is Wheezie from Outer Banks?

The Pogues are a group of mismatched teenagers, all coming together with the singular hope of finding treasure.

All the stars of the series are different ages from their character counterparts, but perhaps most notable is Wheezie.

Featuring more outside of the group when compared to the rest of the Pogues, Wheezie is the younger sister of Sarah Cameron (Madelyn Cline).

Older sister Sarah is 16 years old and known as a Kook to the rest of the Pogues, otherwise known as a rich person.

While it is never explicitly stated in the series, since Sarah is older it is widely accepted that Wheezie is 13 years old during the events of season one.

This is starkly different to the age of the star, as Antonelli is 18 in real life, giving her one of the biggest age gaps out of the entire cast.

In fact, she is the only cast member that is actually a teenager, with the rest of Outer Banks’ stars ranging from early to late 20s.

Fans have enjoyed, and sometimes been annoyed by, the character as she is known for interfering in her sibling’s life, trying to look out for her big sister.

This has even led to her ratting out Sarah to boyfriend John B (Chase Stokes).

Both Cline and Stokes are actually dating in real life as well.

Sarah and Wheezie have an unspoken bond and an undeniably close relationship, regardless of the pair occasionally butting heads.

Sarah has even nicknamed her sister Sneezie, with them both often covering for one another on more than one occasion.

She features more prominently in the second season, moving from a recurring role into a regular alongside her fellow castmates.

As for a third season, Netflix still hasn’t confirmed the renewal of the show.

Fans shouldn’t worry though, as it is typical for the platform to wait at least a couple of months before confirming more seasons.

Fans haven’t wasted any time in asking Netflix for the third season, with many of them taking to Twitter to share their hopes for the next instalment.

One fan wrote: “Outer banks need to hurry up with season 3!”

“I finished Outer Banks in 3 days & now I have to wait a year for the next season,” another added.

A third posted: “So…. When is Outer Banks season 3 coming out @netflix?”

While unconfirmed, all the main cast are expected to return, including Julia Antonelli as Wheezie.

Outer Banks seasons one and two are available to watch exclusively on Netflix.