A recent episode of Channel 5’s Our Yorkshire Farm showed the family attempting to deal with the lack of water, which was brought about by snowy conditions. Now on season four, the show explores the Owen family, consisting of Amanda, Clive and their nine children as they grapple living in one of the most remote farms in the Yorkshire Dales. The episode saw the family taking drastic measures in order to get water for the home.

After a period of heavy snow, the family had to pull together to find ways to cope with the resulting difficulties.

The episode saw 12-year-old Edith and five-year-old Clemmy collecting some water from a nearby river in freezing conditions.

Amanda, 46, said: “You do not realise how much water you use until you haven’t got any.

“Fortunately, we do have a river in close proximity to the house, but still it’s all to carry.” 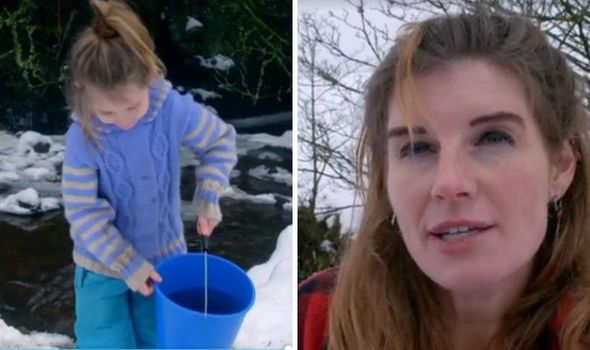 She continued: “We’ve had water off for 10 days before which was really, really bad.

“We had to go and check on the water tank which is about a mile away. So, the first challenge will be getting there.”

Amanda, Clive and two of their sons Miles and Sid set out in a farm truck to get to the tank.

Along the way, the family showed their novel approach to feeding their flock of sheep during harsh conditions. 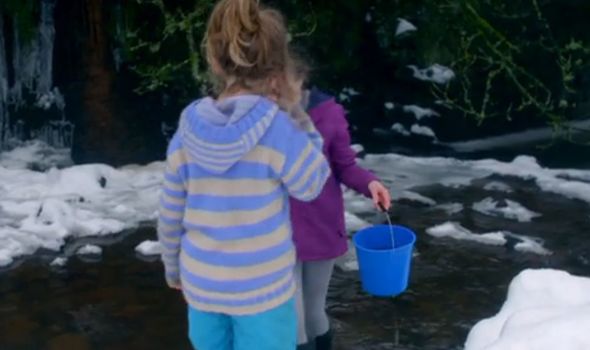 Amanda sat in the rear of the truck and chucked food out on the floor, where the sheep followed along to tuck in because the frozen weather had made the grass impossible to graze.

“It’s really difficult to feed the sheep well in the snow,” Amanda explained.

“Because obviously once that feed hits the ground it starts becoming soggy.

“So this is just a nice, quick way to get them fed without any mess – you just have to make it up as you go along.” 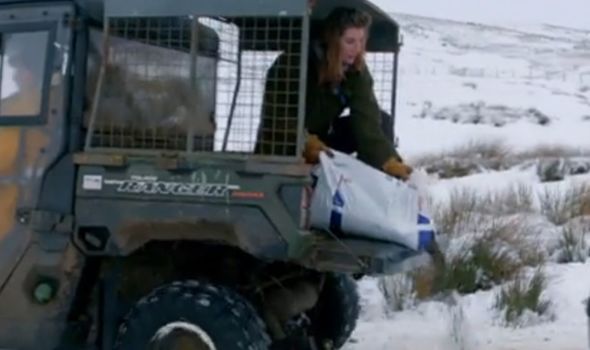 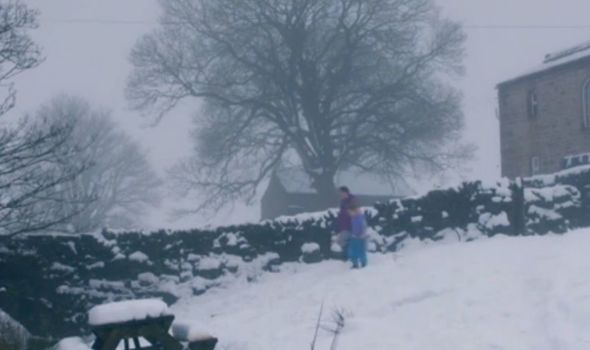 Eventually, they reached the water tank, which Clive said he had checked at 4.30am that day once he realised what the conditions were like.

He found the tank was empty and said it was a “bad way to start the day” as the pipe had also come apart despite the family repairing the damage in the morning.

“We have just come back now to see and I’m delighted to say that this tank is full again,” Clive said.

He added: “We’re not quite out of the woods, the pipes air locked from there to the house.”

He continued: “The best thing to do is leave it alone and eventually it will get the air out.”

Amanda explained that Sid and Miles enjoy helping out during tough weather periods.

“The worse the day – the more horrible it is, the more Sid and Miles actually want to come out and it’s useful having more hands on deck.”

Our Yorkshire Farm is available to stream on My5.