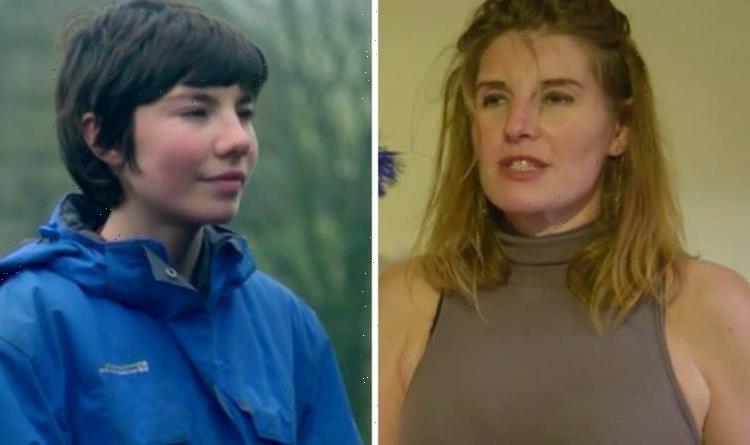 Our Yorkshire Farm: Miles picks which chickens to be slaughtered

Our Yorkshire Farm’s Amanda Owen and her husband Clive, along with their nine children, returned to screens on Wednesday when Channel 5 aired a rerun of a Christmas episode. During the festive instalment, their son Miles was faced with the tough decision of choosing which of his cockerels would become Christmas dinner.

Amanda, 47, and Clive, 67, have been trying to prepare their children for all the realities of keeping livestock for many years.

During the classic episode, which aired on Wednesday, Clive decided to show his son Miles an inevitable part of farming life.

The time had come for Miles to select which of his cockerels would be eaten at the dinner table on Christmas Day.

Clive explained to his son: “I’ll attend to them and then you lads can pluck them.”

Miles, who looked concerned at first about the prospect, said he wouldn’t feel bad as the birds were going to a good cause.

“It’s not like they are dying for no reason,” the youngster explained.

“Life and death is a part of farming, and I think it teaches these lads what it’s all about,” Clive stated.

“These cockerels have lived as chickens should live and as long as these animals are looked after and dispatched properly, then it’s all good.

“It’s good lad, as it’s all part of the process of you rearing chickens.”

Miles looked on with curiosity while his dad showed him the dead cockerels which needed to be plucked ahead of the Christmas dinner.

The farmer added: “I think it’s a good end to your summer really that you looked after these birds all the time and we had all those eggs and now we are going to have chicken to eat, so well done.”

Clive handed Sidney and Miles two dead cockerels and taught them to start plucking the feathers off the birds.

Sidney said it was his first experience of plucking a chicken on Ravenseat Farm and told his dad he enjoyed doing it.

A smiling Clive replied: “It is good, isn’t it? It’s not a terrible thing at all.”

Miles added: “I think it makes you appreciate all the work you have to go through until it’s ready.”

Clive agreed with his son and said it is easy to take things for granted when you buy an oven-ready chicken in a supermarket.

Later on in the episode, Amanda and her brood were getting ready for a Christmas Day feast.

Amanda said: “Miles has provided Christmas dinner for the family – usually it would be a giant supersized turkey but this year we’re having chicken.”

She added: “He’s looked after them and now they are looking after us, so it’s like the circle of life.”

Our Yorkshire Farm episodes can now be streamed on My5.