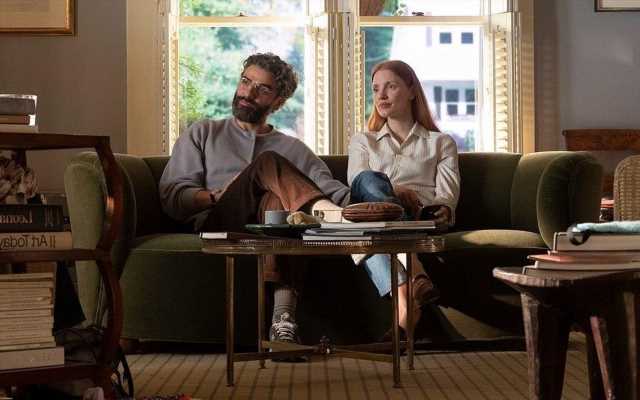 The ‘Moon Knight’ actor insists he and his ‘Scenes From a Marriage’ co-star ‘have a lot of trust in each other’ so he didn’t feel awkward shooting intimate scene with her.

AceShowbiz –Oscar Isaac didn’t feel uncomfortable filming sex scenes with Jessica Chastain despite their long friendship. The “Scenes From a Marriage” co-stars have been close pals for years but the 43-year-old actor insisted they were relaxed on set because the level of “trust” between them.

“I don’t know, generally. I guess with us, we have a lot of trust in each other,” he told “The Jess Cagle Podcast” with Julia Cunningham when asked about any potential awkwardness. “We’re really in the whole play of the whole thing, it didn’t feel that awkward.”

Oscar also praised the way the scenes were shot and insisted the repetitive nature of filming more intimate moments can actually be what makes things difficult.

He laughed, “I think also actually having some length of time – you know what can be really awkward in those scenes? When you’re kind of having to do one move for a long time. Because sex, generally – I’ve never had it, but I hear it progresses from one stage to the next.”

“But because of the nature of some of these, we could have a little story to the lovemaking. So, that was good!”