Only Fools and Horses: Del Boy visits his mum's grave

Only Fools and Horses may have aired its final episode in 2003 but that hasn’t stopped fans from re-watching the classic BBC series. In a sketch which originally aired in the 1989 episode called Danger UXD, Del Boy (played by Sir David Jason) and Rodney Trotter (Nicholas Lyndhurst) were seen having to deal with two blow-up sex dolls. And what fans may not have realised, is the writer of the comedy, John Sullivan, was so worried about the BBC canning the footage that details of the plot were kept a secret from comedy chiefs.

In a new documentary which looks back on the success, Only Fools and Horses had and still has with fans of the small screen, Art Director Alison Rickman reveals the efforts the team went to keep “the whole episode hush-hush”.

“They were very frightened of being censored and then being told they couldn’t do it,” she said.

“Most blow-up dolls have an open mouth.

“But we couldn’t show that, so somebody altered the faces to make them more suitable for television because we knew we wouldn’t be able to broadcast it, and we wanted to do the gag which involved the dolls and them being inflated. 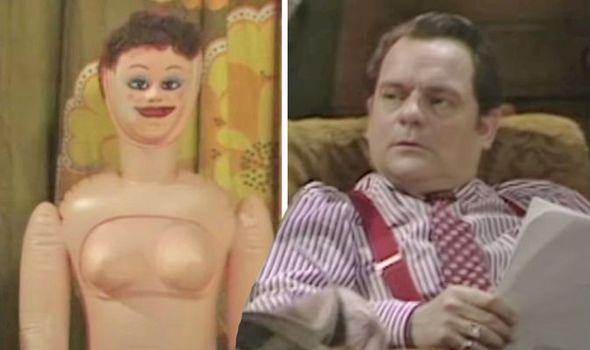 We will use your email address only for sending you newsletters. Please see our Privacy Notice for details of your data protection rights. David Jason details how Only Fools and Horses role is taking a toll

“That was an important for part of the whole story,” Alison continued to Channel 5.

Fans will remember how the dolls first emerged one afternoon when Del and Rodney and Uncle Albert were reading the papers.

Strange noises started emerging and at first, the two men thought their Uncle was to blame.

“Most funny sounds in this flat tend to emanate from your vicinity,” Rodney argued.

Despite Uncle Albert’s protests, the noises kept occurring and Del asked: “What is that funny noise?”

After a quick search around the flat, a blow-up sex doll popped up behind the bar, scaring them to death.

Del and Rodney gave the sex dolls names, Pepsi and Shirlie after the Eighties pop act who started out as the backing singers for WHAM!.

The knock-off adult toys that market trader Del hoped to flog were, unbeknownst to him, in fact, filled with toxic gas. 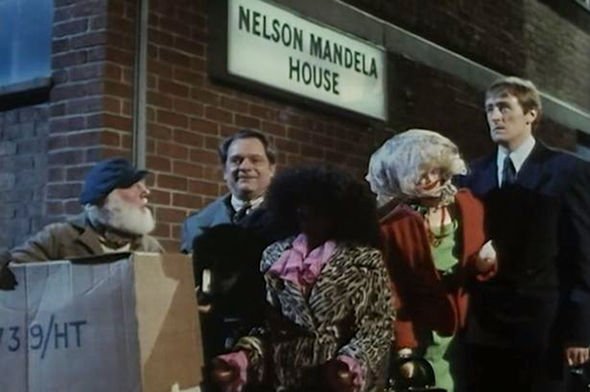 “You better not be having me on Rodney,” Del commented before stuffing the dolls into the back of Rodney’s yellow car in order to dispose of them.

The duo then drove to an abandoned lot and threw the dolls into a pile and stood back.

“They were making a funny noise, like something was going to happen,” Rodney explained. “Del, them dolls are dangerous, they’ve been on the news everywhere!”

After feeling like they were wasting their time, Del encourages Rodney to go and retrieve the dolls, but as they walk towards them, an explosion occurs, throwing the men backwards.