Rejection is a stock-in-trade for any actor, but some knock-backs hurt more than others, as Stephen Curry well knows.

Not so long ago, the 42-year-old auditioned for a small role in the Jim Carrey series Kidding, as one of a pair of puppeteers who spend most of their working lives inside a horse costume – and he didn't get it.

"I wasn't good enough to play the arse-end of a horse," he says.

He really tried, too. His scenes were just one-liners, not much to work with at all, so he improvised, writing a monologue about what it felt like to be an actor playing an equine rump on a children's television show.

"I thought I'd either crash and burn or they'd call Jim Carrey to come and see it," he says.

So, did you at least get a response?

A curry with Curry is a lot of fun. He's confident enough in his skills as a performer to talk with ease about the lows as well as the highs of his 30-odd-year career. He's ambitious enough that he's written a TV series with his producer brother Andrew – "sort of like a Wonder Years set in Melbourne in the 1980s" – and hopes it will fare better than the handful of other projects they've developed together over the past 15 years or so. 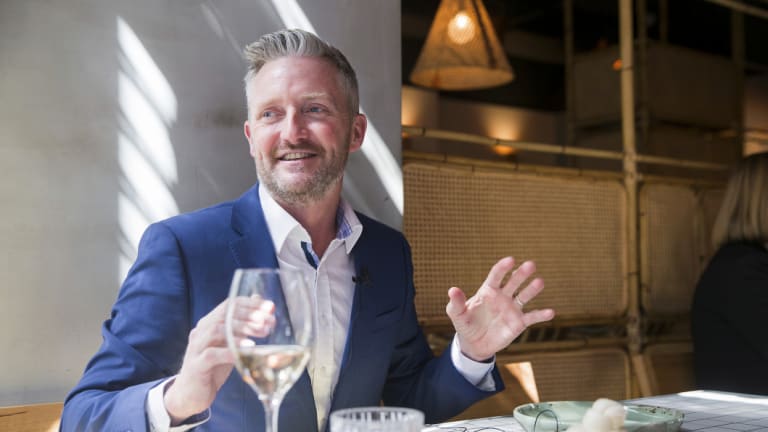 And he's humble enough to admit that he owes much of his rather healthy career to a single role.

"The reason I'm sitting here with you now is The Castle, 100 per cent. You're lucky to have one of those in your lifetime. Everyone should have one of those," he says as we tuck into the magnificent Asian-tinged burrata and tomato salad, lime-cured hapuka in betel leaf, and pig's-ear banh-mi at stylish modern Vietnamese eatery Uncle on Collins Street (an off-shoot of the St Kilda original). 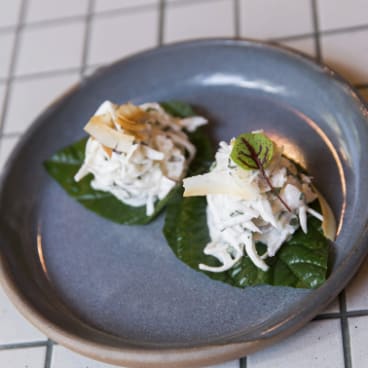 Curry had been acting since joining a children's theatre troupe aged nine, and had been landing work as an extra – along with his four older siblings – from his early teens. But by the time he tried out for the role of Dale Kerrigan, the narrator of The Castle, he was on a long losing streak.

"I suppose apathy was pretty close to setting in and then The Castle came along. That was a massive break. In 22 years since, I haven't had a real job because of that film."

On the downside, he admits it gave him an unrealistic sense of what it is to do a movie in Australia. "You work for 11 days and everyone sees it, and then you get it quoted back to you every day of your life thereafter." 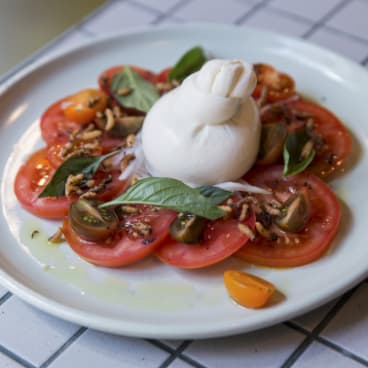 "Oh yeah. But if that's the worst thing that happens to me, it's brilliant. I've done a bunch of films since then that nobody quotes back to me."

Curry won an AFI award in 2007 as best lead actor in a TV drama for The King, the telemovie about Graham Kennedy that featured the rather bizarre spectacle of Curry's Kennedy making a pass at a man played by his actor brother, Bernard.

At the premiere screening at ACMI, their accountant father sat between them. He had no idea what was coming, and as the awkward scene played out on screen his only response was a little cough to clear the throat.

Afterwards, Stephen asked what he thought of it. "'Two things,' he said, and I thought, 'Oh, here we go'. 'First thing, the ring tone in the 1957 telethon was actually an American ring tone. And secondly, it was never actually proven that Graham Kennedy was a homosexual.'

"That was his review of The King," says Curry. "I still don't know to this day if he took it in or just thought it was a weird conversation between two guys."

Curry senior was an accountant, but in an odd way he was the one who sowed the seed for the acting bug that bit all five Curry kids.

"Dad was actually the first one to be on telly. He was a government supervisor for Tatts."

One of Curry's abiding memories is of going to the Channel Seven studios in South Melbourne for the televised draw. "We saw Dad being made up – you don't see too many CPAs being made up – and there was a biscuit table, we ate Monte Carlos, I had coffee for the first time. I met [host] John Deeks, shook his hand. And I thought, 'I kind of like this television thing'."

Another indelible memory: his first role on stage.

"I had one line, which was really only one word, and not even a real one – 'fantabulous'. I said it and Mum laughed, there was bright light and a clap at the end. Even to this day I get a tingle thinking about it."

The lure of the laugh has never really left him. Though he has never done stand-up, Curry is best known as a comedic actor, through sketch TV and comic movies and series, as well as those Toyota ads, which may have done as much as anything to endear him to middle Australia.

There have been straighter roles too, of course – in Time of Our Lives and Cloudstreet, for instance – but, he readily admits, "I've never really been on people's radar as a dramatic actor". 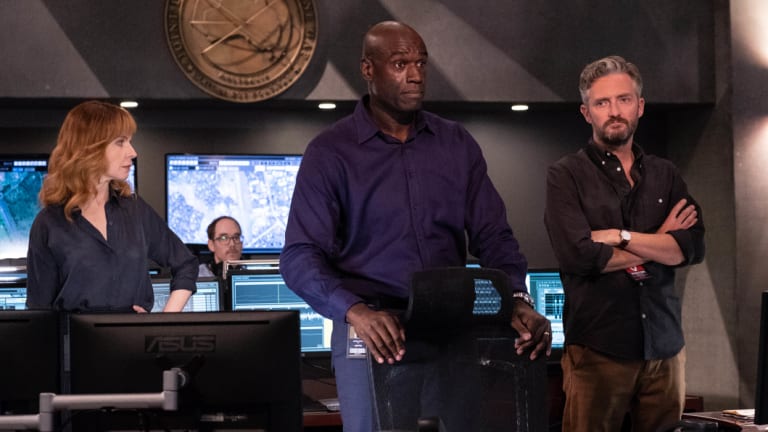 That changed drastically with 2016's low-budget serial-killer thriller Hounds of Love, in which Curry and Emma Booth play a couple who pick up a young woman (Ashleigh Cummings) while driving in suburban Perth with the explicit intention of sexually torturing her before killing her and dumping her body in bushland (Ben Young's critically acclaimed debut feature was not-so-loosely based on the true story of David and Catherine Birnie, and the woman who escaped their clutches in 1986, Kate Moir).

"I'd been waiting for years for a role like that," he says. "I didn't realise it was going to be that dark."

The casting director had presented Young with a selection of hard types, but also tossed a photo of Curry into the mix. "And he saw my face and just had a laugh to himself. Then he thought about it. 'Who wouldn't want to get in a car with Stephen Curry?'"

The role got him an agent in the US for the first time – from whence came the invitation to audition for Kidding – and a change in perception.

As a top-level spy in the ABC-Netflix co-production Pine Gap, he says, "I'm a bit of a prick, and I probably wouldn't have been considered for that had it not been for Hounds of Love."

In the forthcoming Ten sitcom Mr Black, he notes, "I'm a total prick, even though he's a comedy prick. All of a sudden I can't get cast as a nice guy any more."

Thankfully, the real life Curry is a different matter. He’s come to lunch from a morning at the pool, playing on the waterslides with his son, who has just turned six. Tomorrow it will be go-karts and 10-pin bowling as the Festival of Arlo moves into its second day. "He's pretty pumped for that," he says.

Curry and his wife, Naadein, also have a four-year-old, Beau. They've been married eight years, and together 18.

"We met at Revolver nightclub, 10am on a Sunday, where all good relationships happen," he says. "She wasn't that into me."

It was about three years after The Castle came out but Naadein, who is Scottish, hadn't seen it. Which was fine by Curry.

"I'd realised by that point that anyone who was going to sleep with you because you're Dale Kerrigan isn't a keeper."

They had a mutual friend in Lucy McKeown, sister of Jimeoin, who was determined to get them together. In fact, she went to extreme lengths to make sure it happened. 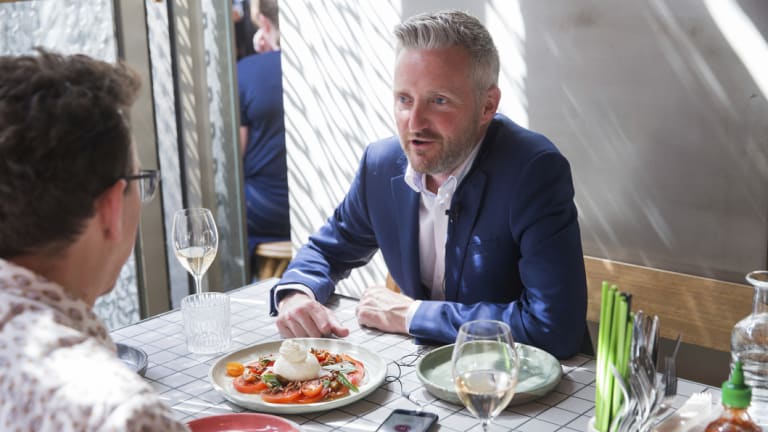 "One night Lucy drove Naadein around, confused her, dropped her off and took off – and she was outside my house," he says, the story coming back to him with a jolt even as he shares it with me over a bowl of wagyu shin curry with okra and daikon.

With no money and no way of getting a cab, Naadein had no option but to tap on the door of Curry's house. His brother opened it, and said sleepily, "it's the third door down".

Nothing happened that night, Curry insists. "We were just mates at that point, so I just gave her shelter for the evening."

But looking back, it was clearly another one of those welcome surprises where life turned for the better.