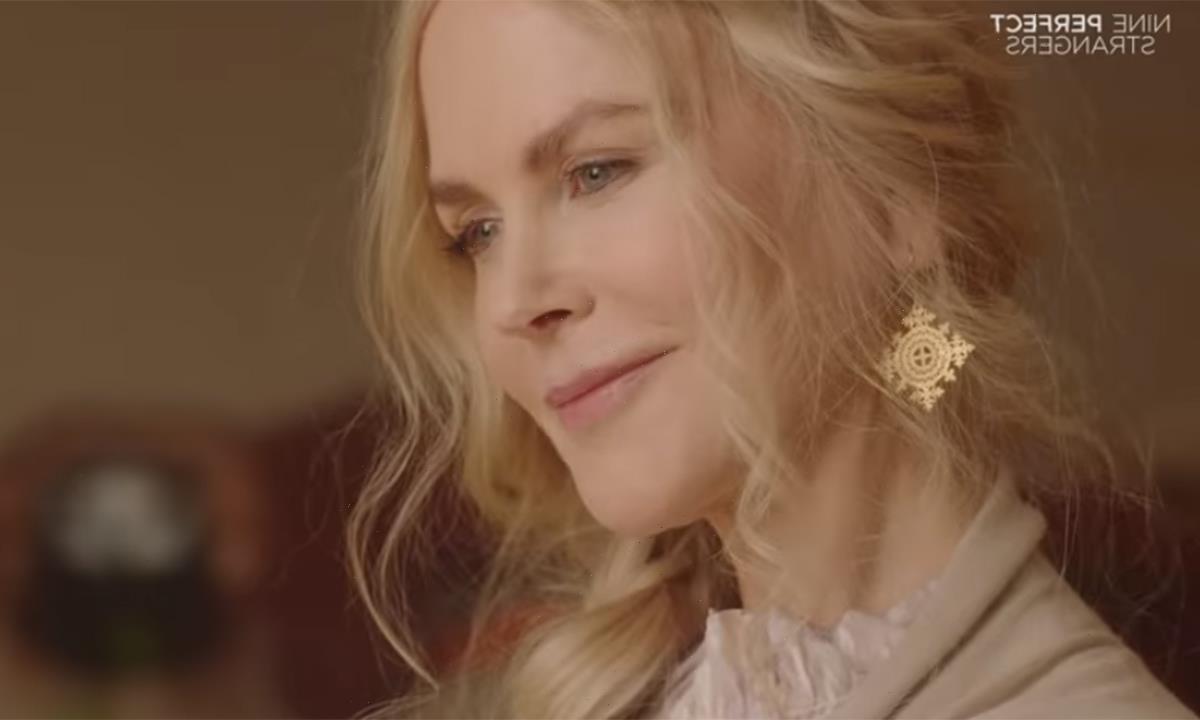 A first look at upcoming drama Nine Perfect Strangers starring Nicole Kidman has been released – and it looks brilliant! Streaming platform Hulu dropped a mini-trailer on Sunday of the brand new series based on the 2018 novel of the same name.

In the trailer, Nicole can be seen alongside many other major names such as Melissa McCarthy, Luke Evans and Regina Hall in what’s a highly-anticipated new series adapted from Liane Moriarty’s book – the writer behind Big Little Lies and The Husband’s Secret.

The book and TV series focuses on Tranquillum House – an expensive and exclusive wellness retreat in Australia that promises a ten-day “mind and body total transformation” and is run by the mysterious Masha. However, judging by the trailer, it looks like there’s going to be more to the story.

Nicole plays Masha, the leader of Tranquillam House who aims to provide visitors a complete detox from their everyday, hectic lives. In the sneak peek video, shared on Hulu’s official Twitter account, Masha can be heard saying: “You wanna get well? You wanna heal? Surrender yourself to me. We are on the precipice of something great,” in a haunting voice.

MORE: The first trailer for West Side Story is here – and it looks amazing

MORE: Everything you need to know about Lily James and Dominic West’s racy new period drama

Bridesmaids star Melissa McCarthy will be joining the Big Little Lies actress, playing the part of Frances – a romance novelist who visits the retreat in search of relaxation. Alongside Melissa, the aforemention Luke Evans and Regina Hall, Bobby Cannavale and Michael Shannon are also set to appear.

There’s yet to be a release date for Nine Perfect Strangers, however fans are already on a countdown to watch the new series. Under Hulu’s post revealing the mini-trailer, one person said: “Omg this book was so good I’m SOO excited for this.”

A second echoed this, writing: “Omg omg omg I read the book already!!!!! My friend told me about this and I did not believe him!!!! The book is a must.” A third said: “Seriously? I wanna know when this comes out NOW.”