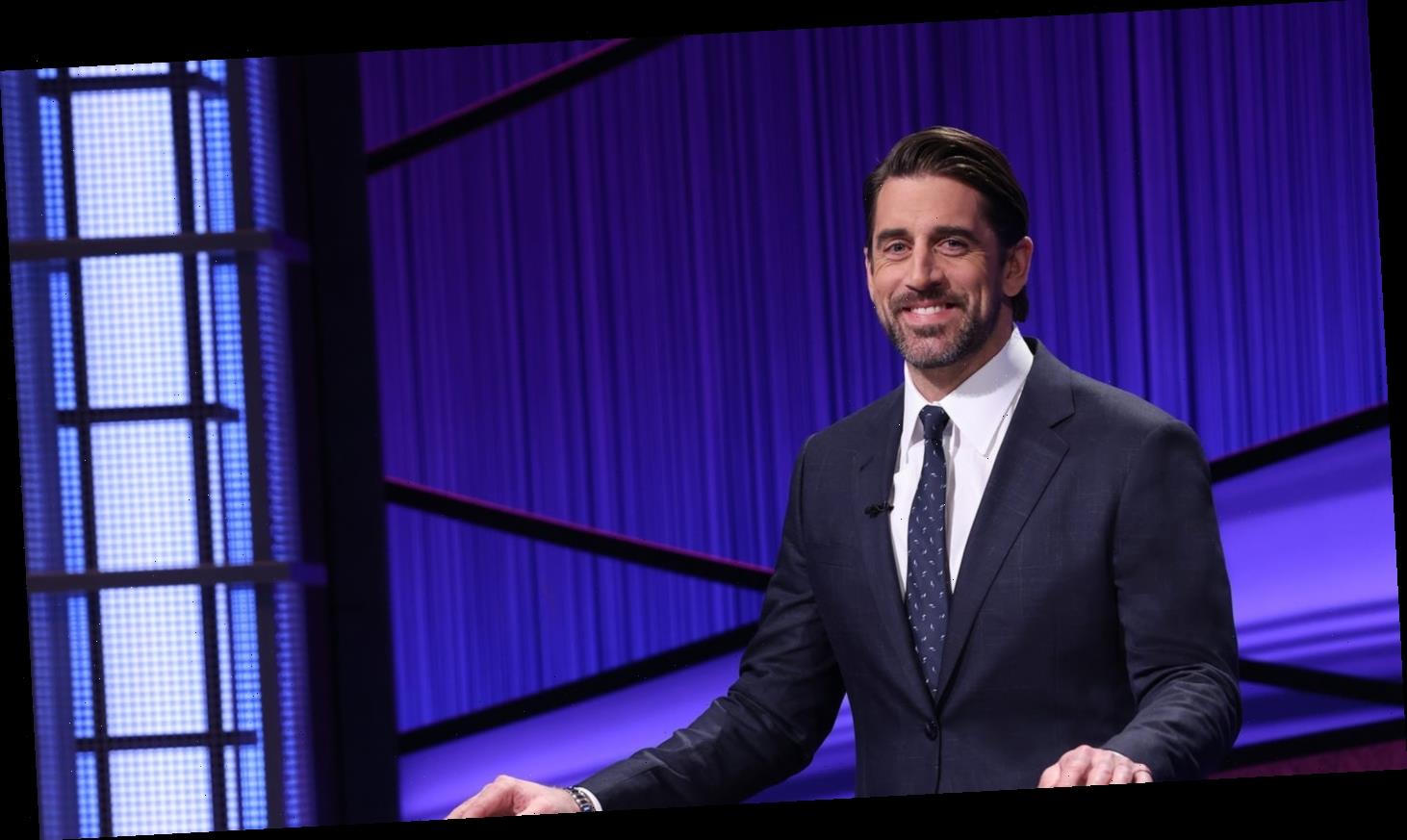 The Green Bay Packers quarterback and onetime Super Bowl champion is next up as guest host of the quiz show, temporarily filling the wide gap left by the death of Alex Trebek, who died in November of pancreatic cancer, as producers seek a permanent host.

This interview has been edited and condensed for clarity.

Question: It’s fun to see all the guest hosts come in, and you obviously have a history with the show. Why did you want to host it, and how did that came about?

Aaron Rodgers:  I’ve been a huge fan of the show forever, as long as I can remember. The show has been something I’ve watched, whether it’s with my grandparents for years – 16 to be exact – in Green Bay at 6:00.  “Jeopardy!” airs first and then “Wheel of Fortune” afterwards, and 6-7 is my game-show hour. So I’ve loved the show for a long, long time.

When the opportunity came up in 2015 to go on, it was an absolute no-brainer and super exciting, one of those bucket list-type opportunities. And I always wanted to go back on the show to do another “Celebrity Jeopardy!” Unfortunately, it was Alex’s passing – there was an opportunity that arose to guest host. And I looked at it as a once-in-a-lifetime opportunity.

Q: Did playing in that celebrity tournament six years ago help you in this hosting stint?

Rodgers: Watching the show definitely gave me the wherewithal to compete in 2015 and understand the game, but I went back and watched loads and loads of episodes over and over again from the host’s perspective. And that’s what gave me the most confidence going in. I wanted to be as prepared as possible. I thought the best way to honor Alex’s legacy was to really understand the game inside out and to do his memory justice by having the same approach to hosting that I would to any game I’ve ever played. And to be super, hyper-prepared and have a really tight focus.

Aaron Rodgers warms up before a Chicago-Green Bay game in November 2020. The Pack went on to win its second consecutive NFC North divisional title, with a 13-3 record. (Photo: The Associated Press)

Q: Even even though you came prepared, was hosting harder than you thought it would be?

Rodgers:Of course. I do appreciate the practice games that we went through with some of the writers and researchers. But once the game started, there were definitely some nerves standing in the side stage and hearing my introduction and knowing I was going to walk from behind the board and have to take control of this game for the entire day. It was pretty special; nerve-wracking, but it was like an (NFL) game, almost, where you’re just kind of waiting for those introductions to run out of the tunnel.

Q: Well, you looked spiffy in the suit. Did you have any special memory of Alex from the time that you competed on the show?

Rodgers: A lot of memories. The first special one was (when) he walked in the green room, and if you’ve ever been around somebody who has such an incredible charisma, there’s an energetic shift when that person enters the room. I’ve been around a few people over the years who kind of have that special charismatic way about them, and Alex was definitely one of those people.  Getting the chance to meet him for the first time was really, really special. Because we did a practice game and Jimmy from the Clue Crew did the guest hosting. But when Alex walked in, you realized, ‘Man, I’m on ‘Jeopardy!’ right now. This is real.’ And it was a really special moment.

When we did our interviews after the first commercial break, he was talking to me about my championship belt celebration that State Farm made famous, the commercials that I did over the years. And I teased him about maybe doing one after doing a good show, and then he did this big belt thrust thing afterwards. I think that’s what made him so endearing was just how much he enjoyed being there. I just really appreciated the chance to get to meet him and talk to him and have the asides during the commercial breaks. Obviously, winning and getting to shake his hand was an all-time moment.

Q: If you had to pick, after you retire, what would be more fun: being an NFL TV analyst or hosting “Jeopardy!”?

Rodgers: Not even close: Hosting “Jeopardy!”

Q: And if they came to you and said, “Would you do this now?” what would you say?

Rodgers:Hell yeah, I would. Look, it’s my second-brain job. I love the show and have a deep, deep affection for it. Not only is it a nostalgic connection to my childhood, but it’s a really special show to me and I had a great time with everybody that works there.

Rodgers:She will be, for the next two weeks.

Q: Have you guys decided when you’re getting married?

Q: You did keep the engagement a secret for a long time. How did you manage that?

Rodgers: Well, COVID was a big help with that, because it just wasn’t the same amount of travel. Wearing a mask all the time gives you just a little bit more anonymity. But we spent a lot of time together during the season, and then she was off doing a movie really shortly after we got engaged.