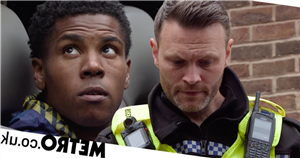 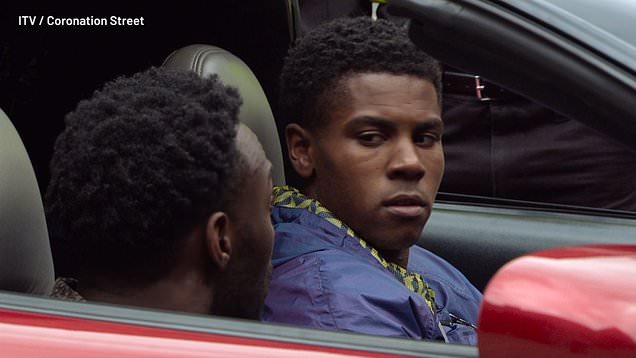 James and Michael Bailey (Nathan Graham and Ryan Russell) are pulled over by the police in upcoming Coronation Street scenes.

The siblings decide to take a sports car for a drive, after James is offered £30,000 for an interview.

A policeman, however, stops them and begins to question the duo about who who owns the vehicle they’re driving.

James explains that he’s taken the car on a test drive, but PC Brody isn’t satisfied, and asks to see his license.

Both Michael and James want to know the reason why they’ve been stopped, but the angry policeman refuses to give them one, instead asking James to step out of the car.

Subsequent scenes will see James arrested and handcuffed, before he trips and injures his leg. 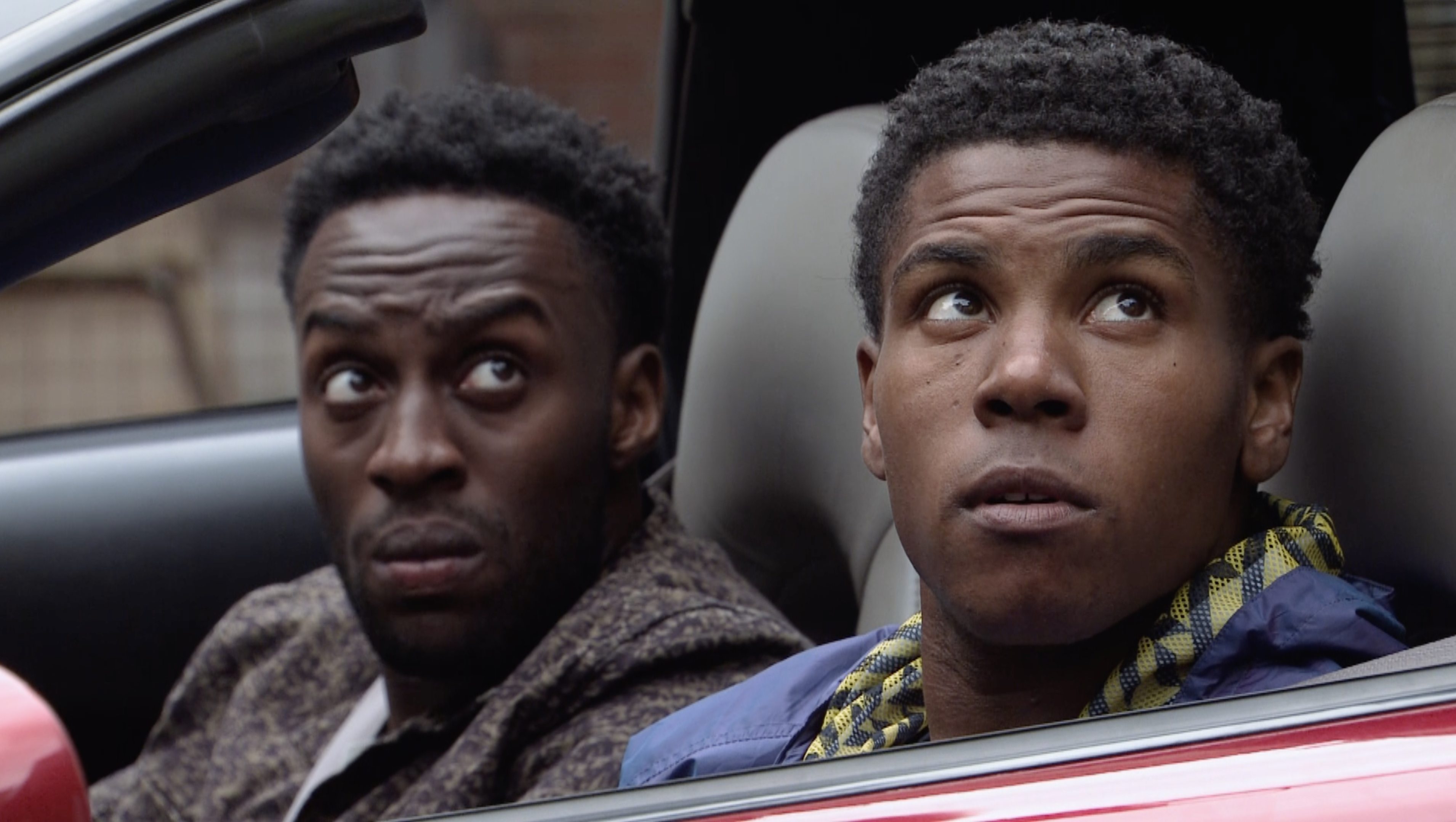 Michael, having been told by Brody to stay in the car, watches on in horror, convinced he and James are victims of an unprovoked racist attack.

‘This has happened to Michael in the past,’ explains actor Ryan Russell, who plays Michael, ‘so that experience combined with the recent events involving Grace being stopped by a security guard has made him feel aggravated.

‘He feels like the reason he and James have been stopped is because they are two black guys in a car and he also doesn’t get the answer he needs when he calls the police out on it.

‘When the police don’t give Michael a valid reason for why he has stopped them, it solidifies what he is thinking.’