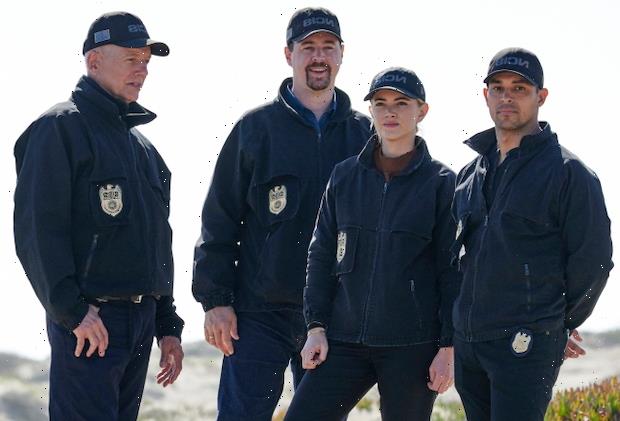 The following contains spoilers from the NCIS Season 18 finale.

A major departure teased in the NCIS Season 18 finale is indeed official, given what the character’s portrayer has since shared on Instagram.

At the close of Tuesday night’s season ender, Torres (played by Wilmer Valderrama) came to realize that Bishop (Emily Wickersham) had purposely outed herself as the leaker of NSA intel, 10 years prior, so as to cast herself as a “disgraced NCIS agent” and embark on some sort of covert mission, with Ziva’s pal Odette as her handler of sorts. Before slipping away on what she expected to be “too long” of an op, Bishop said, “I didn’t mean for us to happen,” then pulled Torres into a warm kiss.

TVLine readers gave the explosive finale, in which Mark Harmon’s Gibbs also engaged in a bit of subterfuge, an average grade of “B+.”

Wickersham, who joins the CBS drama in Season 11 — not long after series vet Cote de Pablo’s final episodes as Ziva David —  confirmed her exit via Instagram, writing that she is “Hangin this hat and jacket up.

“What a great ride it’s been,” the Sopranos alum continued. “This cast, this crew, are top notch. I can’t say enough kind words about this group that I’ve had the pleasure of working with for close to 8 years now and 172 episodes later. This business is finicky and weird and consistency is a rarity. I’ve been lucky enough to be a part of a show where I got to show up and act and laugh and learn with wonderful people. A moment in time I surely won’t forget. Thank you CBS and NCIS for including me in a part of television history. Time goes fast. Eat it up but chew slowly. ❤️”

Co-star Brian Dietzne, who plays Jimmy, commented on the Wick’s post, “So damn proud of you my friend. Also, I’m gonna miss the hell outta you on set. I can’t wait to see what you do next. Whatever it is, I’ll be there in the front row.” While Diona Reasonover, who plays Kasie Hines, wrote, “Thank you for everything, friend.”