Eric Beale (played by Barrett Foa) has been AWOL from the team so far in NCIS: LA season 12 following his exit last series. CBS viewers have been eagerly awaiting his return and reunion with Nell Jones (Renee Felice Smith) but have been rather disappointed that he hasn’t popped back up so far in the latest season. However, Eric will indeed be back and a first-look clip from episode six, If the Fates Allow, has teased he’ll be making quite the reintroduction.

The team have addressed Eric’s absence so far this season, with Kensi (Daniela Ruah) and Deeks (Eric Christian Olsen) saying he was currently enjoying a vacation.

However, NCIS: LA fans know he was actually on a secret investigation.

But now he’s back, and he makes quite the entrance in episode six as he reunites with romantic flame Nell.

In a short preview, Nell and Kensi are together at HQ before the former becomes rather flustered and apprehensive. 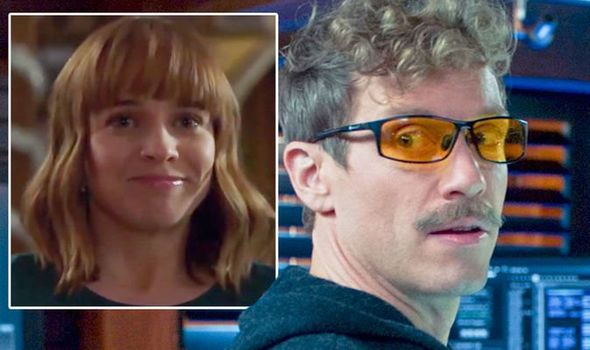 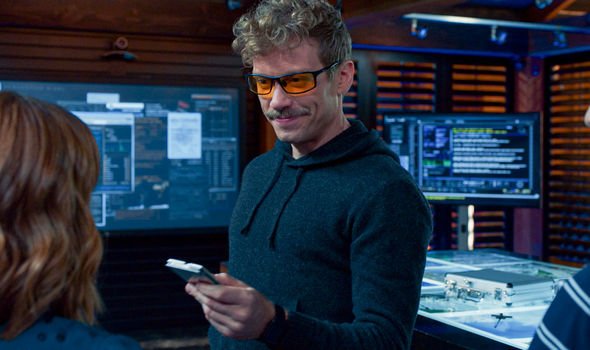 “Ummm, he is not supposed to be here yet,” an overwhelmed Nell replies as she frantically presses buttons on the tablet.

Nell continues: “He’s not supposed to be here yet. He’s early.” 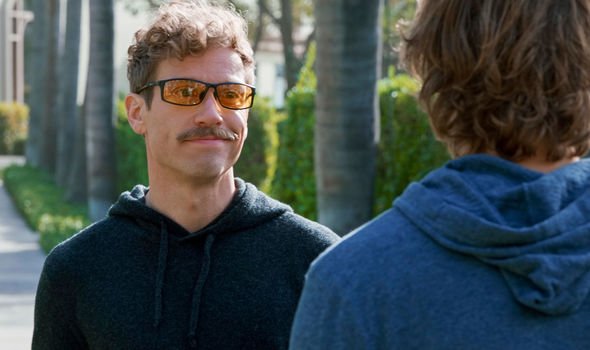 “What are you talking about?” Kensi asks again, finding Nell’s change in attitude amusing.

Before she can respond, the doors open and a man enters on a self-balancing Segway and a briefcase in hand.

Nell watches him enter with a stunned look on her face while Kensi gazes at him looking rather puzzled.

As the scene progresses, the hooded figure is revealed to be none other than Eric.

Suddenly, Nell’s facial expression turns from surprise to excitement at reuniting with her boyfriend.

“Hey,” a beaming Eric casually says to the two. “Did you miss me?”

Both Kensi and Nell are left standing in silence by his arrival but it’s clear to see from the latter’s face that she’s over the moon Eric’s back.

But what news will Eric be returning with? After all, the briefcase he arrived with must carry valuable intel as it’s handcuffed to his wrist.

And will his return mean he and Nell will be able to get their romance back on track after so long apart?

Fans will have to tune in on Sunday to find out for sure.

But now he’s back, it looks Eric will be hanging around for the foreseeable future in season 12.