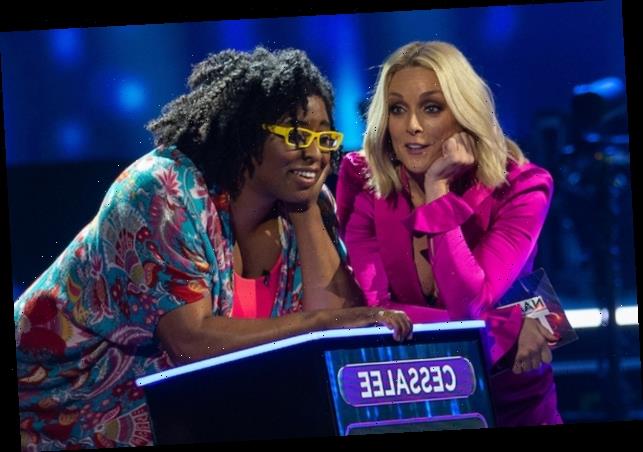 Fox this Wednesday night cued up its revival of Name That Tune, the musical quizzer that dates back to the 1950s (when it was on a thing called radio) and most recently was a syndicated 1980s daytime show. Does the new version — all together now — hit the right notes?

Now, Younger Matt loved the old Name That Tune, which really is one of the great “play along at home” quiz shows. The Bid-a-Note round, for which it is best known, really drummed up the drama back in the day.

The Fox reboot is hosted by 30 Rock and Broadway vet Jane Krakowski, who about midway through the first episode really seemed to hit her stride. There’s a bit too  much of the “Why yes, Kyle, that was [insert song title]!,” but her brief tap-dance duet with a contestant, the cute moment pictured above (where Cessalee knew but could do nothing with the song title “Tequila”), and her clear desire to boogie when the house band gets rocking, brought out her personality and skills as an entertainer. 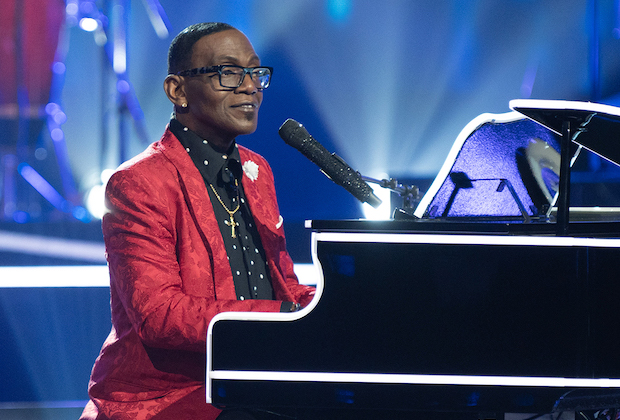 The house band is led by American Idol alum Randy Jackson, and for a while there during the first episode, you had to worry that he had painfully little to do. And when he had the task of awkwardly describing the unceremoniously revealed bonus prize Cessalee had won (a coffee maker, I think?), you really worried.

I reckon the producers sensed this as well, and aimed to up Jackson’s profile with a segment called “Get Deep With Randy,” in which he passes along some advice (in one instance, via Sinatra) to the player entering the Golden Medley round. He also taps out the sparse piano notes during Bid-a-Note round, as well as jams with the band going into the commercial break. (If you were wondering, as I did: Jackson lost 100 lbs. since undergoing gastric bypass surgery in 2003, after being diagnosed with type 2 diabetes.)

The game play is such: In the first two episodes screened, the first round is either “Title Track” or “By Request,” but they were nearly identical. You’re given a category, a song is played, and the two contestants try to buzz in first to correctly name that tune.

The two players then head into the Bid-a-Note round, where correct answers fetch $10,000 to $25,000 each. Now, I know the drill — if the clue spells it out enough for you, you’ll boldly offer to “name that tune in one note.” But man, some of these clues were large-print road maps leading straight to the song titles. (“This tune had Maverick gasping for air“!) There was little drama when someone dared to hear just one note.

I did wonder how many notes used to get bid on in the classic Name That Tune. Here, no one seemed to start higher than seven, when apparently as many as 10 can be played for you. (Maybe the players are simply nudged to hurry things along.) Any other Olds out there recall?

The player with the most winnings after Bid-a-Note proceeds to the Golden Medley round, where they have 30 seconds to name seven tunes, for $10K each — and if they get them all, the prize is rounded up to $100K. This is the round that truly separates the players from the posers, tapping purely into your encyclopedic musical knowledge. Add in the fact that some of the arrangements might throw you a bit (so much synth!), and seeing someone run the board is pretty exciting — for them and, clearly, Jane.

What did you think of the new Name That Tune? Or are you simply glad Ken Jeong isn’t hosting?