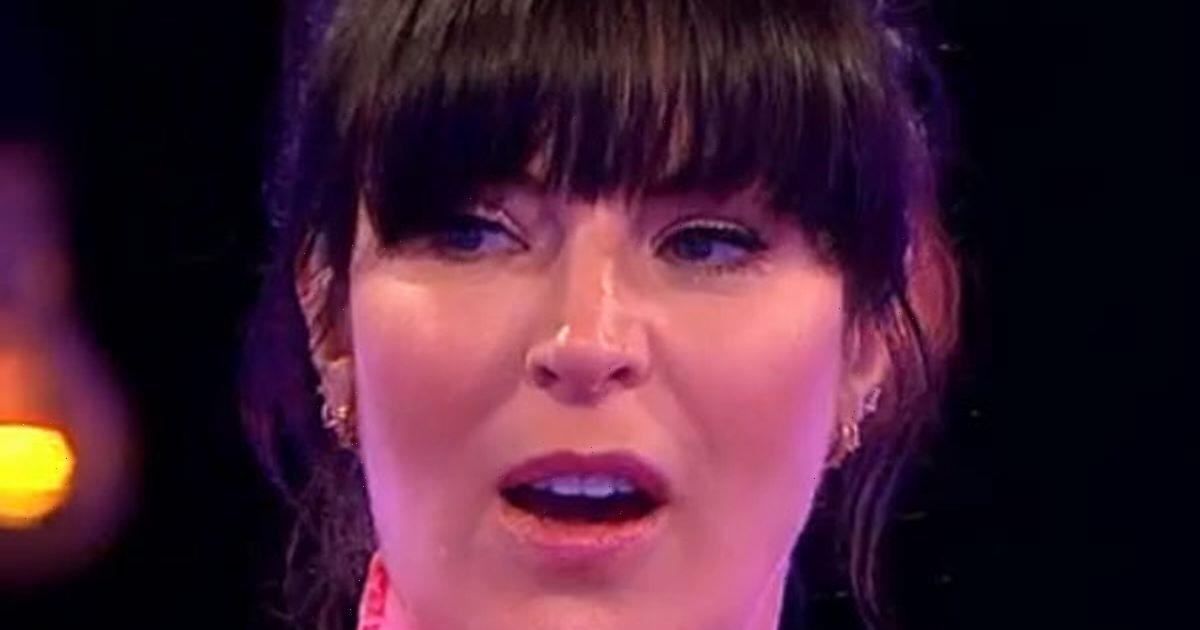 Naked Attraction host Anna Richardson told one of her daters that he reminded her of the film American Psycho after he told her he liked watching himself have sex.

The saucy nude dating show returned to Channel 4 on Monday night (November 21) with Charlie, a 20-year-old student from Leeds looking to spruce up his love life.

He admitted he found it tough talking to girls and was quick to admit he was a "dating disaster".

However, he left host Anna floored when he admitted he liked watching himself in the mirror whilst doing his bedroom business.

Charlie's racy mirror admission came after Anna asked him: "Are you kind of like looking in the mirror?"

He couldn't help grinning as he replied: "If there's a mirror going, yeah, yeah, yeah."

Anna replied: "It does sound a little American Psycho, but okay."

The presenter was referring to the hit 2000 film which stars Christian Bale as a psychopath and famously includes a scene where the character watches himself have sex in the mirror.

The singleton looked rather red faced at the comparison but luckily he saw the funny side of it as he agreed, telling her: "Now you've said, that's so American Psycho, init! Right."

But Anna couldn't help giggling at her quip too before he added: "I've got to stop saying that!"

Although Charlie's date was successful, she was left disappointed as he didn't text her back enough after they hit it off.

She stayed over at his house and the pair revealed they did the deed, but she gave him a grilling when they reunited at the end of the episode.

However, they seemed to end on good terms, so romance may have been on the cards after all.

This is a live TV story and is being constantly updated. Please refresh the page regularly for the latest news, pictures and video.

You can also get email updates on the day’s biggest TV stories straight to your inbox by signing up for our soaps and Hot TV newsletters .

Get all the very best news, pictures, opinion and video on your favourite TV shows by following Daily Star every time you see our name.

Keep up-to-date with your must-see TV stories, features, videos and pictures throughout the day by following us on Facebook at facebook.com/DailyStarShowbiz