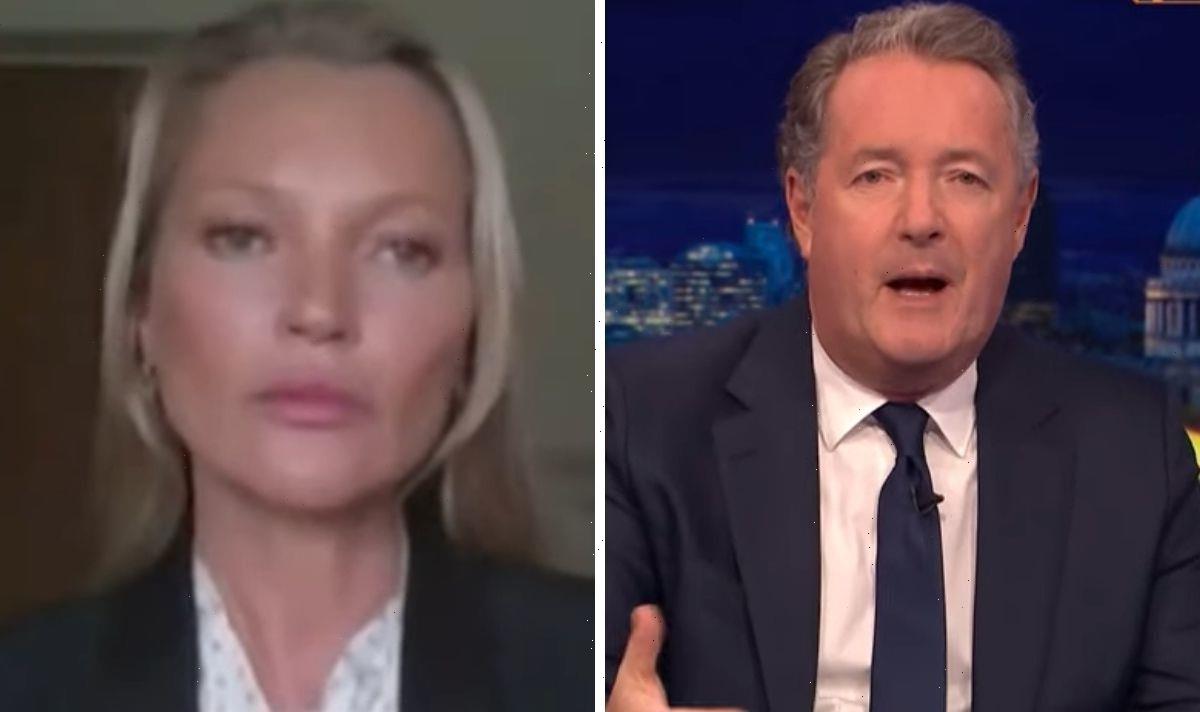 On Wednesday, model Kate Moss appeared via video link to give evidence in the Johnny Depp and Amber Heard court case. The supermodel, who once dated the Pirates of the Caribbean actor, addressed whether or not she had been hurt by Mr Depp. Aquaman star Heard claimed she heard rumours Mr Depp had pushed Ms Moss down a flight of stairs during their relationship.

However, during Ms Moss’ testimony on Wednesday, she stated Mr Depp never pushed her down the stairs.

She told the court via video link from England: “As I left the room, I slid down the stairs and I hurt my back.

“And I screamed because I didn’t know what happened to me and I was in pain.

“He came running back to help me and carried me to my room and got me medical attention.”

“He never pushed me, kicked me or threw me down the stairs,” Ms Moss added.

During Piers Morgan’s show Uncensored, the former Good Morning Britain host spoke with one of Ms Moss’ pals, Janice Dickinson, about the case.

Referring to Mr Moss’ testimony, the host began: “That was a very big moment in this trial because Amber Heard had tried to use this story which everyone thought was true about Johnny Depp hurling Kate Moss down the stairs, as evidence of what he does and why she feared for her own safety.”

He continued: “And there was Kate Moss who never ever speaks in public.

“So it’s sort of fascinating… popping up purely for a few minutes just to say, actually, ‘That story is completely untrue and he never did anything like it to me in our relationship.’ What do you make of it?”

“I think just from personal experience, knowing when Kate Moss was indeed, the girlfriend of Johnny Depp,” Dickinson replied.

“I was on a flight from Virgin Islands to St. Barts and the both of them had clearly been drinking, as I was clearly drinking on this air flight, and he was a total gentleman to her.

“He was a total gentleman to me and I’ve run into Johnny Depp several times in Los Angeles after Happy Hour has like long set, so to sit on Happy Hour, he was never violent towards anyone.

“And as far as Amber Heard saying that she had been tossed down flights of stairs or beaten up by Johnny Depp or anything like that.

“I don’t believe it for one New York City second.”

Discussing the trial, the former GMB presenter said: “I’ve watched the whole thing from time to time and some of the clips itself are just increasing kind of revulsion. It’s the worst dirty linen ever washed.”

Dickinson replied: “Don’t you feel dirty watching this trial? This is a big thing here in Los Angeles this trial, I’m opposed to Amber Heard for my own personal reasons about women’s rights.”

Morgan went on to speak about Ms Moss and how her testimony could change everything.

“I think the bottom line with this is I think that Kate Moss today in a very powerful minutes, may have completely swung this back Johnny Depp’s way because she nailed a lie Amber Heard was trying to use,” Morgan concluded.

Piers Morgan Uncensored airs from Monday to Thursday at 8pm on TalkTV.