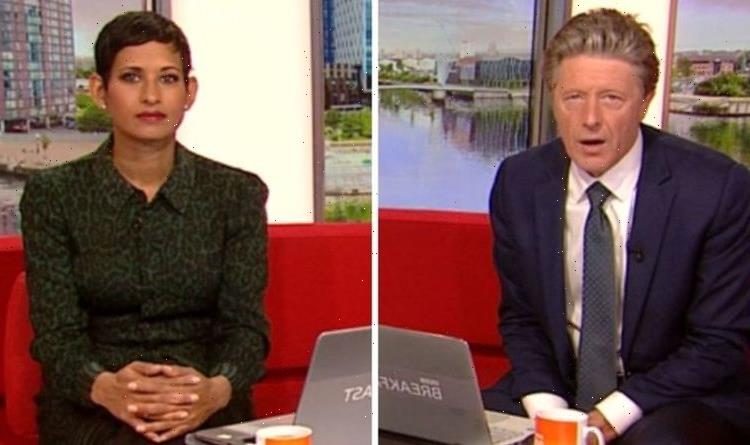 The hosts for BBC Breakfast can change at the weekends, but usually, viewers will see the familiar faces of Naga Munchetty, Charlie Stayt and Jon Kay, who regularly present the weekend programmes. However, taking their place on Sunday’s instalment was Rachel Burden and Roger Johnson. Carol Kirkwood and Owain Wyn Evans were also absent from the BBC programme and were replaced with Nick Miller, who stepped in to present the weather forecast.

Naga and Charlie’s absence didn’t go unnoticed by viewers, as one tweeted: “Roger Local and Rachel in charge of the good ship #BBC Breakfast this morning.”

Another penned: “Who is the co-presenter?

Rachel also took to social media on Saturday night to tell her 80,000 followers that she would be back on the red sofa.

She penned: “Back on the @BBCBreakfast sofa tomorrow – another busy morning ahead looking at the #Israel-Gaza conflict, a surge in vaccination bookings and attempts to suppress the new variant.” 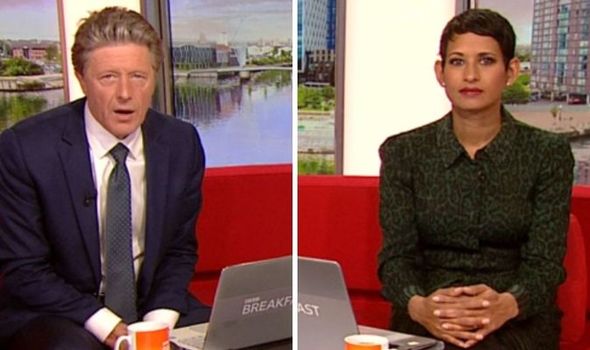 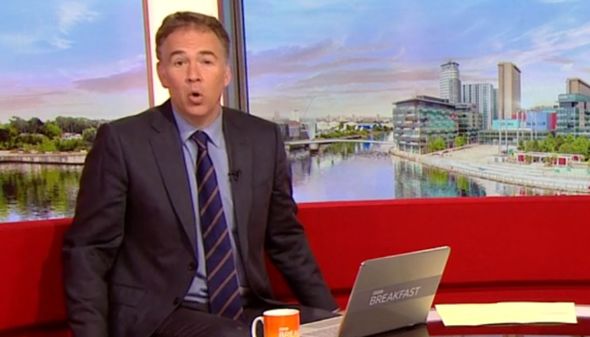 She continued: “Also, big push on tree planting in UK, Portuguese holiday options, and a bit of #FACupFinal.”

“Not forgetting the women’s Champions League Final and we’ll be discussing favourite children’s books. Hope you can join us from 6am on @BBCOne and from 7.30 on @BBCNews
Channel @RogerJ_01.”

The host later tweeted a snap of herself and Roger from the BBC Breakfast red sofa, along with the caption: “Morning from the sofa. No shouty sweariness today.” (sic)

Rachel’s followers were happy to see her back on the programme, with one commenting: “Good morning Rachel. You look beautiful this morning. I have stayed up after work to catch the show. I hope you and your colleagues have a wonderful day. All the best John.” 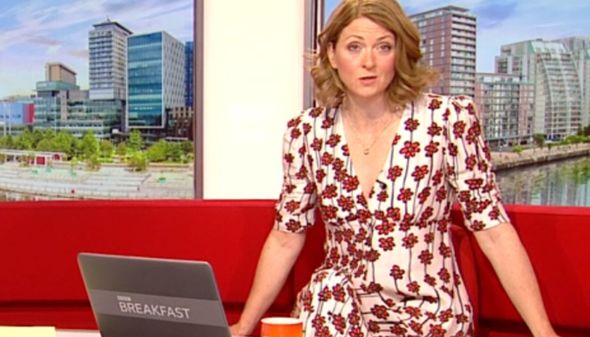 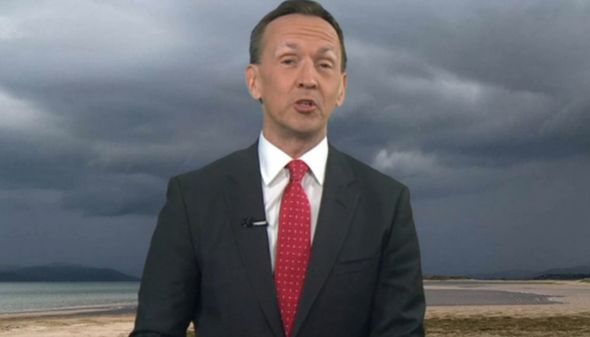 Another wrote: “Brilliant news, best presenter by a country mile.”

“Morning Rach. Lovely to see you,” a fourth viewer said.

A fifth commented: “Good to see you.”

Fans also noticed that Scottish meteorologist Carol was not there to give the weather forecast.

Carol’s stand-in Owain, who often presents the weather at the weekend, was also nowhere to be seen. Instead, they were replaced with Nick Miller.

Speaking about what was coming up in the programme, Roger said: “Hello and good morning, our headlines today.”

He continued: “Israel says its military action will continue as long as necessary as diplomatic efforts to get a cease-fire are stepped up.”

Rachel said: “Efforts to combat an Indian variant of Covid ramp up ahead of restrictions being eased tomorrow.

Roger added: “More than 20 people were arrested in Glasgow. Three police officers were injured after Rangers’ supporters celebrated their first Scottish Premiership title in a decade.”