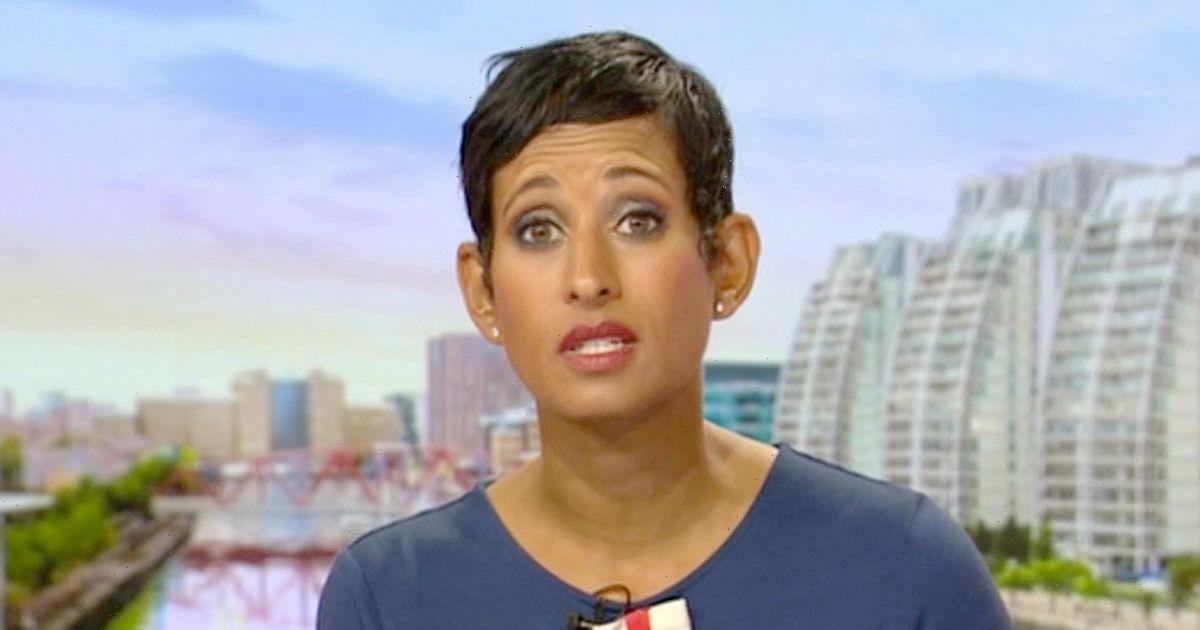 After Louise's weather segment, presenter Naga quizzed Louise on whether she thought she was more accurate than a meerkat.

This was followed by a clip of meerkats at London Zoo predicting who will win the football final at the Euros.

The video showed some meerkats wiggling around two flags – one for England and one for Italy.

The flag that they went for first was the one that they would forecast to win on Sunday, which luckily for Brits was the England flag.

Naga started off the segment by saying: "The thing is Louise gives us all these predictions and she does all of the technical stuff, when they come in they do all of that.

"Do you really think you'd be as accurate as a meerkat?"

Left very confused, weather presenter Louise Lear laughed and hoped the hosts would be able to fill her in on the context.

Louise then laughed and posed in typical meerkat style, raising her hands up as paws.

After showing the clip, Naga jibed: "We just thought, you know, you're in the business of forecasting, we just thought we'd show you how it's done properly."

Louise then shocked at the comment pulled a disgruntled impression.

To add to the low blow Jon then added: "Do you know, you look more like a meerkat than the meerkats."

In which Louise replied: "Thanks John, love you too…"

This torment came later in the show after the hosts had already had to deal with an on-air blunder earlier that morning.

As the presenting pair came across some technical problems just four minutes into the programme.

Naga was quick to apologise to the show's viewers and explained the technical hitch.

The duo were forced to improvise after a picture of the COVID-19 app got stuck on the screen.

The image was displayed during a story on the mobile phone application but viewers should then have seen Naga and John presenting live in the studio.

But instead, the image got stuck and people watching at home could hear the hosts but not see them.