On January 3, it was deathly quiet inside the imposing red brick symbol of Victorian grandeur, not far from the iconic tower, just up the North Promenade. 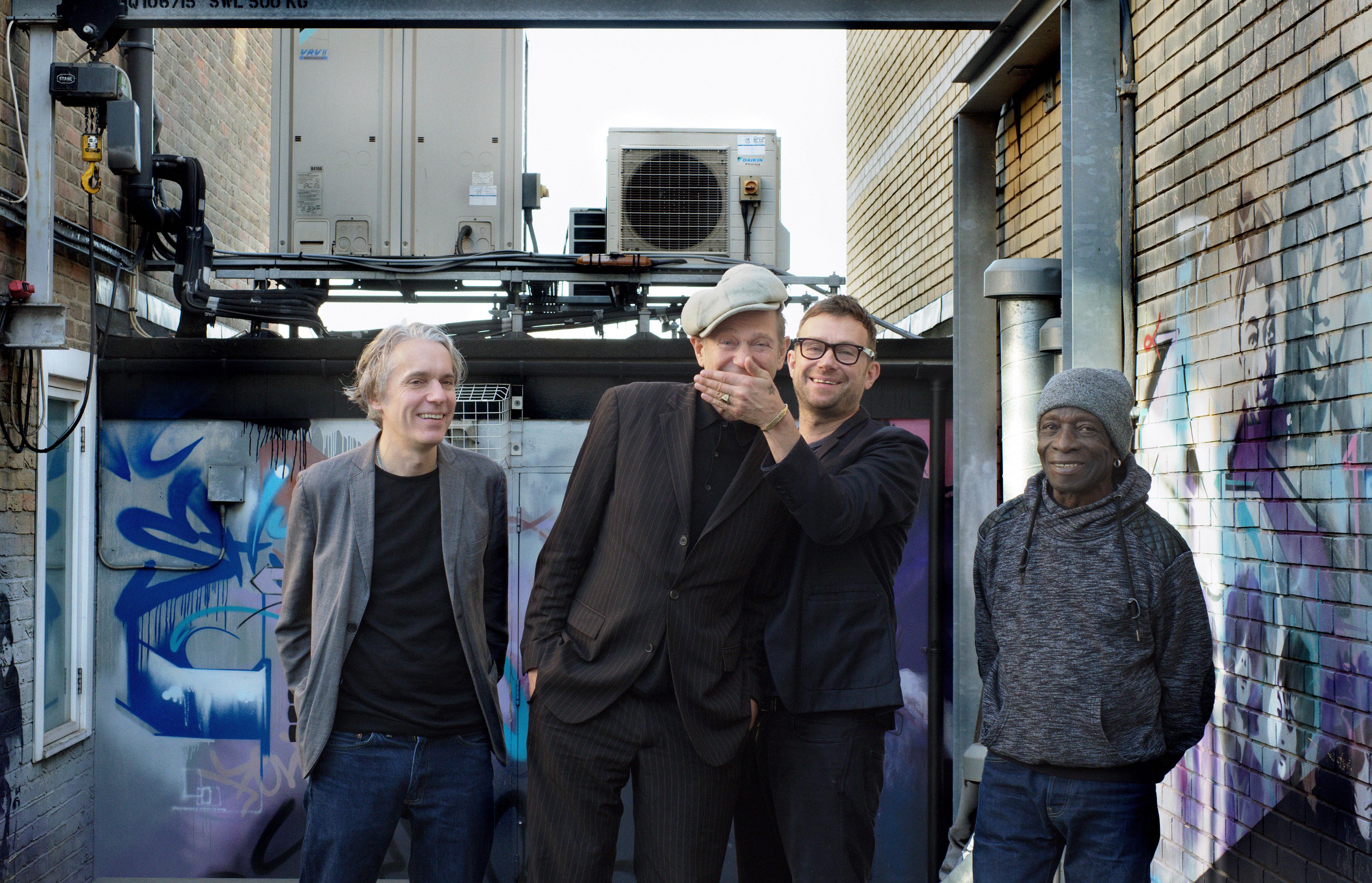 Outside, a gale was blowing in from the Irish Sea.

“They put me in the Royal Suite. Very grand,” Damon admits. “But there was a plastic Christmas tree underneath a photograph of the Queen and the downstairs bar had pictures of all our Prime Ministers.”

As he gazed down from his suite’s elegant bay window, he probably glimpsed one of the ageing green and cream trams that still trundle down the seafront at weekends.

He would have taken in the rest of the town . . . three piers (North, South and Central), the Pleasure Beach, B&Bs, donkey rides, candy floss sellers, fish and chip shops, amusement arcades, illuminations. 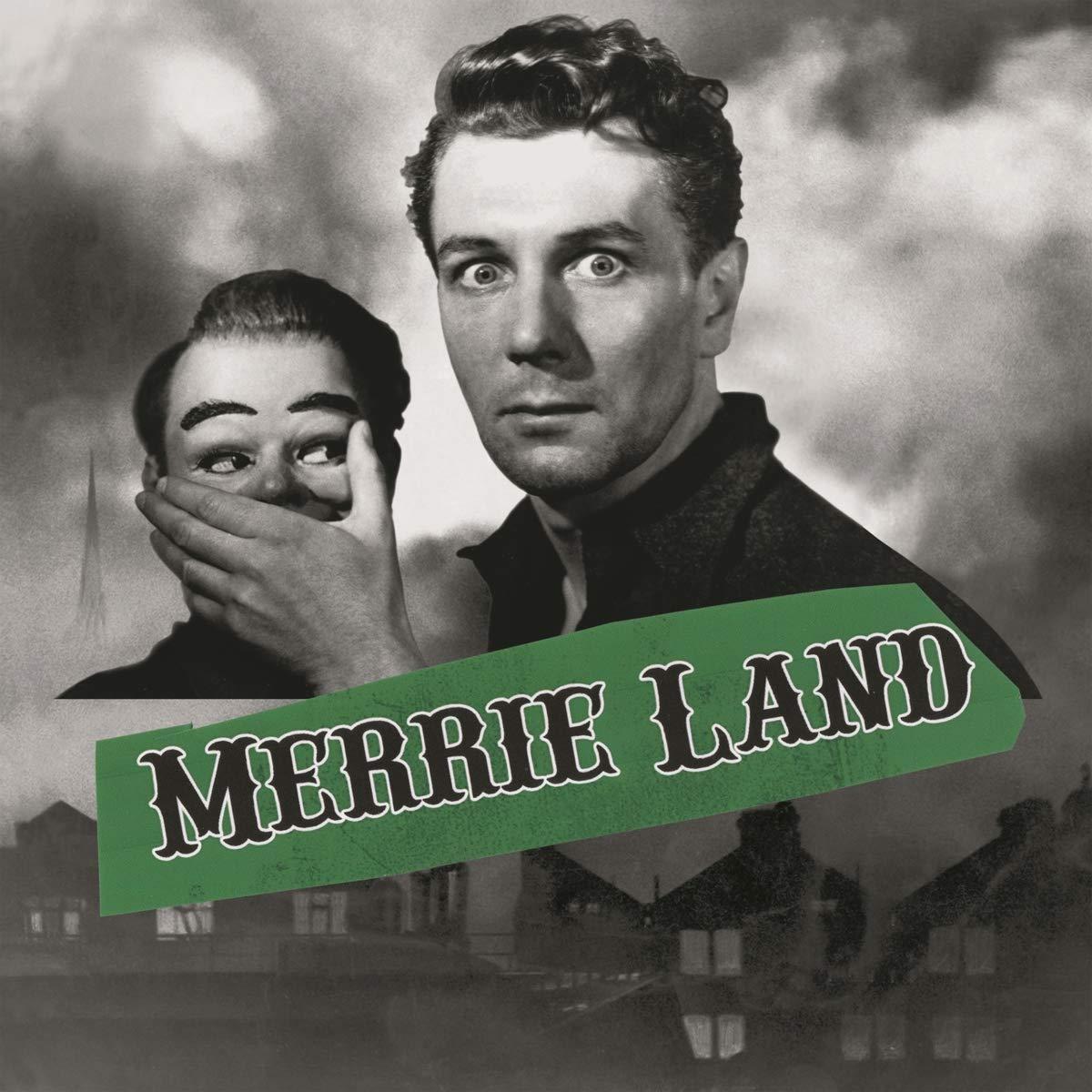 “I’ve fallen in love with Blackpool. It’s still got enough old world magic about it,” he says. “I think it all began when Blur played the Empress Ballroom, which is a beautiful, beautiful venue.”

For Damon, the resort was perfect inspiration for his “love letter to Britain”.

The southerner, who spent most of his early years in Leytonstone and Colchester, says: “The North maybe kind of gritty but the air is clean and it’s good for your creative soul.”

While in Blackpool, he began writing songs for Merrie Land, the second album by The Good, The Bad & The Queen, the so-called “supergroup” he formed with Paul Simonon (The Clash), Simon Tong (The Verve) and Afrobeat pioneer Tony Allen. 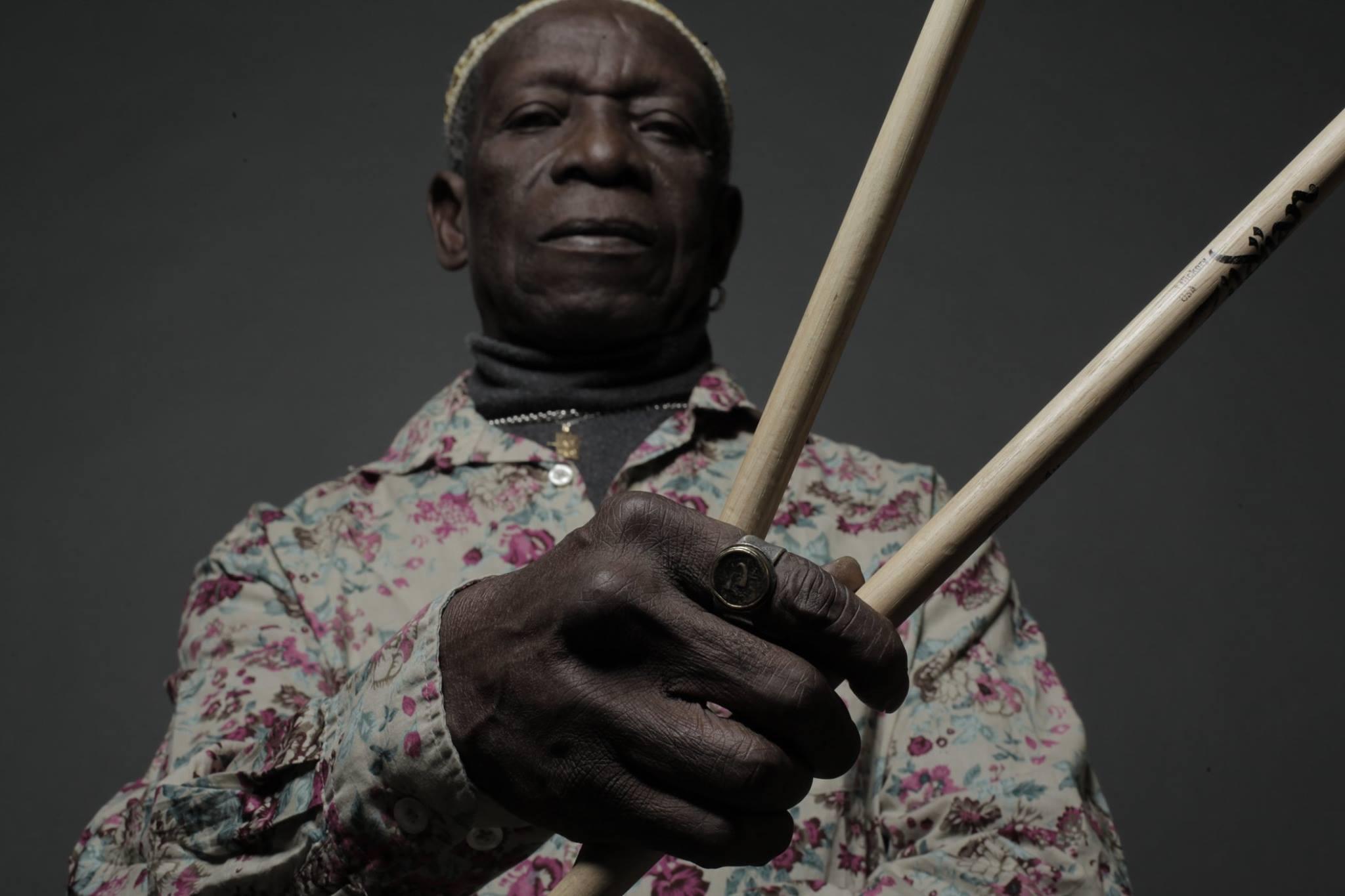 If the first record delved deep into the psyche of London, this is an ambitious study of national identity at a time of turmoil.

The process took him all over Britain to a castle in North Wales complete with male voice choir, to Southend, St Albans, Liverpool, Preston, Lincoln, Manchester, Brighton and Banbury.

Arriving 11 years after album No1, the passionate songcycle bottles up his dismay at the UK leaving the EU but is set to gorgeous, unhurried and fluid arrangements.

He says: “Blackpool was a good place to start. It sums up how I feel about Brexit in the sense that it’s on the edge. It represents a part of the country built on working-class pride. In its heyday, it was a magnificent place where everyone dressed up.” 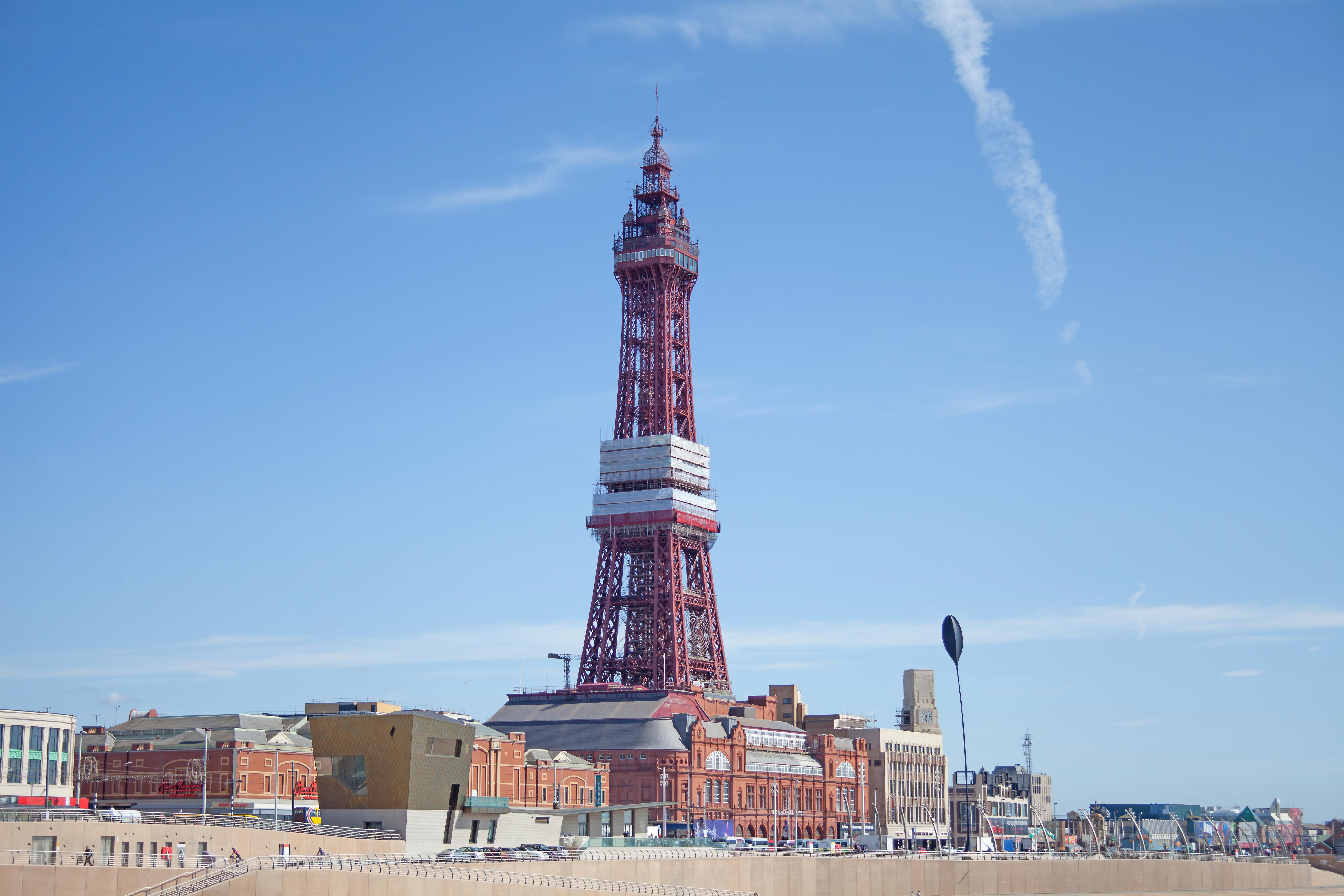 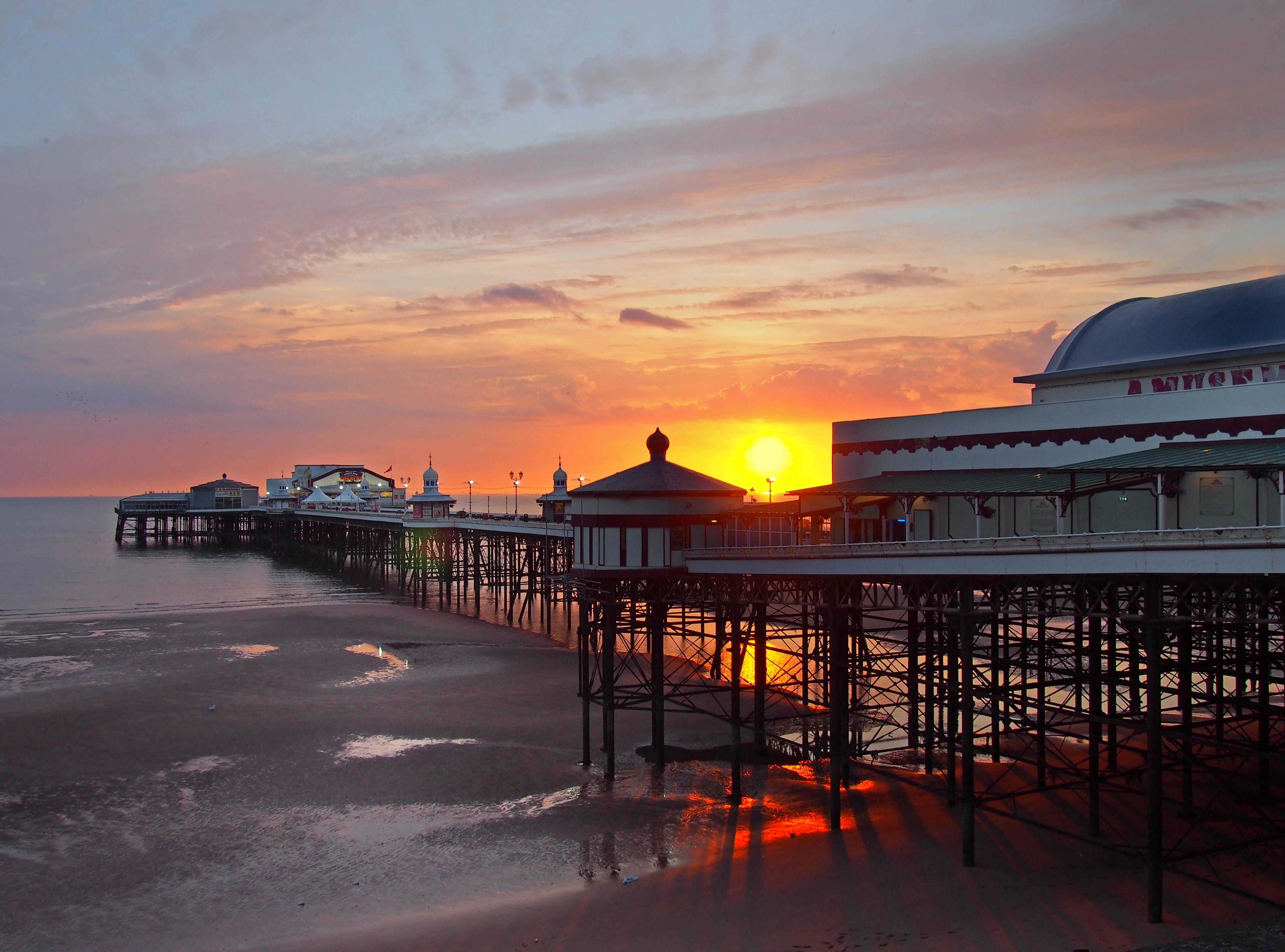 Today, as Damon acknowledges, the town is home to messy Saturday nights and tough estates back from the main drag, but still retains some of its original proud spirit.

The Good, The Bad & The Queen’s new album represents his instinctive response to what he sees around him,  good and, er, bad.

It feels like an invitation to climb aboard a wooden horse and take a woozy fairground ride with a sonic backdrop of pumping organs, drum rolls, sinewy basslines and Damon’s wistful vocals.

Rather than summoning righteous, hectoring indignation, it’s more a celebration of Ol’ Blighty, albeit tinged with regret.

“I am a musician, an artist and I react to things emotionally,” says the 50-year-old singer.

“There’s no actual politics in these songs and shouting is not what I’m about. I feel it’s an important record with something to say.” He sets out his Brexit stance on title track Merrie Land which he calls “that goodbye letter you leave on the kitchen table.

“I ask to be left a few things like my Silver Jubilee mug and my old flag. I leave. I go down to an undisclosed beach and I look out to sea and it all comes out . . . how much I love this place but also that my mother’s family was originally Danish.”

Damon continues: “This album was born on the morning after the Brexit referendum. I felt dismay and disorientation that Friday. 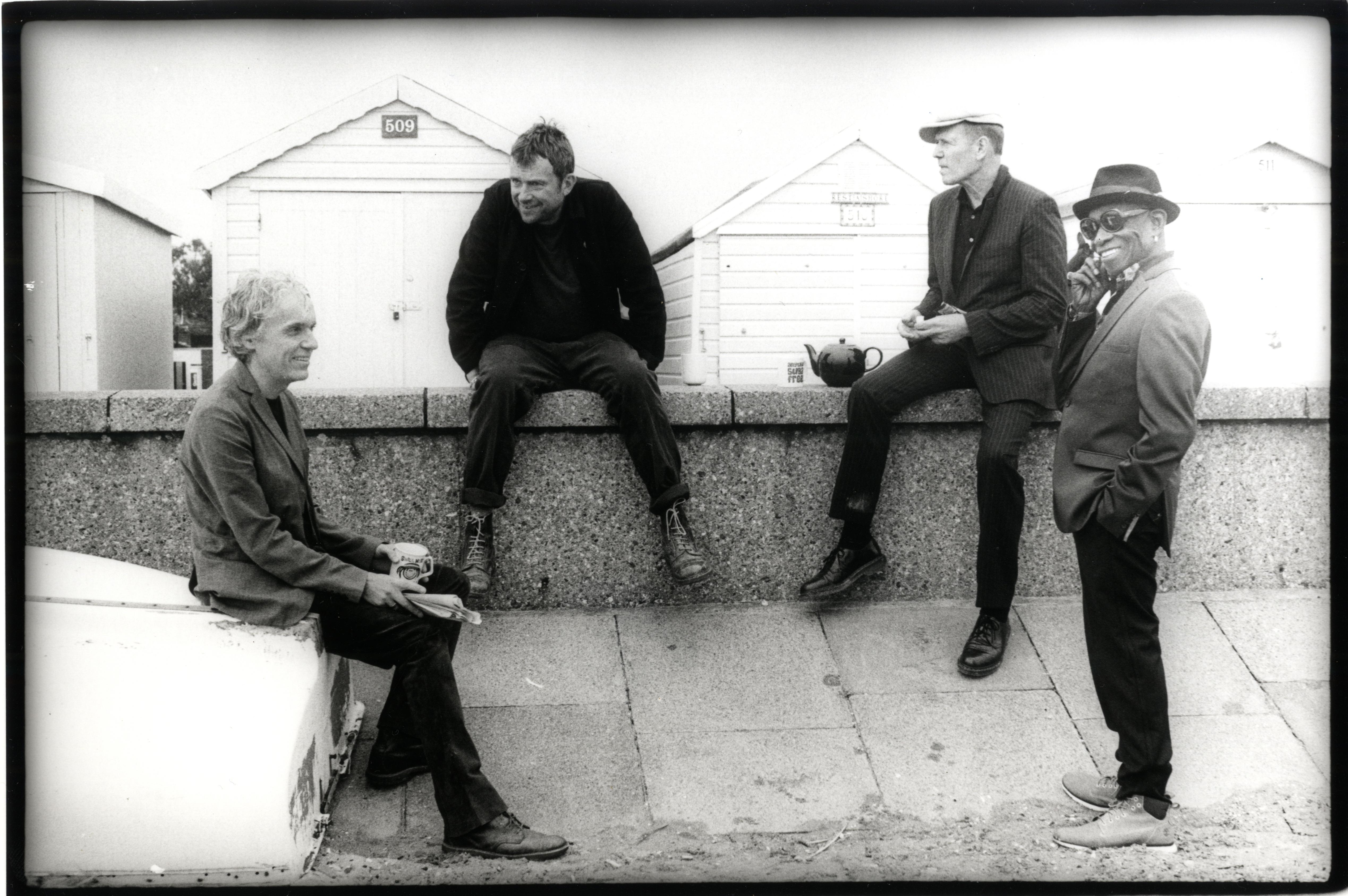 “I felt betrayed by our democratic process. How can such a small margin be heralded as a mandate from the British people?”

“That ‘mandate’ has been used as a battering ram by hysterical middle-Englanders in the last gasp of their existence to bring up the drawbridge. We’ve all got caught in a dragnet of negativity.”

In the week after Remembrance Sunday, 100 years on from devastating World War One, the song Nineteen Seventeen is particularly poignant.

Damon says: “It was a gruesome, unimaginable sacrifice and for that and that alone we should keep our spirits connected to Europe. No one can disagree with that, surely?” 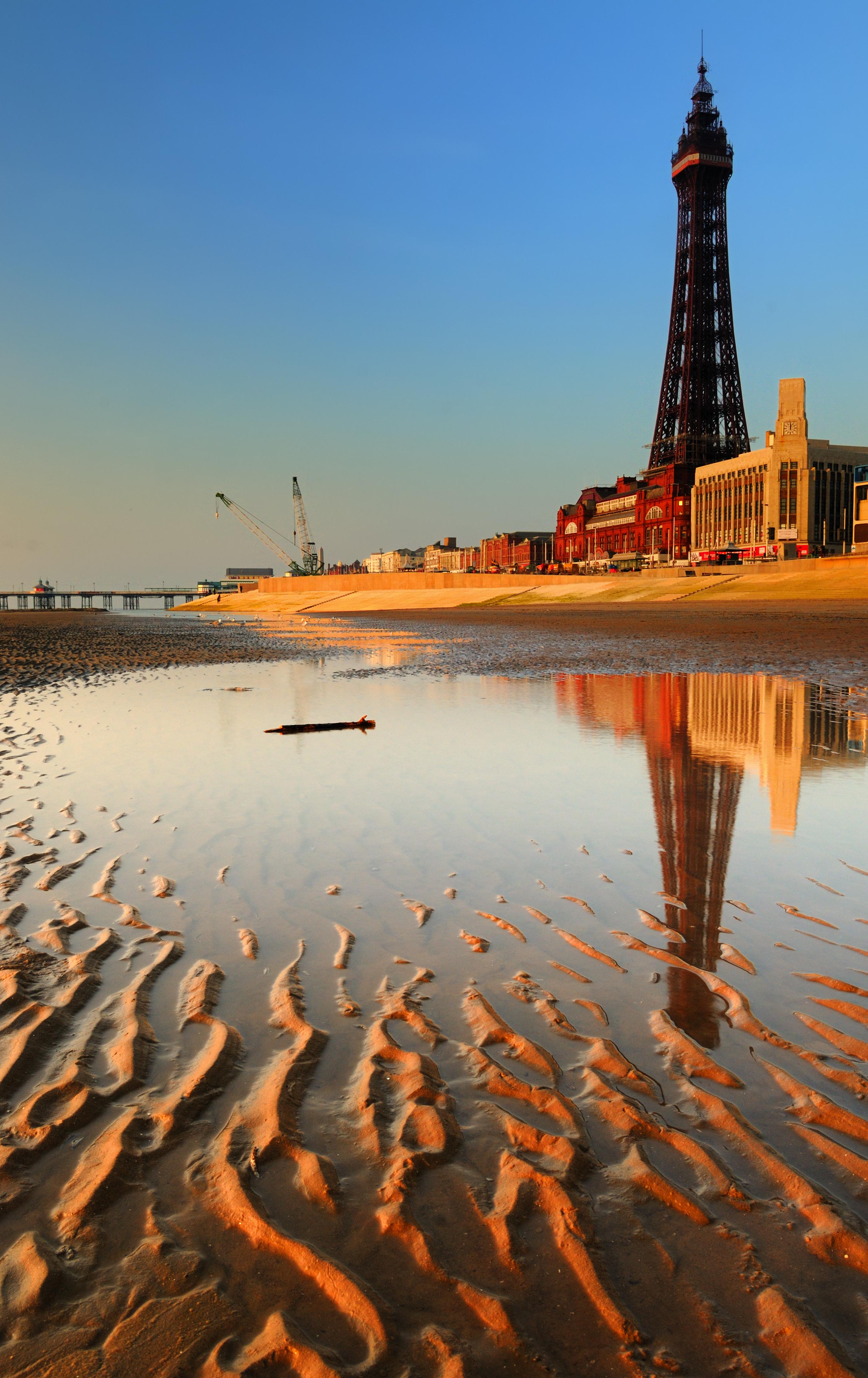 That said, Damon is also keen to accentuate positives through this music.

“You know, I love my country,” he affirms. “I love its openness, inclusivity, sense of fair play, sense of humour and its ability to weather waves of immigration and for the migrants to become part of our identity.”

He continues: “I love being on an island. I love the fact that wherever you look there’s somewhere much bigger to go. 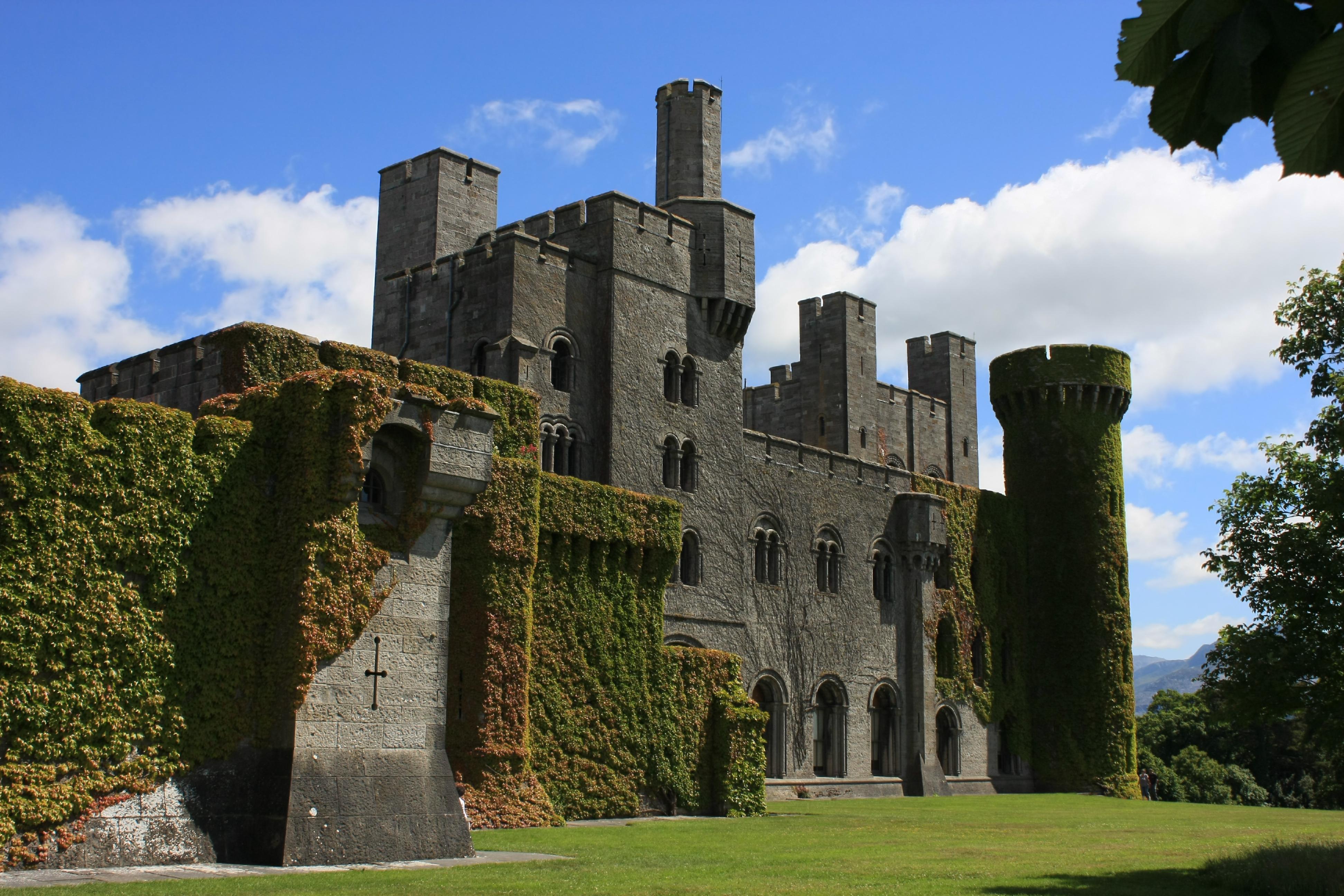 “I love the sound of seagulls and the music of the blackbird and the wood pigeon provide the most soothing sounds to my soul.”

We return to Damon’s British odyssey and he tells of another evocative location . . . Penrhyn Castle, near Bangor, North Wales, overlooking the Menai Strait towards Anglesey.

He describes the castle where the band recorded Lady Boston with a male voice choir as “very Victorian and very Gothic”.

He explains: “It’s massive, built in Welsh granite, and approaching the size of a small Windsor Castle. 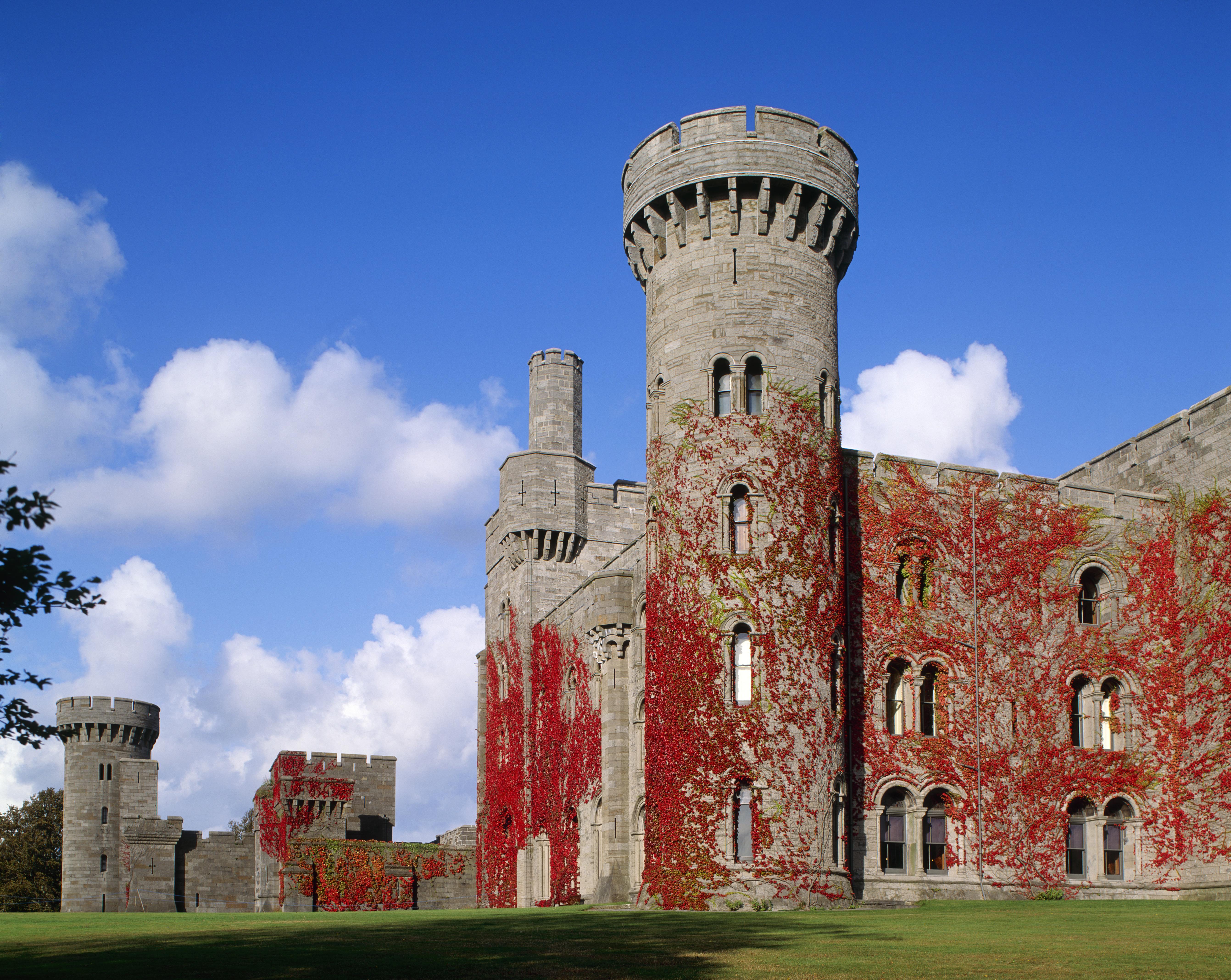 “It used to be inhabited for around six weeks a year as a hunting party pad built entirely with money from Jamaica and the slave pits of North Wales.”

Nowadays, it’s a National Trust property with a painting collection, restored kitchens set in sumptuous grounds with an industrial railway museum. It is also the home to the choir known in Welsh as the Cor y Penrhyn Bethesda.

The experience of recording a song with those stirring male voices changed his opinion of the Welsh, in a good way. “I used to feel intimidated by them. I felt they didn’t want to know me,” he confesses.

“I had Welsh friends all along but I suppose I didn’t spend much time in Wales. Now I think they’re the loveliest people on Earth. There is something beautiful about them.” 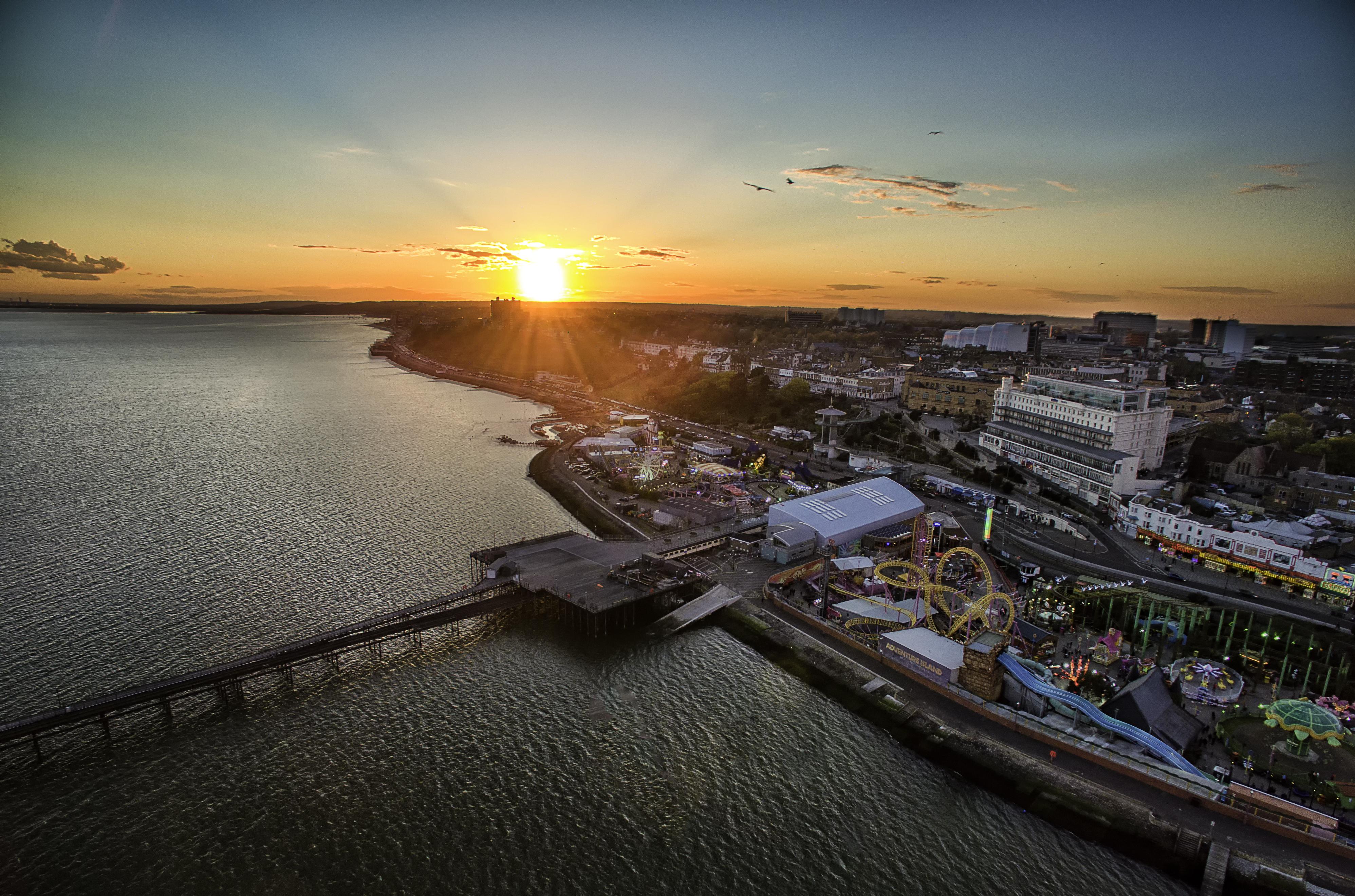 He got the song title Lady Boston from one of the numerous portraits adorning the castle walls.

“There was a face which looked slightly detached,” he says. “I was really drawn to her. The colour of her skin was subtly different. Maybe she came from the colonies and I’d like to know who she was.”

Another track, The Truce Of Twilight, heads east to Essex, namely Southend, where we find “Demis Roussos playing Forever on the water slide”.

Those of a certain age will remember the portly Greek in a kaftan with a high-pitched warble that brought him chart-toppers in the Seventies. 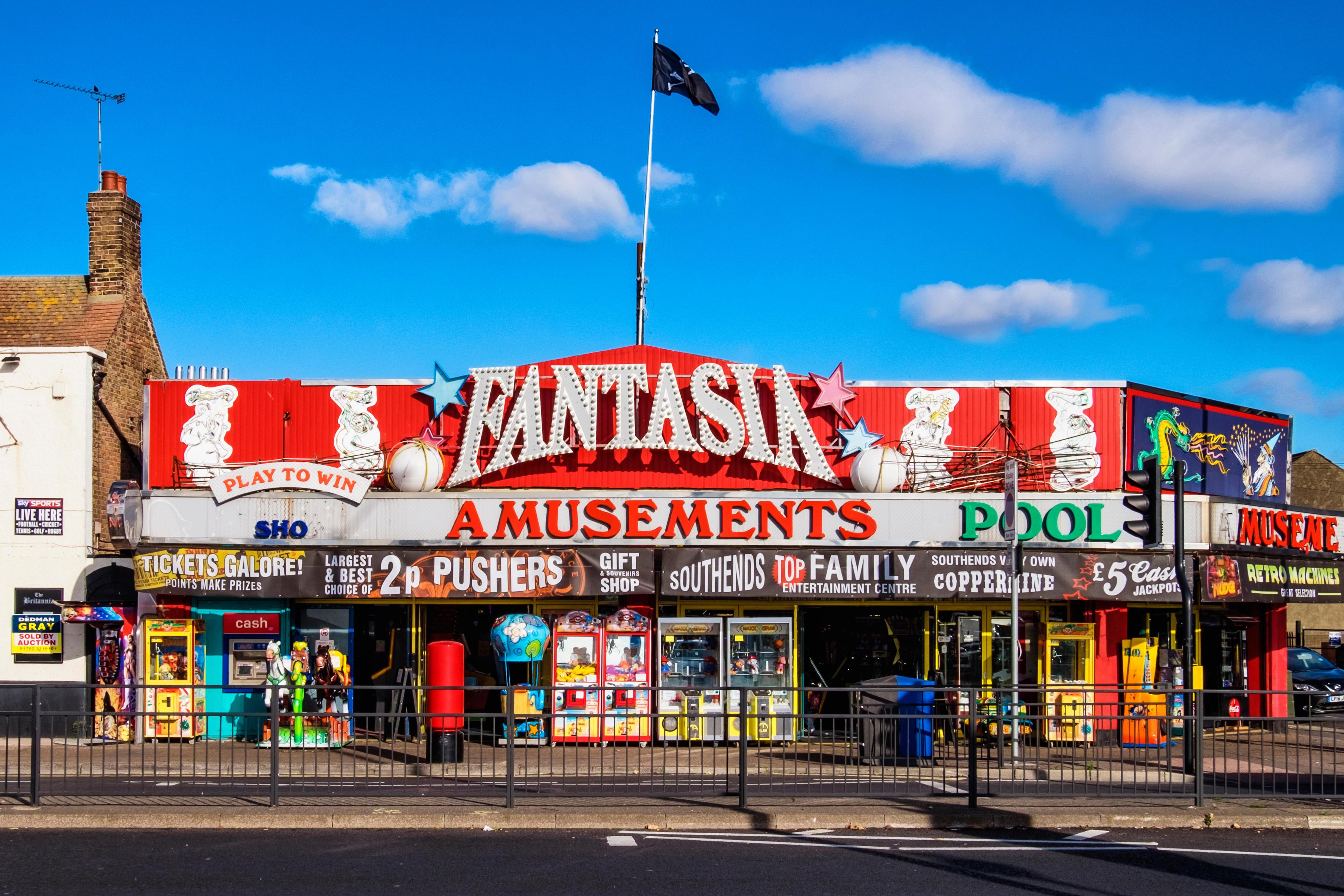 During his travels, Damon watched “a Romanian father and son combo playing Forever at the Victoria Shopping Centre in Southend.”

He also ventured to the Oxfordshire town of Banbury, referenced in Gun To The Head with the line “commissioners for oaths in the borough of Banbury require the owners of rowdy dogs to keep them on their leads.”

“I just saw middle England there,” says Damon. “The singalong chorus of ‘we don’t care because we are all animal lovers’ is about the closest I’ve come to Parklife.”

He adds: “This whole record is built on reportage with the exception of a few songs which needed a push to make sense.

“I get in the moment. Lou Reed (who appeared on Gorillaz album Plastic Beach) taught me to get the music and immediately read or sing what I’ve written. Don’t let it be contrived.”

And why did Damon decide to visit St Albans? “I just thought it would be great to get a street tag team and put an R on all the signs . . . St Albarns!” he jokes.

On a more serious note, the Hertfordshire city appeals because of its fascinating past including its fabulous cathedral dating back to the 11th century.

Damon says: “Saint Alban was the first English saint and I love all that history. I am properly English, you know.” 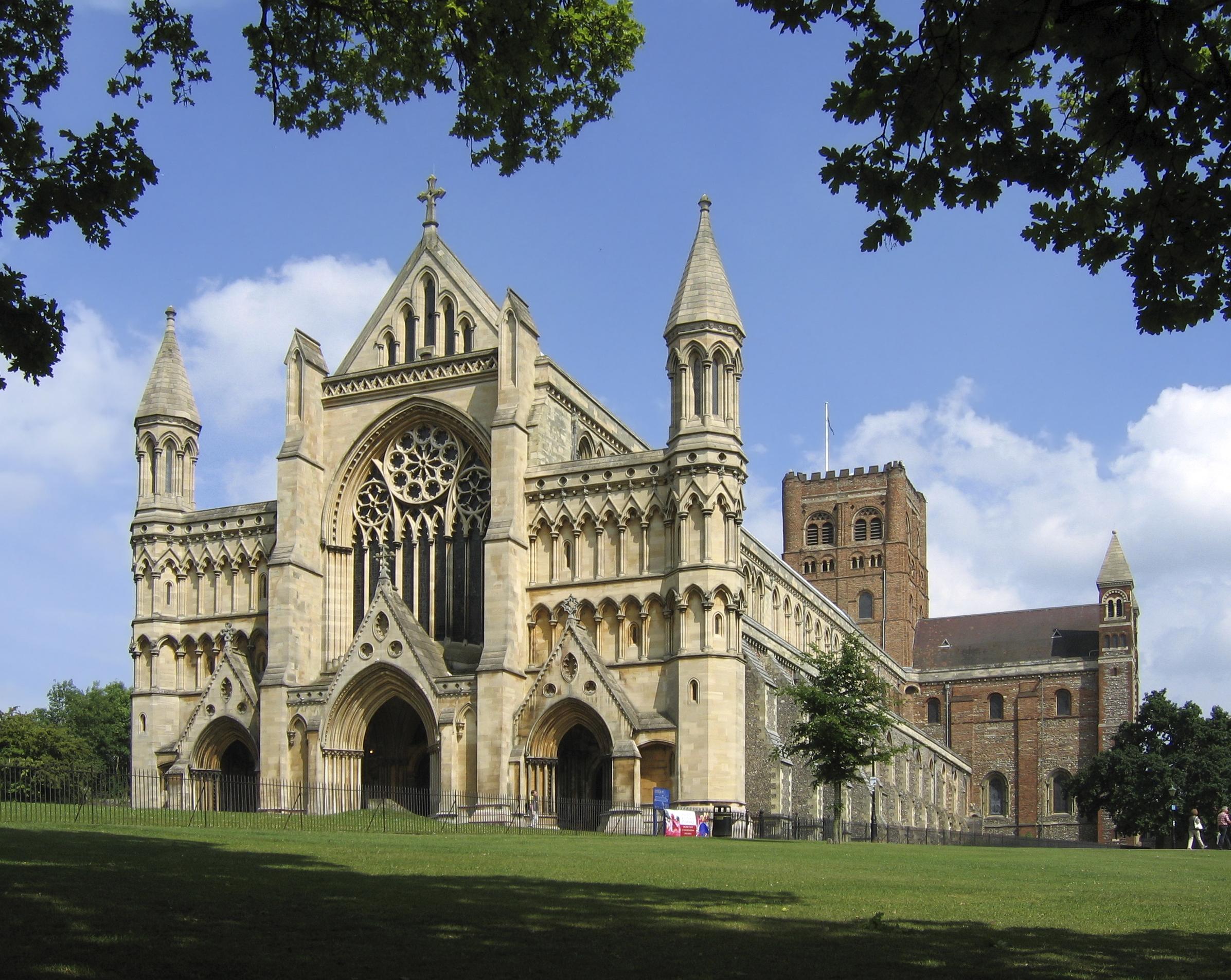 I’m sure Sun readers will agree you don’t need to be a rabid far-right crank to have a sense of national pride.

“I want to take it away from those people,” he decides. “That’s what The Clash and The Specials did and I’m in that tradition. I feel I can take the Saint George’s flag on stage.”

That attitude provided Damon with inspiration for Ribbons, a song capturing the essence of Britain’s diverse, ever-shifting population.

The song’s ribbons start out as red and white, the colours of Saint George, but blue, green and black ones are stirred into the intoxicating mix. And as I prepare to leave Damon’s West London studio, he hands me two real ribbons as a token of friendship.

“We’re all better off if we stick together,” he says.