MRS Brown's Boys creator Brendan O'Carroll accidentally let slip there will be two specials this Christmas on today's This Morning.

The Irishman, 64, surprised hosts Holly Willoughby and Phillip Schofield by announcing the second episode, Orange Is The New Mammy, will air on New Year's Day. 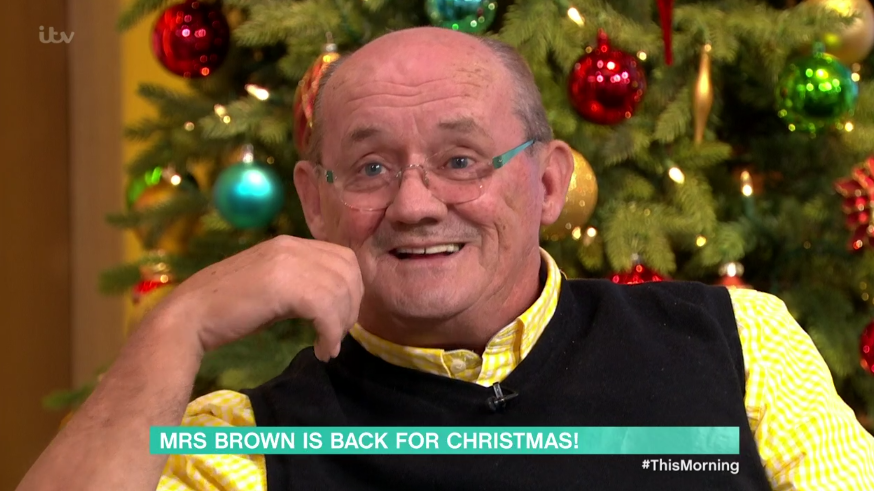 Appearing on the sofa with his wife and co-star Jennifer Gibney, 55, Brendan confirmed to Phil that there would once again be a second festive episode.

He said: "Yeah one on Christmas Day and one on New Year's Day."

Phil jumped in and said: "Only you weren't supposed to say that, I think that was going to be released this afternoon."

Blushing, Brendan replied: "It's a secret" as Holly and Phil giggled. 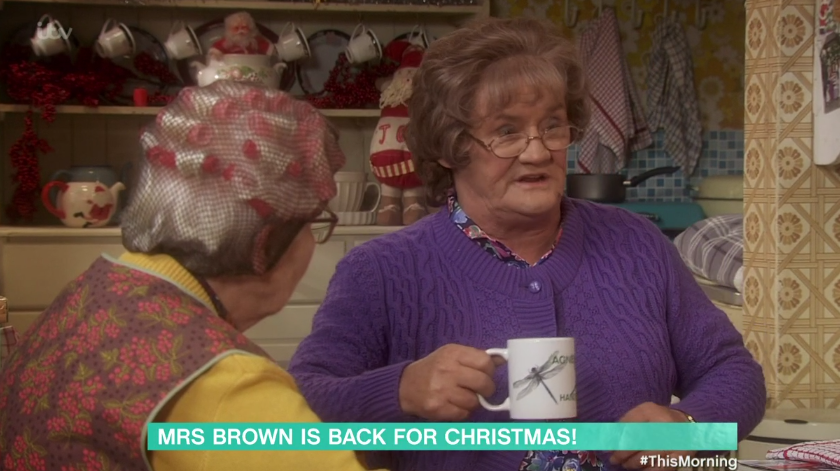 Sharing some details about Orange Is The New Mammy, he said: "What happened is Peggy Piper poisoned her husband Peter by putting poison into his Pernod.

"She's been released from prison on parole…"

Holly loved it, telling him: "You've got me, I'm in already."

He continued: "So she's appealing her guilt. The only witness against her was Winnie – Agnes's best friend."

Brendan then confirmed Winnie is in "mortal peril". 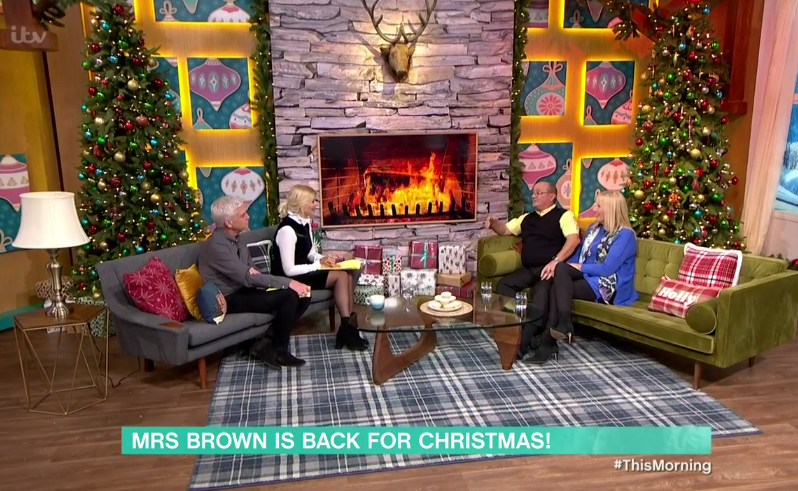 Last month Brendan hinted that this year's Christmas instalment of Mrs Brown's Boys will be the best one yet and he's not worried about any of the competition they are up against.

The actor revealed that the star of the show, Agnes Brown, will be left questioning life after she had a number of big arguments on Christmas Day.

He told RSVP Live: "The Christmas Day one is called ‘It’s a Wonderful Mammy’ and Agnes is in Foley’s after having a row with Winnie, Cathy and her daughter in law and she is fed up with them all."

"She says to herself ‘Do you ever wish you weren’t here’ and an angel appears beside her in the form of Kevin Kennedy and he helps her with that and shows her what life would be like if she wasn’t there.

"If you have seen ‘It’s a Wonderful Life’, you will know that everybody’s life is devastated, well everyone’s life is bloody fantastic without her."

The actor also spoke about some of the competition he was up against during the festive season, in the form of the recently revived programme Gavin and Stacey who will be airing a special Christmas episode.

He explained: "The more comedy the better over the Christmas season. We always have the same slot every Christmas.

"I think and the BBC think these are the two best Christmas specials we have done yet."

This exciting news came after the star revealed that a medical specialist seeing him breathless on the Late Late Show saved his life.

The 64-year-old was appearing on a special edition of the RTE chat show from London in October 2018 at the time.

Brendan explained to the Irish Sun: “I remember feeling breathless for some reason. I’d sneaked out for a smoke before the interview and they’d said, ‘Come back quick, you’re on’.

"I felt breathless at the time but this was really bad and Dr Alan Byrne who was watching it on TV really noticed.”

Within days, Brendan was being operated on at Dublin’s Beacon Hospital where surgeons uncovered a blockage around his heart.