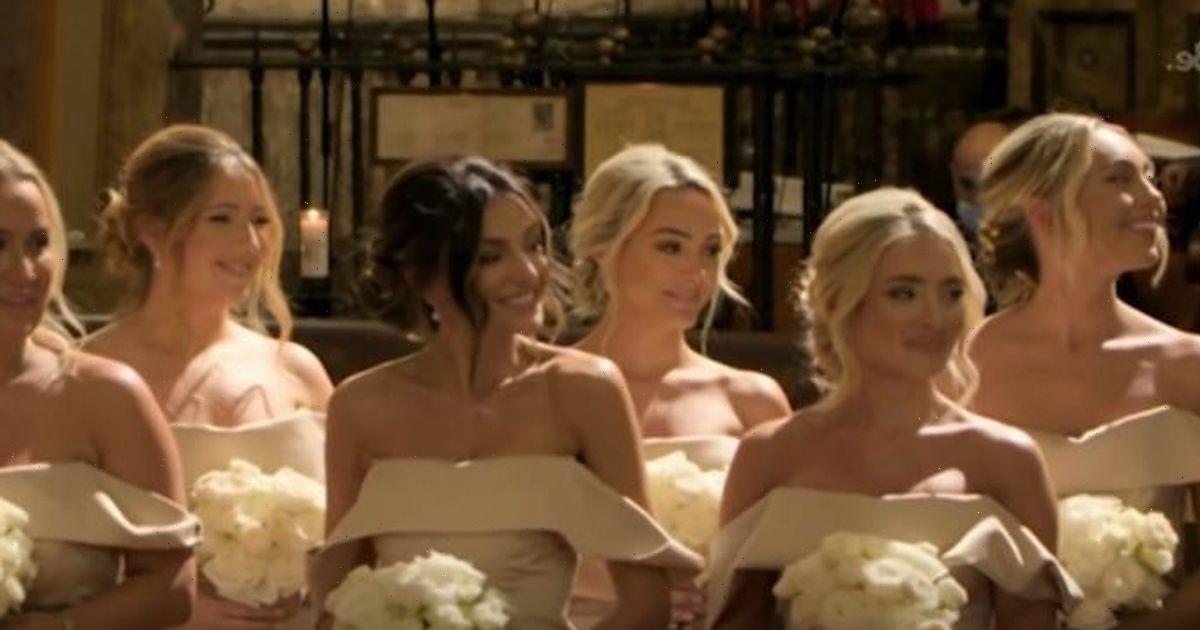 Michelle Keegan made a rare reality TV appearance on Jess Wright’s wedding special which aired on ITVbe on Tuesday 2 November.

Michelle was one of Jess’s 12 bridesmaids, all of whom wore gorgeous bardot gowns.

The Our Girl actress was briefly shown just before Jess walked down the aisle when the camera panned round to show the 12 women standing with their bouquets.

Michelle gave a quick smile to someone standing in the church as they all waited for Jess.

She was later shown sat next to her husband and brother of the bride, Mark Wright, 34, as Mark Wright Sr gave a speech and, of course, the 34 year old looked as stunning as ever.

Jess has revealed that her new husband William Lee-Kemp, 34, often shies away from the limelight and apparently“hated every second” of filming their nuptials.

While appearing on Loose Women, panellist Ruth Langsford grilled Jess on how William felt about having cameras follow them everywhere.

Jess said: “[He] absolutely hated every second of it, if I'm honest.

“He works with cars, he’s a businessman and he doesn’t even like having his picture taken, so when I said to him, ‘Listen, they’re really interested in filming the wedding and it could be a really lovely home video for us’ — it took a lot of convincing."

While her new husband wasn't fond of filming, Jess dubbed him a “natural” in front of the camera.

She gushed about William: “He’s an absolute natural. He’s really quite a funny guy as well, he's really witty, so he was great on camera.

“I hope everyone just gives him some slack and isn’t too hard on him or me because he’s absolutely dreading it. He’s going to have to have some stiff drinks to watch it tonight.”

While the show was focused on Jess and William’s wedding, Jess’s younger brother Joshua got his minute in the spotlight whenhe announced that he and his wife Holly are expecting a baby.

During a family meal ahead of the wedding, Joshua said: "Before it's too late, I want to get my wedding present out for Jess. Jess and Will, check this is the right one, I didn't know when the right time was. I wanted to give you that,” before proceeding to five Jess a present.

Opening the gift, Jess was overcome with emotion after seeing a personalised baby grow and a baby scan of her niece or nephew.

For updates on all your favourite celebs, sign up to our daily newsletter here .