Breaking News
New & Noteworthy, From the Science of Life to Annie Oakley
Olivia Rodrigo’s ‘Driver’s License’ Song Is Number One for Two Weeks in a Row
Jlo, 51, slams trolls who insist she secretly had Botox AGAIN and says 'don't call me a liar!'
'The Bachelor' Scoop on Matt James' 5 New Girls — 1 Contestant Makes It To Hometowns
Skip to content

Megyn Kelly was absent from her NBC News morning show on Thursday following this week's controversy over her comments about blackface, amid indications that her time at the network could be ending after less than two years.

An NBC spokeswoman said that "given the circumstances," the network was airing repeats of Megyn Kelly Today on Thursday and Friday.

During a segment about Halloween costumes on Tuesday, Kelly defended the use of blackface while discussing a character on Real Housewives of New York City who darkened her face for a Diana Ross costume. She said it was acceptable when she was a kid when portraying a character. 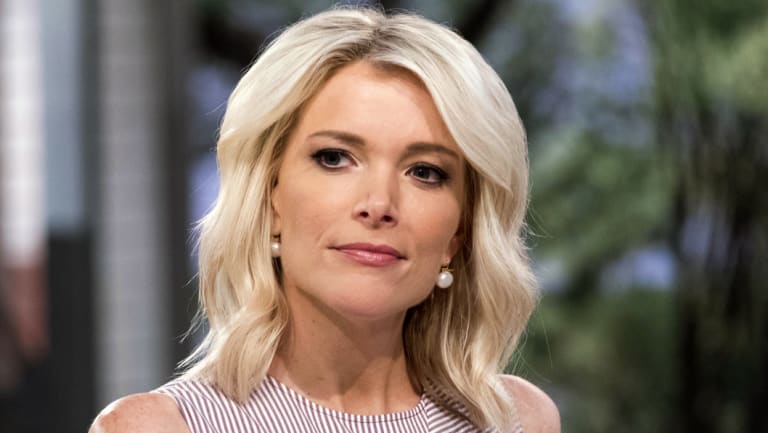 Social media condemnation was swift, and Kelly apologised to fellow NBC staffers in an email later in the day. Yet both NBC's Nightly News and the Today show did stories on their colleague's comment. Al Roker said "she owes a big apology to people of colour across the country."

"This is a history, going back to the 1830s, minstrel shows to demean and denigrate a race, wasn't right," Roker said on Today. "I'm old enough to have lived through Amos 'n' Andy, where you had white people in blackface playing two black characters and it would just [be] magnifying the worst stereotypes about black people, and that's what the big problem is."

Kelly opened Wednesday's show by saying she was wrong and sorry for what she said.

"I have never been a PC kind of person, but I do understand the value of being sensitive to our history, particularly on race and ethnicity," she said.

The reference to political correctness in a discussion about blackface struck some critics as odd, along with the show's cameras panning over the audience giving her a standing ovation for nearly 20 seconds.

Hollywood publication Deadline also reported that cast and creators from the Netflix show House of Cards cancelled a scheduled appearance on Kelly's show on Wednesday amid the ongoing backlash to her comments.

Kelly jumped from Fox News Channel to NBC in early 2017, but it hasn't been a comfortable fit. Her one-hour morning show has never caught on with viewers, except for a brief bump when she aggressively covered reports about sexual misconduct, and Kelly was said to be unhappy with the amount of lighter material expected of a 9 am show.

She met with NBC executives within the past month about dissatisfaction with the show's direction, according to a person close to Kelly who spoke on condition of anonymity, in order to discuss personnel matters.

Kelly last month publicly called for NBC News Chairman Andrew Lack to appoint outside investigators to look into why the network didn't air Ronan Farrow's stories about disgraced Hollywood executive Harvey Weinstein and allowed him to take the material to the New Yorker. That's a particular sore point with NBC's management.

She was also unhappy that accounts of Lack criticising her for the blackface comments at an NBC internal town hall meeting became public, and fired her agent out of concern that his company's representation of NBC News President Noah Oppenheim would be a conflict of interest, said the person close to Kelly. Yet the likelihood that a news executive's comments before a roomful of journalists would remain secret is remote.

NBC representatives said they had no comment beyond the discussion of why Kelly wasn't on the air Thursday.

All of this points toward a likely exit from NBC by Kelly, who has found it difficult to maintain a loyal constituency. Many of her former Fox News Channel viewers were upset by a perceived disloyalty in leaving and her clashes with President Donald Trump during his campaign. At the same time, her former association with Fox caused some NBC colleagues and viewers to regard her with suspicion.

According to Variety, Kelly this week added a "top Hollywood litigator to her team, as she looks to secure a reported $US69 million payout remaining from her contract with NBC.

Kelly's viewers were given no reason for her absence; a notice on the screen said the show was "previously recorded."

There were indications that the plans had come about quickly. "Happy Friday," she said at the opening of the taped show on Thursday.

The Real Housewives of New York City episode Kelly referred to aired earlier this year on the NBC- owned Bravo network, with character Luann deLesseps wearing a gigantic Afro to portray Ross. After criticism surfaced about her costume, she said she was tanned and used a bronzer, but was not trying to appear in blackface.