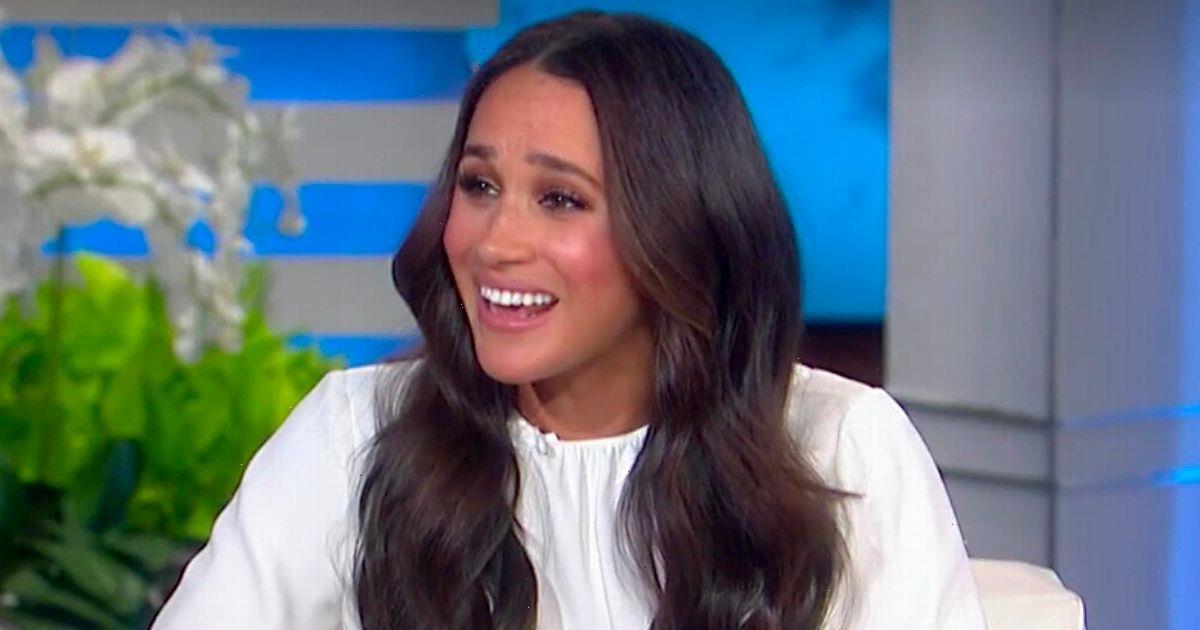 Meghan Markle shared a rare update on daughter Lilbet as she sat down for her second high-profile TV interview with Ellen DeGeneres after stepping back from royal duties last year.

The Duchess of Sussex revealed in a clip that her daughter Lilibet 'Lili' Diana whom she shares with Prince Harry, has started teething and she is looking for "anything to relieve" her struggles.

Meghan and Ellen have been close friends for years after meeting at a dog shelter in Los Angeles.

The Duchess replied: "That's Auntie Ellen for you!" leaving the talk show host to admit: "That's why I don't have kids."

The 40-year-old can be heard in another clip reminiscing about her days as a struggling actress before her life with Prince Harry.

In a sneak peak seen by People, Meghan gushed over her 37-year-old husband and two children and explained how "happy" they are living in their $14 million Montecito mansion.

The talk show host, has reportedly bought a $49 million estate in Montecito near Harry and Meghan's.

The surprise interview is to air on November 18 and will likely raise fears in Buckingham Palace after Meghan's last TV interview with Oprah Winfrey in March made several allegations against the monarchy.

Meghan's long-time makeup artist and friend Daniel Martin shared how her interview with Ellen: "Pulled out Meghan's goofy, funny side."

He said: "We [Martin and Meghan's hairstylist Jason Low] were backstage the entire time.

"It's really fun and Ellen really pulled out Meghan's goofy, funny side, which everyone will be able to finally see."

Teasing the full interview, Ellen tweeted the clip and said: "A lot has changed since the last time Meghan, The Duchess of Sussex, was on the Warner Brothers lot. Don’t miss the rest of our interview tomorrow."

In the clip, Meghan discussed auditioning for roles on the same set as Ellen is filmed.

She said: 'So I had this very old Ford Explore Sport and at a certain point the key stopped working on the driver's side, so you couldn't get yourself in through the door so after auditions I would park at the back of the parking lot and I would open the trunk and climb in, pull the door shut behind me and crawl all over my seats to get out. That's how I would come to and fro."

She added: "I would park on gate three and I would scoot on over and the security guards here would always say "break a leg, I hope you get it". So driving today was very different."