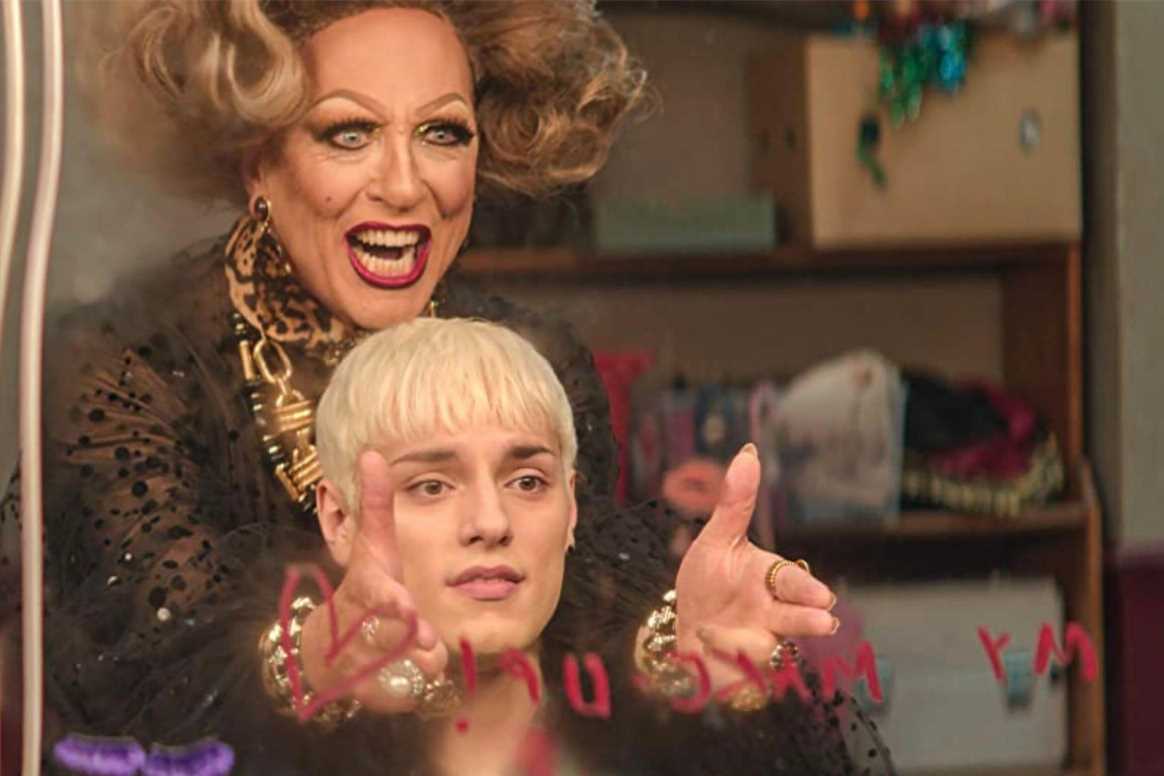 A YOUNG lad from the North has a secret passion for dancing on stage with people in dresses – but his dad doesn’t approve.

Now, where have we heard that before? Actually, comparing Everybody’s Talking About Jamie with Billy Elliot is unfair, though both found huge success on the stage. 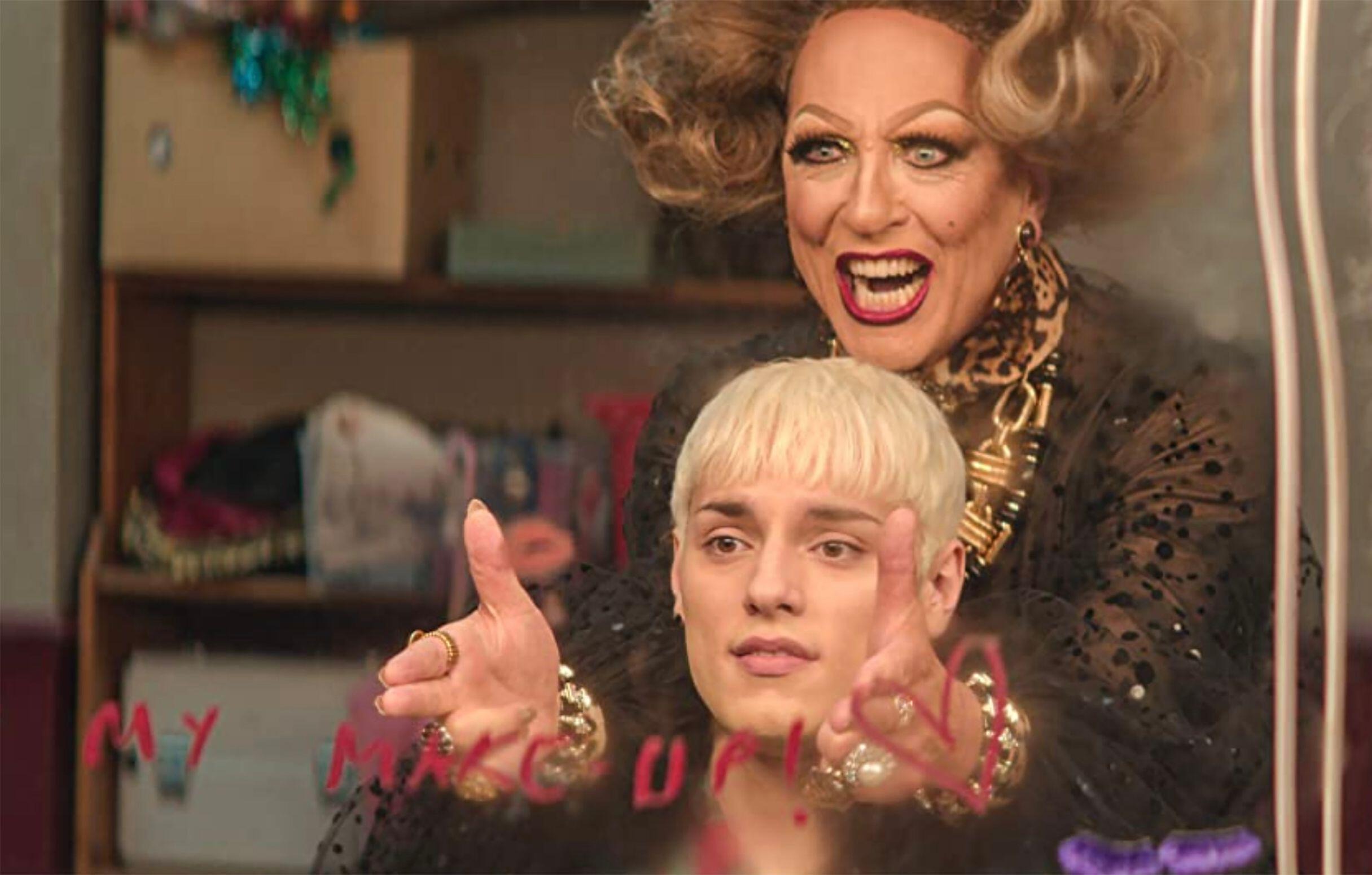 This Amazon Prime Video film is a full-blown musical with fresh songs. And while Billy Elliot went from cinemas into the theatre, Jamie took the opposite route.

And its musical theatre genes shine through in joyful Technicolor. It is so glittery I wouldn’t be surprised if there is now a shortage of the sparkly stuff.

The plot is based on the true story of Jamie Campbell, whose school banned him from attending prom in drag.

Names and places have been changed because much of those real events have been altered for dramatic effect. Jamie’s mum, played by Sarah Lancashire, supports his desire to wear frocks while his estranged dad (Ralph Ineson) despises the idea.

It is this family drama that anchors the story as much as the message of diversity. Sharon Horgan, as the teacher trying to scupper Jamie’s plans, pitches her performance just right. She’s prickly while trying to be pally.

But Richard E Grant disappoints as the semi-retired drag queen mentoring Jamie in his trans-formation from nervous 16-year-old schoolboy into a fully formed stage performer.

Grant seems uncertain about the role, which might have something to do with the stick he has taken for being a straight man playing a gay character. The same can’t be said of newcomer Max Harwood, however, who was surely born to play Jamie.

A genuine find, Max sings and dances with passion while giving all his heart to the emotional scenes. Be prepared for audiences to join in the singing, because the music, written by The Feeling singer Dan Gillespie Sells, is catchy.

At times I wished for a spot more Billy grit under the polished nails of this largely upbeat tale. But if you are looking for a rainbow with minimal clouds, you will love Jamie.

KAREN GILLAN steps up as an action movie lead in this black comedy thriller from writer-director Navot Papushado but this film has more style than substance.

When Sam has protective feelings for young Emily (Chloe Coleman), the daughter of a target, she must team up with Scarlet and her former colleagues (Carla Gugino, Michelle Yeoh and Angela Bassett) to save the kid and themselves from a whole load of men who want to kill them.

When it comes to the bloody and violent action, Papushado doesn’t pull his punches – but Gillan never convincingly lands one. Her fight choreography is awkwardly delivered while her faux US accent is too similar to the one she uses for Nebula in the Marvel Cinematic Universe.

Slo-motion gun battles, random weapons and needle drops ape John Wick and Zack Snyder’s Watchmen. This misguided and cliche-ridden faux-feminist actioner has nothing to say or add to the genre.

BENJI is a quiet lad who doesn’t want any trouble. But having a gangster cousin with a seriously bad attitude, a best mate hooked on drugs and a girlfriend who doesn’t know right from wrong, trouble is hard to avoid.

This story, set in South London, is a cautionary tale where privileged and poor, black and white collide. Leah is a middle-class film maker searching for “gritty” subject matter.

She finds it on the streets of Brixton with Benji and his hyperactive pal Archie. Spurred on by a mentor (Jaime Winstone in a supporting role) she exploits her naive council estate lover. The warning signs are there but Benji doesn’t heed them.

It is a simple plot, well told thanks to the performances of the largely unknown cast. Lily Newmark as Leah, Ola Orebiyi as Benji and Craige Middleburg as Archie all bring their characters to life.

The central messaging follows a well-worn path, making the point that arty snobs don’t understand the people they are making art about.

Too often here, directors Darragh Carey and Bertrand Desrochers pull their dramatic punches, choosing not to sustain moments of tension. A Brixton Tale is so short you are left with the feeling there is a deeper story left to be told.