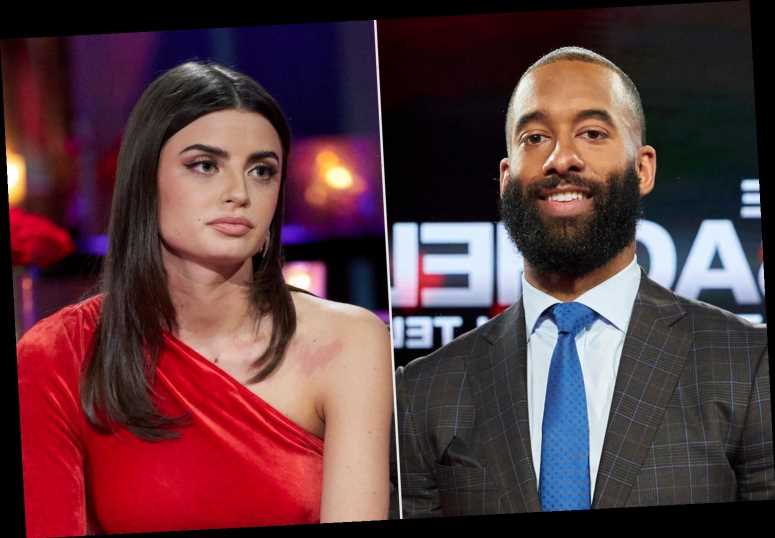 Matt James is focusing on himself in the wake of his split from Rachael Kirkconnell.

During an appearance on The Bill Simmons Podcast on Friday, the former Bachelor, 29, reflected on his relationship with Kirkconnell, which came to an end after photos of her attending an antebellum plantation-themed party in 2018 surfaced on social media while season 25 of The Bachelor was airing.

When asked if he would consider being in a relationship with Kirkconnell, 24, down the line, James said, "I don't think that anyone's irredeemable."

Will you accept this rose? Sign up forPEOPLE's free weekly Bachelor Nation newsletter to get the latest news on The Bachelor, The Bachelorette and everything in between. James told Simmons he found out about Kirkconnell's resurfaced photos "just like everybody else did" — through social media — and that it was "heartbreaking" to find out they were real. (She has apologized and said last month that she is "learning and will continue to learn how to be antiracist.")

"The tough thing is having to explain to America why those pictures are problematic to me," he said. "You hear people harping on forgiveness and I forgave her when she told me. That doesn't mean I'm not disappointed and that I don't want her to do better."

As James continues to heals from their split, the real estate broker said he won't be dating while he jumps back into doing "meaningful work in the community."

"In the meantime, I'm working on myself. I'm not going to be dating," he said. "I'm just solely focused on getting back into that meaningful work in the community and centering myself around projects that are going to elevate all the work that I've been working on doing in the city and special interest things that I appreciate outside of reality television."

During the podcast, James also opened up about how he's feeling after his tumultuous season of The Bachelor, admitting that he hasn't had time to fully process everything that's happened since the cameras stopped rolling.

"I'm so exhausted," he said. "I need to take a step back and take in everything and process what's been going on."

Also on Friday, Matt's brother, John, assured fans that Matt is overall "in a good spot" following the finale during an appearance on Higher Learning with Van Lathan and Rachel Lindsay.

John said he spoke to Matt a couple days ago, sharing "people don't need to worry about Matt."

He continued of his younger brother, "It's kind of like he's going through a detox phase of all the stuff that he was dealing with with ABC and being in the spotlight and doing interviews. He's in a better place, people don't need to worry about how he is because he's doing good."