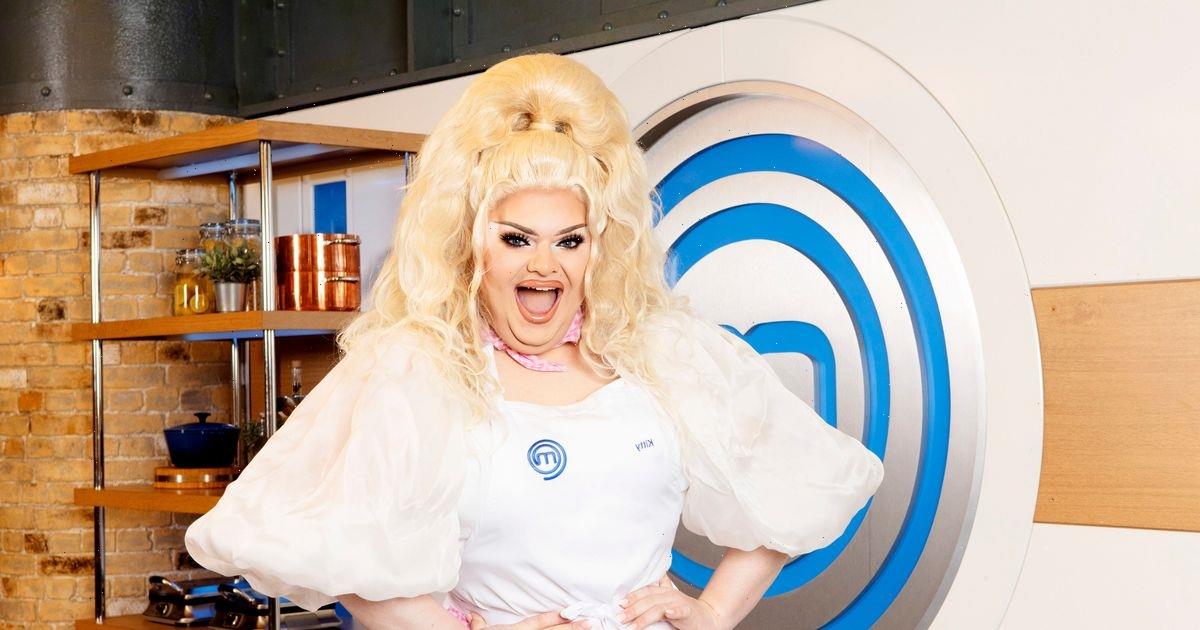 She grew to fame after she stole the hearts of the nation during the third series of Drag Race UK with her impressive stage performances.

But MasterChef star Kitty Scott Claus has just revealed that she could be expanding her horizons past the kitchen as she hinted that she could star on Strictly Come Dancing in the future after receiving ballroom lessons from so-star Katya Jones.

The blonde bombshell, 30, revealed she could soon be hanging up her towering high heels for a pair of ballroom dance shoes for the hugely popular BBC One dance competition.

In an exclusive interview with Daily Star, the infamous performer admitted that she would love to make TV history as the first drag queen to strut their stuff on the reality show.

Ahead of the launch of her campaign with Tu clothing at Sainsbury’s to celebrate body confidence, Kitty opened up about the backstage dance lessons she got with the pro dancer while competing on MasterChef.

She admitted: “Oh I did so much dancing, whenever we go onto a break or a pause in filming [we would dance].

“Katya got up a load of backstage clips on her Instagram and I was like, ‘Oh my God send me them they’re so funny!’.”

Kitty later admitted how she received exclusive training from the Russian dancer on some of the key moves needed for the foxtrot and the jive during their time together on the BBC cooking show.

She went on: “And then she’s show me like, ‘This is this dance, this is the foxtrot, this is the jive’ and I was like, ‘Get me on Strictly, I'm ready. I’m ready to go on Strictly’.

“These are the shows that I grew up watching and I love telly, I love good British TV”.

The performer went on to gush over how grateful she was to compete on the slew of reality shows she has taken part in since she rose to fame last year.

The Brummy queen added: “I never thought I'd be on MasterChef, hell I never even thought I’d be on Drag Race but the fact that Drag Race has opened these doors now is amazing.

It comes after Kitty collaborated with the supermarket giant Sainsbury's Tu Clothing to unveil the first ever dynamic changing room where customers could test out clothes on a treadmill.

New research found that two thirds (65 per cent) of people confirmed they like to move around when trying on clothes to make sure they feel confident in them.

The larger-than-life Drag Race Queen said of the new campaign: “Body confidence is so important, and I want people to share how I feel as a Drag Queen, empowered and happy, strutting their own confidence with pride.

"Changing rooms can be a scary place and you need to feel good about yourself. It's important, babes.”