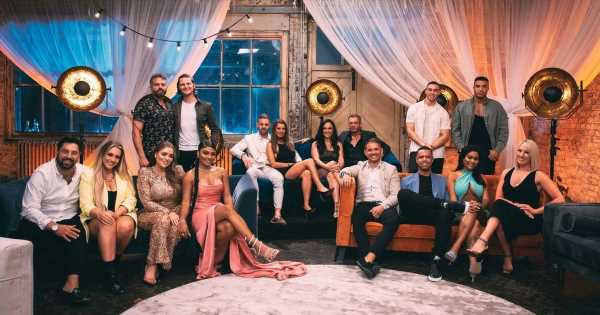 E4 have confirmed that their hit reality TV show Married At First Sight UK will return for two new series.

The popular relationship series pairs singletons up together, who meet each other for the first time when they walk down the aisle.

E4 have revealed that MAFS will return bigger and better than ever with 30 episodes per series, with the first being released later this year.

Fans will also be treated to two new series as the broadcaster has also signed a “multi-series” deal with the makers of the show, CPL Productions.

A TV insider said: “Married at First Sight was a huge hit last year and E4 were keen for it to continue.

“The show rates highly with the much sought-after youth market and caused a huge buzz online, which is a big deal for E4.

“So they’ve backed it and asked for substantially increased series, which means they’ll be drowning in real-life drama”.

Last year’s series debuted in a new format modelled on the Australian version of the show with a 21 episode format where all the couples frequently interacted.

Previously, the series was shot like a documentary and only featured two couples who only met each other once.

Yet, the 2021 revamp firmly reignited viewers interest in the show and it became a rival to hit dating show, Love Island.

The couples met for weekly dinners together, as they all lived in the same apartment building in Brighton. This meant that individuals saw sparks ignite not only with their own partners, but there was the added drama of sparks flying with different contestants in other couples, too.

It was also the debut of the first gay partnership on the show, Dan and Matt. The happy couple are still committed to each other and now live together in Northern Island.

Tayah Victoria and Adam Aveling also successfully kept their marriage alive. Speaking about their experience on the show, the couple said: “The MAFS experience was a once in a lifetime opportunity and not a day goes by where we aren’t thankful for what we have gained from the process and the life-long friends we have made along the way.

"We’ve now settled in Doncaster and are living our happily-ever-after with our dog, River!”

The relationship experts who are on hand for all forms of advice will also return, which includes Mel Schilling, Paul C Brunson and Charlene Douglas.

Head to shortaudition.com/MAFSUK2 to sign up and audition for the next series.

Stay up to date with all the latest on Married At First Sight by signing up to OK!'s daily celebrity newsletter .