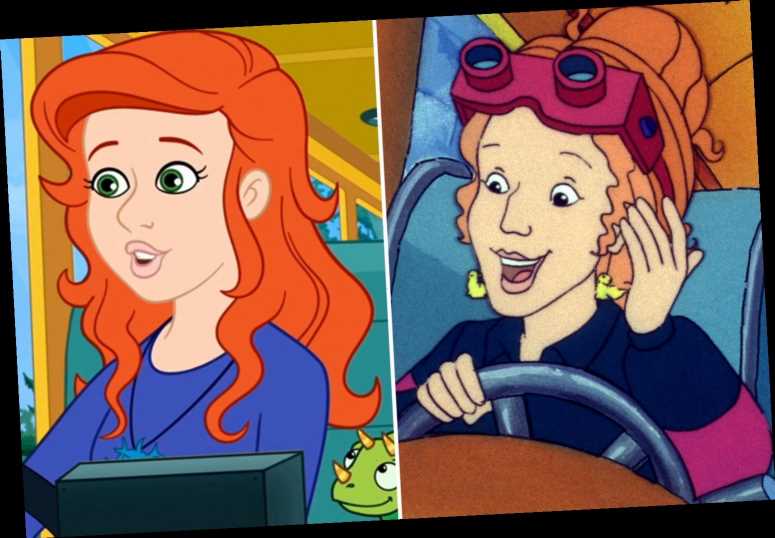 MAGIC School Bus has been slammed by fans for giving Miss Frizzle a "sexy" makeover.

A number of critics took to Twitter to slam the reboot from the 90s classic kids show. 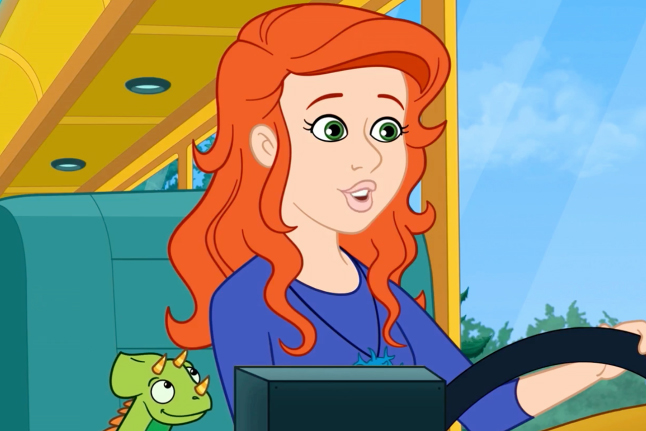 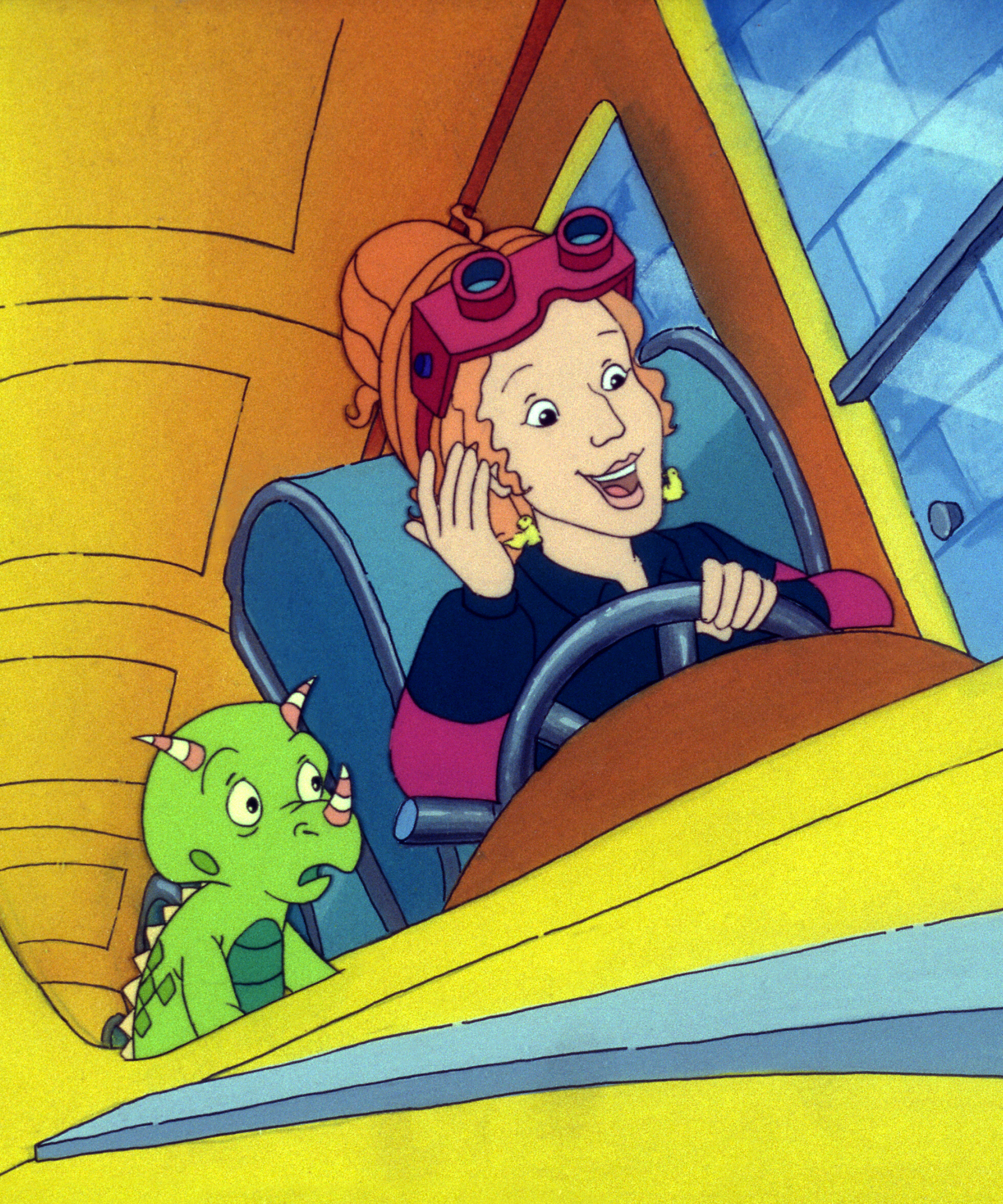 While The Magic School Bus Rides Again premiered on Netflix in September 2017, fans still can't seem to wrap their head around Miss Frizzle's new look in the reboot.

The reboot's main character has long wavy hair that falls past her shoulders, while she wears a flattering purple shirt and skirt that shows off her curves.

One person explained that the character is question is not the beloved teacher many people grew up with, but instead her sister.

Alongside a photo of Miss Frizzle and her sister, Miss Fiona Frizzle, a Twitter user wrote: "Some people seem to think this is a redesign of Miss Frizzle, and it's not, it's canonically her sister who takes over as the teacher for this reboot.

"Not saying the reboots good or anything, but it wasn't the same character." 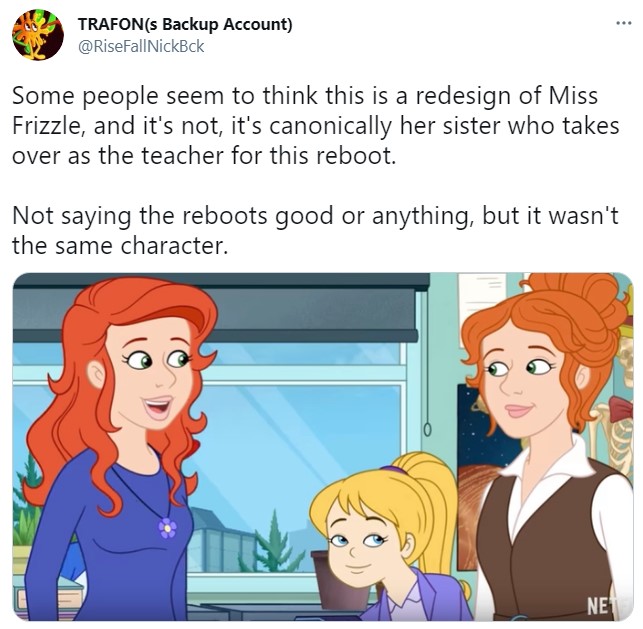 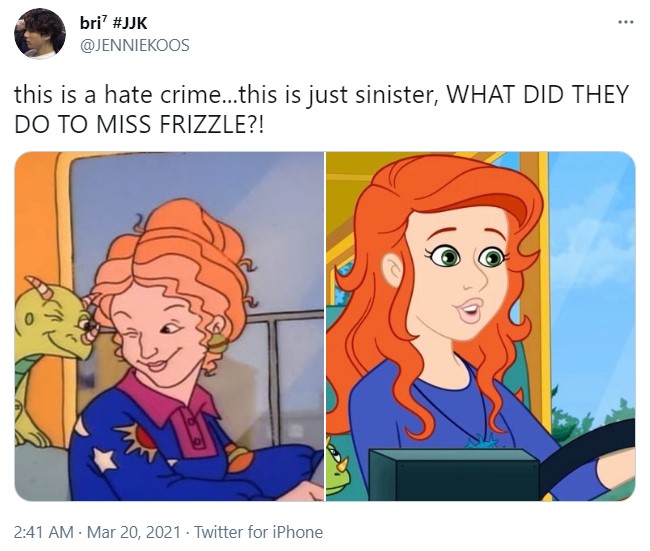 Despite the two Miss Frizzles being different characters, a number of viewers have recently taken to Twitter to criticize the teacher's looks.

Alongside side-by-side photos of the two characters, one person wrote: "this is a hate crime…this is just sinister, WHAT DID THEY DO TO MISS FRIZZLE?!"

Another enraged fan added: "F**K #canceldreamstans LOOK AT THE NEW MISS FRIZZLE THE F**K IS THIS."

A following fan noted that the new Miss Frizzle resembled Ariel in The Little Mermaid, writing: "we need a miss frizzle that's not a disney princess." 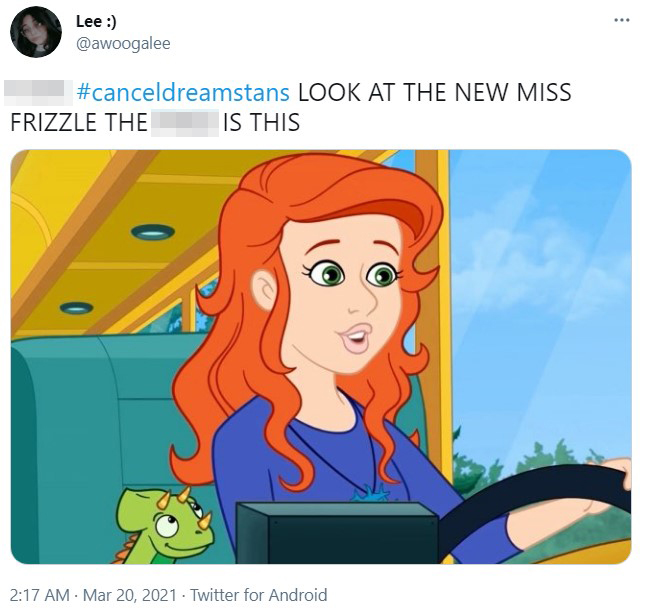 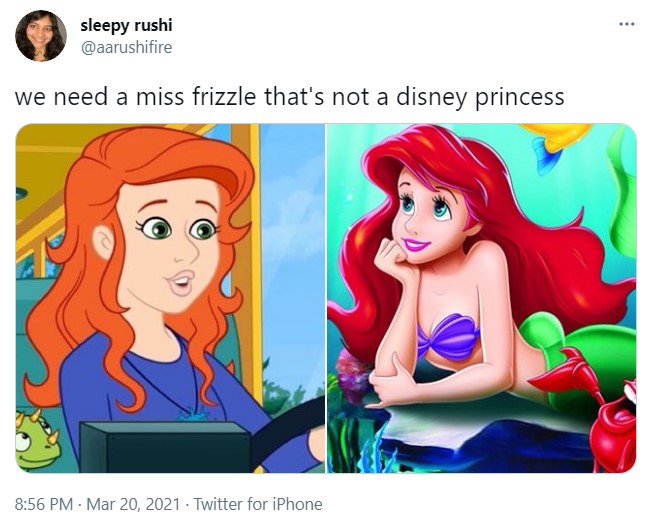 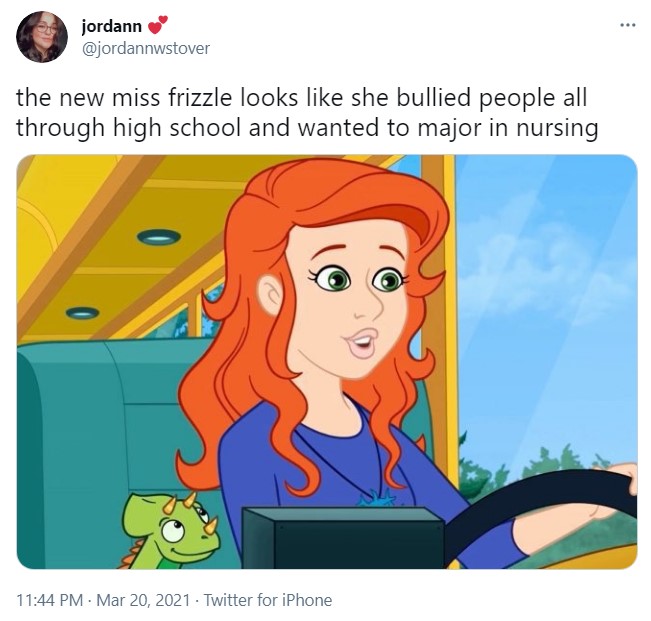 An additional Twitter user chimed in: "the new miss frizzle looks like she bullied people all through high school and wanted to major in nursing."

The animated series aired on Netflix from September 2017 until April 2018. 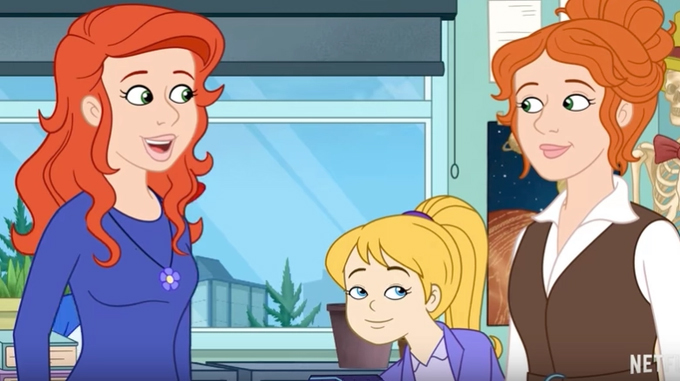 Lily also voiced the role of the beloved teacher in the original Magic School Bus series, which aired on PBS Kids from 1994-1997.

The popular series followed Miss Frizzle as she embarked on a number of adventures with her class on a magical bus.

Throughout the series, the group went on exciting field trips as they discovered different locations, creatures, time periods and learned fun facts about science. 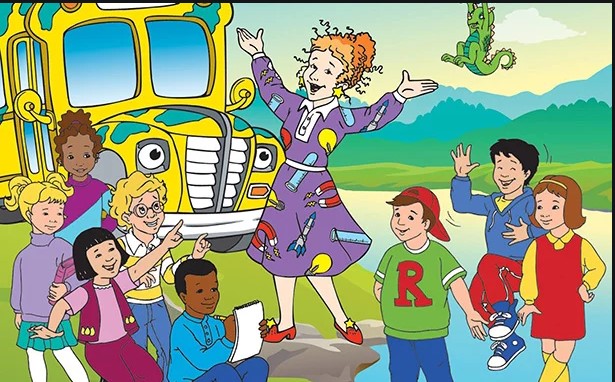