Ralf Little find out his great-grandad was a football player

The hit BBC genealogy series saw Death in Paradise star Ralf, 42, delving into his relatives’ past. During the episode, he found out his great-grandfather had been a talented footballer and had scored for his prestigious team during an important match. Ralf celebrated the victory, explaining he was “delighted” despite the match having taken place over a century ago.

An expert discovered a photograph that he brought to Ralf of the team his relative played for.

“So here’s a photograph from your great-grandfather’s era,” he explained. “See if you can see him.”

Pointing towards a young man, Ralf asked: “Oh, this guy?”

After his identity was confirmed, Ralf added: “Oh, you see I’ve only seen pictures of him from when he was about 40. But I guess he’s, what, 20 here?” 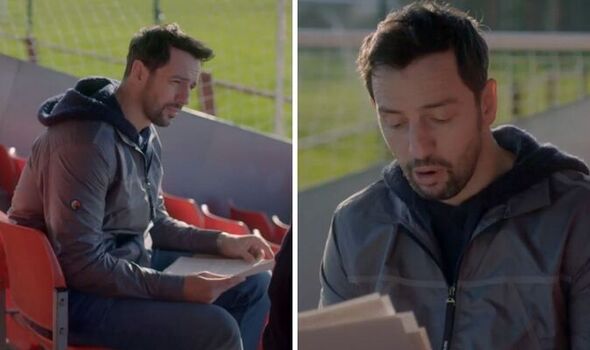 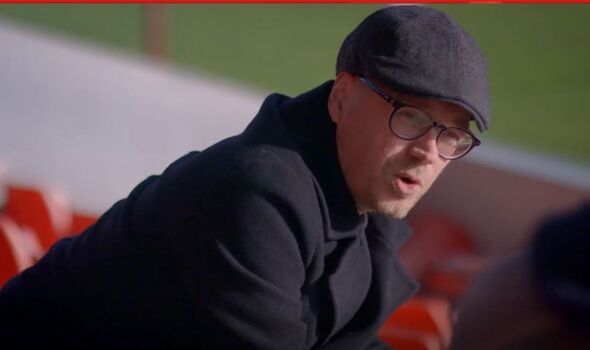 He continued: “He was a forward. In some press match reports he’s described as the centre-forward – goal scorer.”

He showed the actor a newspaper clipping covering the game. 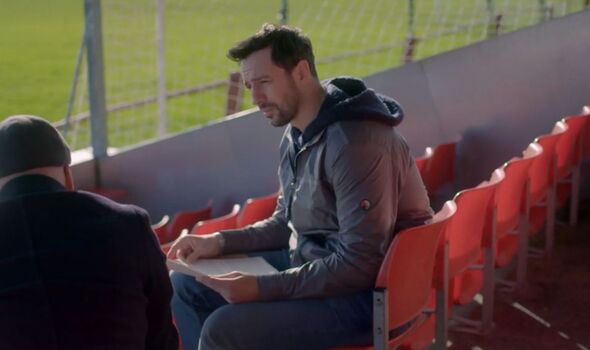 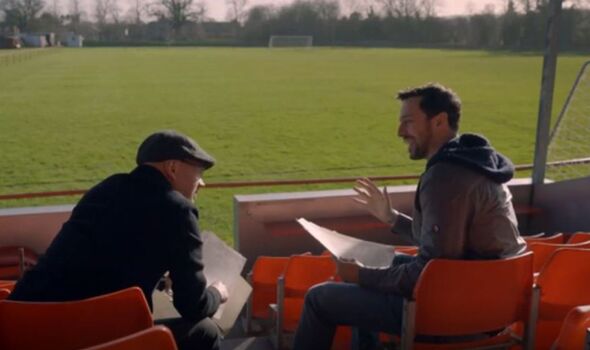 As he heard more about the game, he commented: “Wow, okay. This is quite a big cup final, then.”

He continued reading: “‘The day was a glorious one for the time of year, the sun shining out powerfully, and consequently the attendance was an excellent one.'”

“Yeah, it doesn’t actually give the figure but there were 3,000 people at this match,” the historian explained.

“For these small places, that is a big number.”

Reading the rest of the report, the former Royle Family star continued: “‘Chirk won the toss and put the Rovers to face the sun.

“‘The Rovers were the first to be really dangerous, the play was terribly fast, the players showing great determination.'”

Ralf was advised to turn towards the next pages, and as he did he read from the document: “‘Halftime was signalled, with the score standing Chrik, 0 Westminster Rover, 0.

“‘The game had not been started more than a minute before… Lockley scored!'”

Fist pumping and grinding with pride, the actor yelled: “Get in, Albert!”

He went on: “That has absolutely made my day!”

Turning to see how the game concluded, he read: “‘A corner for Chirk was the next occurrence but it came to nothing

the Rovers seem now to be a beaten team.

“So, Albert is playing in one of the top teams in Wales and he’s winning a trophy,” the expert announced.

Ralf remarked: “Honestly… like, it’s so funny. This is 100 years ago, more than 100 years – and I’m genuinely delighted to read about my great-grandad winning this cup.”

Who Do You Think you Are? continues on Thursday at 9pm on BBC One.