If anyone could have been mentally prepared for M.I.A.’s savagely tepid response to his documentary about her, it’s Steven Loveridge. The soft-spoken British filmmaker and the British Tamil pop icon go way back to their art school days at Central Saint Martins, but after seeing “Matangi / Maya / M.I.A.” for the first time at the Sundance Film Festival, Mathangi “Maya” Arulpragasam set him straight. “It’s not the film that I would have made,” she said during a live Q&A, adding that Loveridge “took all my cool out.”

“That was excruciating, showing it to her at Sundance,” Loveridge said during a recent phone interview. “That was not a good idea, to spring it on her in the audience and say, ‘Now, welcome to stage, M.I.A. and Steve Loveridge,’ and then I have to say to her, ‘What do you think of the film?’ Live, at Sundance, and she went, “No, I don’t like it.” So all the audience were like, ‘Whoa, this is exciting.’”

Loveridge is a bit cagey on what exactly Arulpragasam didn’t like, though he stressed multiple times that she has “Since come ’round to sort of loving the film and being very supportive.” Recalling her initial reactions, Loveridge toggles between vastly different reasons. “I think at first she felt like, ‘Where’s all the performance? Where’s the cool? Where’s all the stylish shots?,’” he said. But he also said she thought “it focused on her too much,” and that she wanted the film “to tell the whole history of Sri Lanka…start[ing] way back in the 16th century and the first colonial invasions.”

Loveridge’s conflicting accounts may reflect Arulpragasam’s actual conflicting reactions, or his own denial of what had to be a painful reception. She has since appeared with Loveridge in Q&As promoting the film, often with family and Tamil audiences in attendance. (She also pulled out on what was initially a joint interview for this publication.)

“As soon as she heard and saw her cousins’ responses to the film, I think her whole attitude to it changed,” said Loveridge. “She became aware of … how much of a big deal it is for that community to have that story up there on screen … that on its own meant so much to people, that I think her concerns about individual shots and haircuts and that kind of thing melted away.” 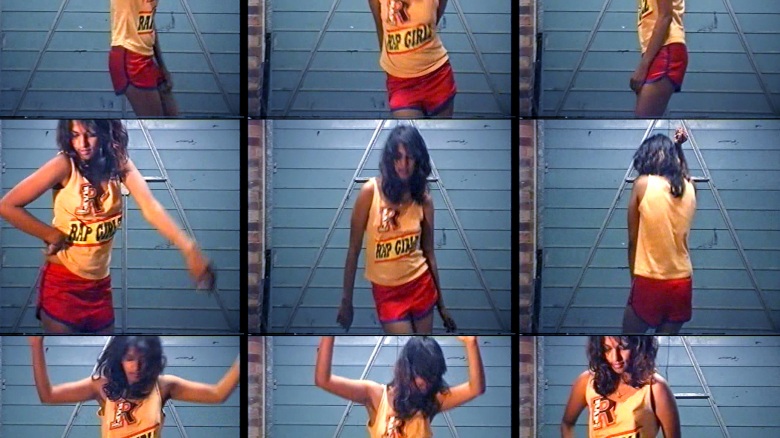 Far from a conventional musical biopic, “Matangi / Maya / M.I.A.” is a portrait of a radical artist caught between her growing fame and the unspeakable tragedies the Tamil people experienced in Sri Lanka. Arulpragasam gave Loveridge access to over 700 hours of footage, some of it shot by a teenage Arulpragasam herself, when she was an aspiring documentarian. There is very little concert footage, and the film focuses more on her experience as an immigrant than as a songwriter.

“Because she’s still very much alive and in mid-career in a mid-place in the story, it felt like I needed to make something much more open,” said Loveridge. Outspoken in her politics, (she famously flipped off cameras during the 2012 Super Bowl halftime show), Arulpragasam was often treated harshly by American media, which preferred she stick to music rather than talk about genocide. “Matangi / Maya / M.I.A.” is an attempt to correct the record.

“There’s a cynicism about anything political coming out the mouth of a pop-culture artist,” he said. “Like she says in the documentary, people don’t wanna know about blown-up babies and stuff. They want you to talk about how wonderful it feels to be nominated for an Oscar or a Grammy and talk about whose dress you’re wearing and that kind of thing, and she’s constantly saying, ‘There’s a genocide happening in Sri Lanka.’ It was just a very awkward, difficult time.”

The worst years of the Tamil crisis coincided with the 2007 release of “Paper Planes,” the thumping single that launched M.I.A. from underground indie act to international superstar. At a time when she could have enjoyed her success, Arulpragasam was compelled to use her platform to shine a light on the bloodshed in Sri Lanka.

“She was in a position where she could’ve had it all, all the stars aligned with ‘Paper Planes’ being a big hit… The Tamil crisis happened exactly those same three months that she was up for a Grammy and an Oscar and the Time 100, in the spring of 2009. There was nothing she could’ve done.”

The specter of the Tamil crisis and the way the media treated her still haunts her career, according to Loveridge. “I think that changed the trajectory of her career because I think she fell out of love with the American media.”

It should come as no surprise, then, to anyone who sees the film and certainly to Loveridge himself, that Arulpragasam would be highly critical of any portrayal, even one she initially sanctioned herself.

“That’s why there was a lot of sensitivity around the documentary,” said Loveridge. “She was like, ‘You can make this film, but you realize I’m not gonna promote it. I’m not gonna come around and do loads of interviews.’”