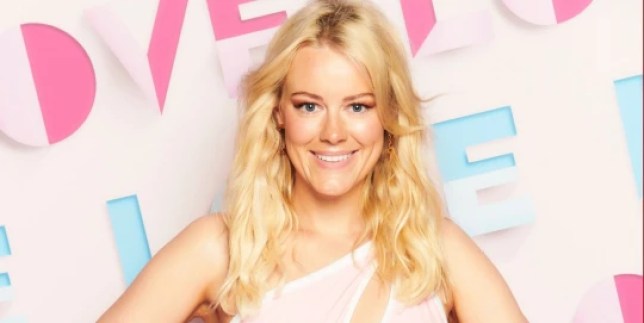 Love Island star Georgia Townend dashed to hospital last night after a nasty accident where she sliced through her thumb.

The reality TV star, who featured on the ITV2 dating series along the likes of Liberty Poole and Faye Winter, updated her followers with a picture from A&E.

‘I hate going to the doctors, hospital, A&E etc, feel like I’m wasting their time but I’ve sliced my thumb right open and it’s been bleeding non stop for quite literally hours,’ Georgia explained.

The 28-year-old continued: ‘I have grown quite attached to it over the years so rather it didn’t fall off.

She later updated: ‘Four hours later, all bandaged up.’

She did however manage to make light out of the situation, adding: ‘Big shout out to my new mates, Charlotte, Doug and Jodie who I met in A&E and spent the entire evening with.

‘Pretty much know their whole life stories now,’ she wrote, adding: ‘Hope you have a nice wedding in June next year Charlotte babe.’

The news unfortunately comes after Georgia announced her devastation after her ‘audacious’ cat was in a hit and run accident.

She wrote: ‘To the absolute c**t who ran over Betty and left her to die in the middle of the street this morning I hope you have the life you deserve.

‘She was completely audacious, let herself into anyones house with a door or window slightly ajar, at your feet without fail every time a yoghurt pot was opened, and refused to drink water unless it was out of a glass.

‘She kept me company, through some of the worst years of my life, and made my heart swell even on the darkest of days. Life won’t be the same without you.

Georgia also quipped that her feline friend ‘better get a job up there b**ch’ because she had been charged with her pet insurance.

The heart-wrenching words were shared alongside a sweet montage of Georgia cradling Betty throughout the years.

During her brief stint on Love Island, Georgia tried to catch the eye of Hugo Hammond, but unfortunately things didn’t quite work out, and she was dumped from the island.

Despite lasting only 48-hours in the villa, the marketing executive has won a legion of followers, updating them with glamorous holidays in Mykonos, as well as sharing her thoughts on this season of the reality programme.

Love Island is available to watch on ITV Hub.