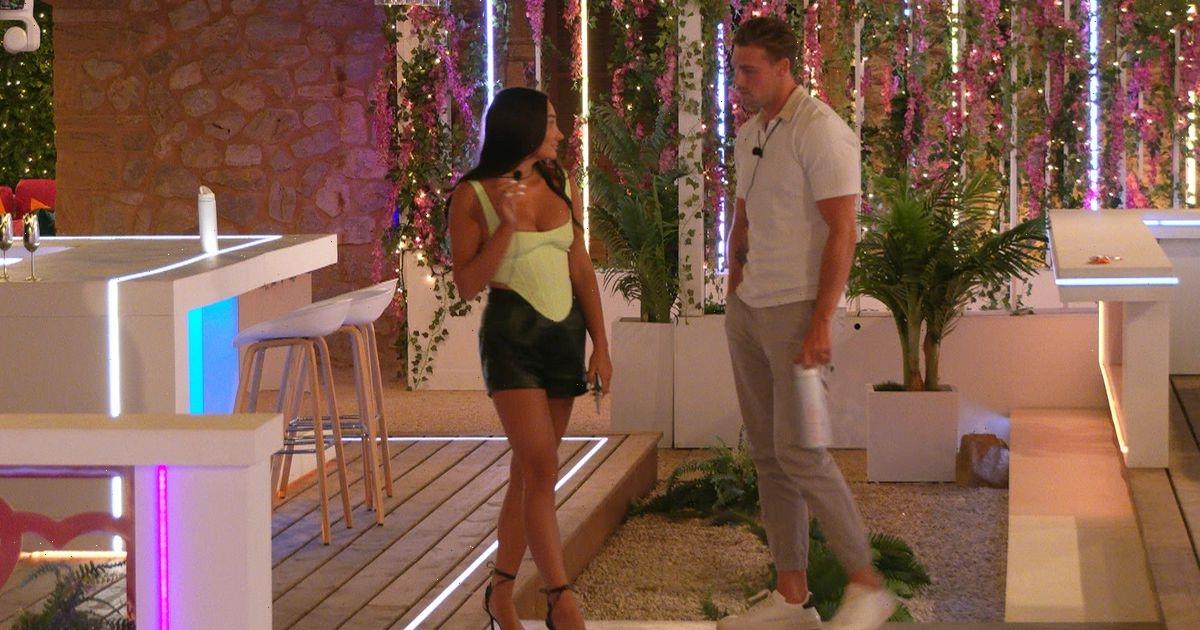 As the Love Island villa continues to reel from the revelations shared in Thursday’s dramatic recoupling, the aftermath from Casa Amor will continue as more details are set to come to light as Coco Lodge confesses she and Andrew “more than kissed.”

So far, fans of the show have seen Andrew Le Page and Tasha Ghouri coupled up since day one, but following just a few short days apart in the Casa Amor villa, the pair parted ways as Andrew coupled up with newcomer Coco Lodge, while Tasha opted to pair up with Billy Brown.

Despite their decisions, the couple appeared to be upset with their former partner’s choices, with Andrew even going as far as branding Tasha a “liar” who “tells more lies than Pinocchio” despite having been caught kissing Coco himself. Following a heated exchange, the pair did appear to clear the air and move on, but in scenes set to air on Friday night, it looks like Andrew may not be as ready to give up on Tasha as it had originally appeared.

Pulling Coco aside for a chat, the 27 year old realtor confesses he still has feelings for Tasha and wants to hit the breaks on his blossoming relationship with Coco.

“I’m gonna be completely honest with you and how I’m feeling as well,” he tells her.

“Just at the moment with Tasha being on my mind I feel like I don’t wanna lie to you and I don’t wanna say something to you if I don’t mean it yet. So for me, I do wanna continue getting to know you of course…”

Cutting him off, Coco quickly interjects asking: “But you just wanna do it really slowly?”

Andrew agrees: “Just take a step back until my mind has cleared or whatever happens, happens.”

With his position clearly laid out, Coco initially seems to accept his decision, but that amicable connection appears to be short lived, as Coco later gives him an ultimatum to reveal the entire truth about their time together to Tasha – or she will.

Staying true to her threat, Coco is then seen pulling Tasha aside for a girl-to-girl chat, where Coco admits their antics were a little more x-rated than Andrew has led her to believe.

“I don’t think you would be happy with some of the things that were said or done,” says Coco.

In the wake of the revelations, Tasha immediately seeks out Andrew for some clarity, especially given how cruel he was to her following the re-coupling.

Outside on the terrace, away from their fellow Islanders, Tasha urges Andrew to tell her the complete truth about what happened while she was away at the second Casa Amor villa.

“I want you to be honest with me right now and tell me everything,” she pleads, before going on to explain exactly what Coco had told her.

Tasha then tells him: “You have probably been doing worse than what I’ve done with Billy!”

In the face of his own indiscretions, Andrew holds his hands up and admits to his behaviour, but not before trying to justify it, much to Tasha’s chagrin.

“I put my hands up and what I’ve done initially out of anger, worse, granted, yes. But I’ve never felt like we’re together in this situation, because you’ve got to know every single guy that walks through the door,” says Andrew.

Before Tasha goes on to say: “You keep playing the victim here! But you’ve been kissing her, doing whatever you’ve been doing in this Villa. You know, being in bed, kissing, canoodling, hugging.”

Will Tasha and Andrew find a way to reconcile? Tune in to find out!

Love Island continues tonight at 9pm on ITV2 and ITV Hub. Episodes are available the following morning on BritBox