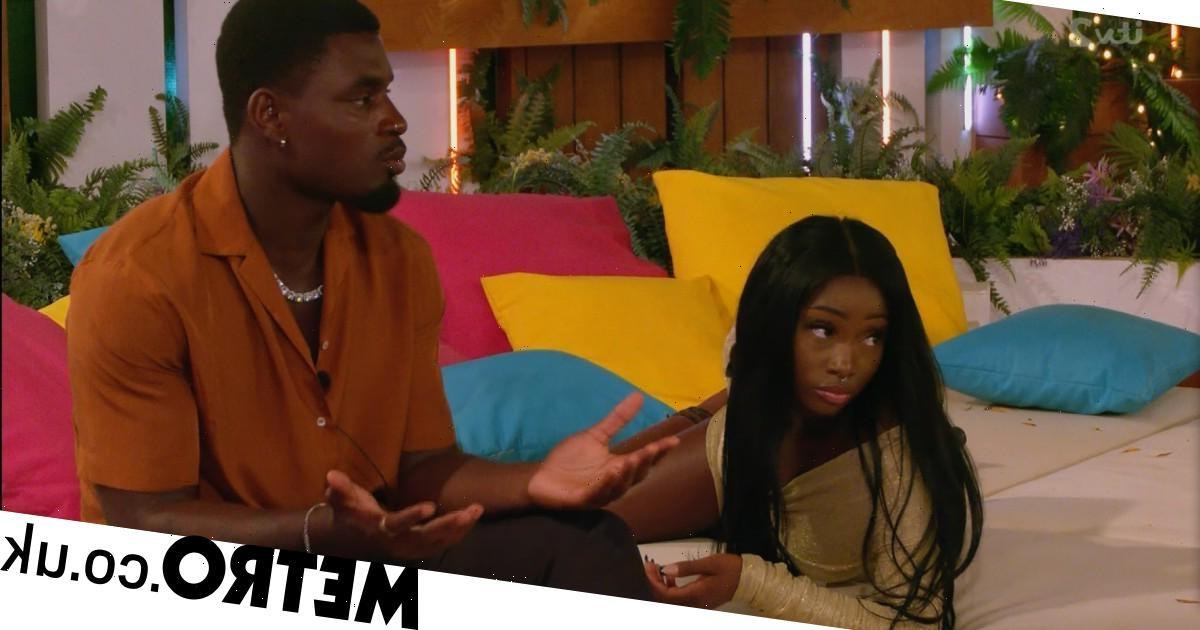 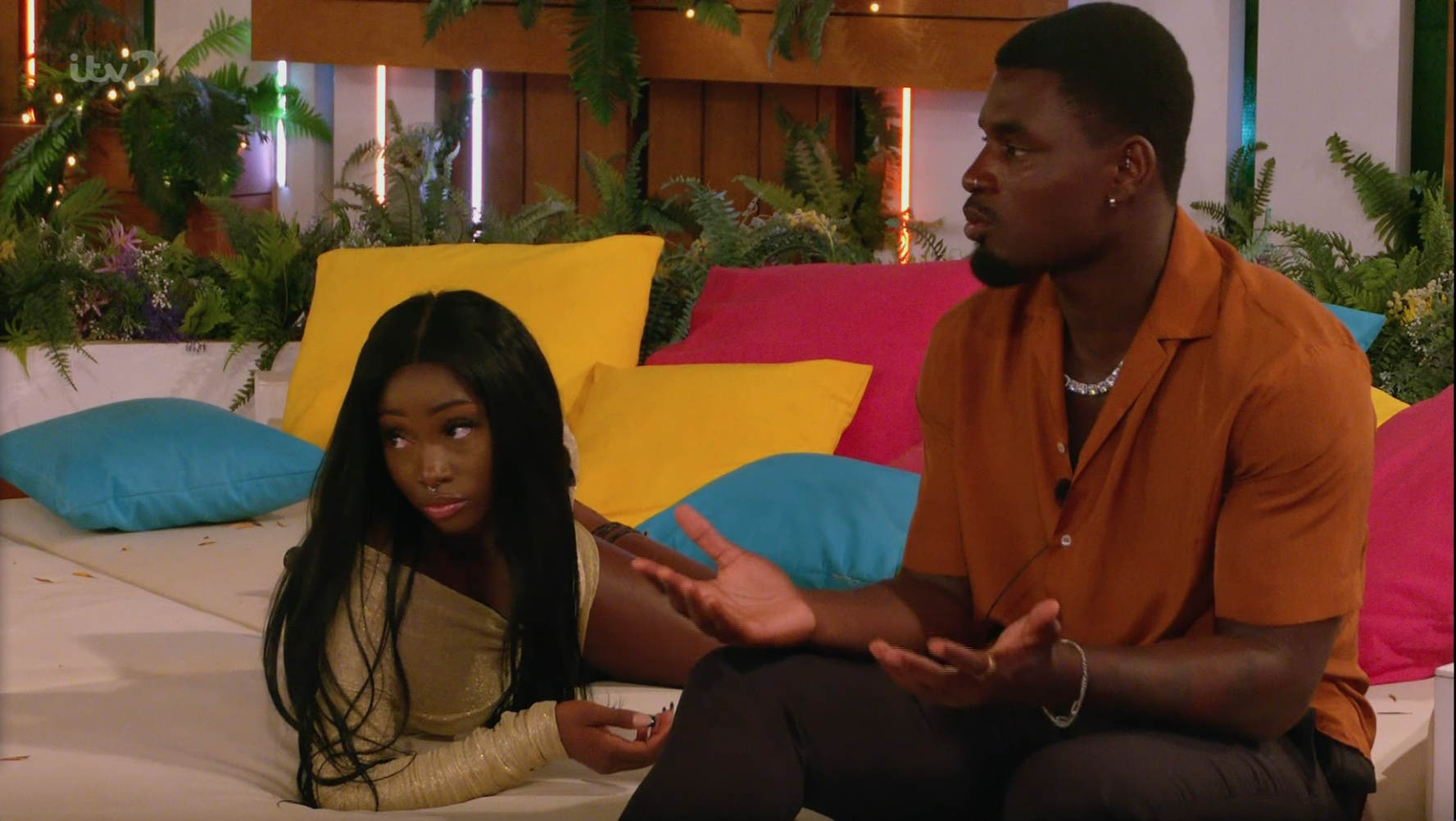 Love Island viewers are totally team Indiyah Polack after she threw Dami Hope’s ‘engagement’ ring into the pool when he tried to marry her – seconds after sharing a passionate kiss with Summer Botwe.

The Islanders enjoyed a game of Snog, Marry, Pie, where each guy and girl had to choose another person to, you guessed it, snog, marry, and shove a cream pie in the face of, leading to some interesting revelations.

One moment that left everyone’s jaws on the floor was when Dami chose Summer – with whom he shared a three-way kiss in Casa Amor – to have a steamy smooch with.

Indiyah – who recently patched things up with her other half after they both recoupled in Casa – could only gasp when Dami, basically, shoved his tongue down Summer’s throat, with the rest of the girls in disbelief at how passionate their kiss was.

Moments later, Dami got down on one knee in front of Indiyah to state his reasons for wanting to walk her down the aisle, but his plan quickly backfired.

Instead of allowing him to place the ring onto her finger, Indiyah grabbed it out of his hand and threw it into the swimming pool, in what fans are branding an ‘iconic’ Love Island moment.

‘You think you can kiss Summer and then come marry me? I think not’, she told him.

The rest of the girls clapped and cheered, while the boys laughed, all while Dami was still kneeling down.

‘I love Indiyah, the way she threw that ring into the pool!’, one viewer tweeted.

‘My baby Indiyah, stand your ground sis’, wrote another.

Elsewhere in the challenge, Tasha Ghouri was left in tears after being pied by the likes of Luca and Dami, feeling like their reasons for doing so were ‘personal’.

Danica Taylor also started crying when Casa Amor bombshell Billy Brown neither snogged nor married her during the game, despite sharing intimate moments under the covers with him just nights earlier.

Poor Danica was left feeling like she wasn’t able to form a connection with anyone, and exchanged some choice words with Billy later on.

Kiss goodbye to your social life – Love Island is back to dominate your evenings, with the new series promising more drama than ever before.

For all the latest updates, visit Metro.co.uk‘s Love Island page.