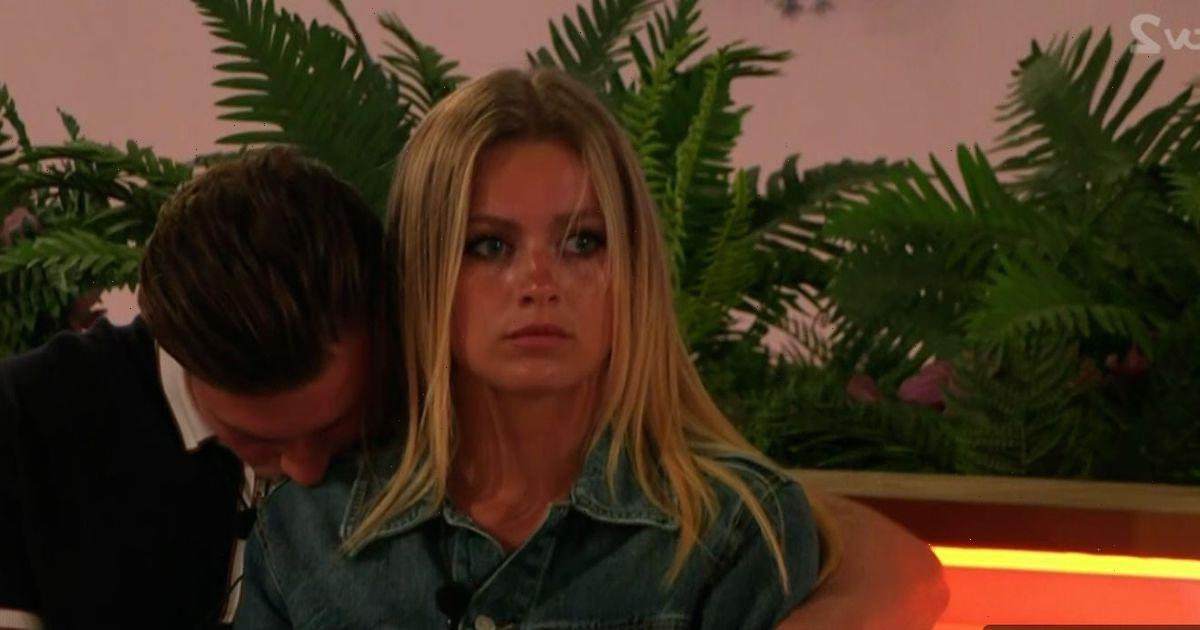 Love Island stars Andrew and Tasha's relationship has been called 'flat' after the duo has hit a rocky patch in the villa.

They may have been one of the strongest couples in the villa but after bombshell Charlie entered last week, thing's haven't been smooth sailing for them both.

Although they've both not strayed from one another, Tasha admitted she'd be open to getting to know the new arrival after he took her on a date.

The same night, it was announced there would be a recoupling with Andrew convinced the newest bombshell would pick his partner Tasha.

It quickly became clear to the other boys how much he liked the professional dancer but they quickly questioned if his feelings were equally reciprocated.

Despite getting on during their date, Charlie opted to re-couple with Ekin-Su leaving Andrew to once again pick Tasha.

However, when he was making his speech, some of the other boys were less than impressed with his decision as they shook their heads in disappointment.

This didn't go unnoticed by Tasha who stormed off in tears calling their behaviour 'rude'.

When discussing the villa's antics on the Love Island: The Morning After podcast, former winner Kem Cetinay said people are keeping their options a little 'too open' and understood why Andrew was annoyed.

He said: "They've got to the point now where they're starting to like each other and then it's like 'yeah I'm going to keep my options open'.

"Then what does the other person do when you're keeping your options open? It's a bit of a blurred line."

Radio presenter Rio Fredrika stated that as Tasha has said she wants to keep her options open every time a bombshell enters, she could understand why some of the boys stood up for Andrew.

Kem told listeners he thinks that Andrew handled the situation well as some people would have told her to make a decision on what she wanted to do.

They may be going through a rough patch now but Kem believes she'll go back to Andrew and they'll be back on track.

Although Niall didn't share the same opinion as he said there wasn't too much excitement between them.

He said: "I think they're a nice couple and they're getting along, but it's a bit flat.

"It doesn't seem like there's too much excitement there."

Kem disagreed but claimed that the couple were extremely similar.

He added: "Weirdly they're so similar, it's like they could be brother and sister!"