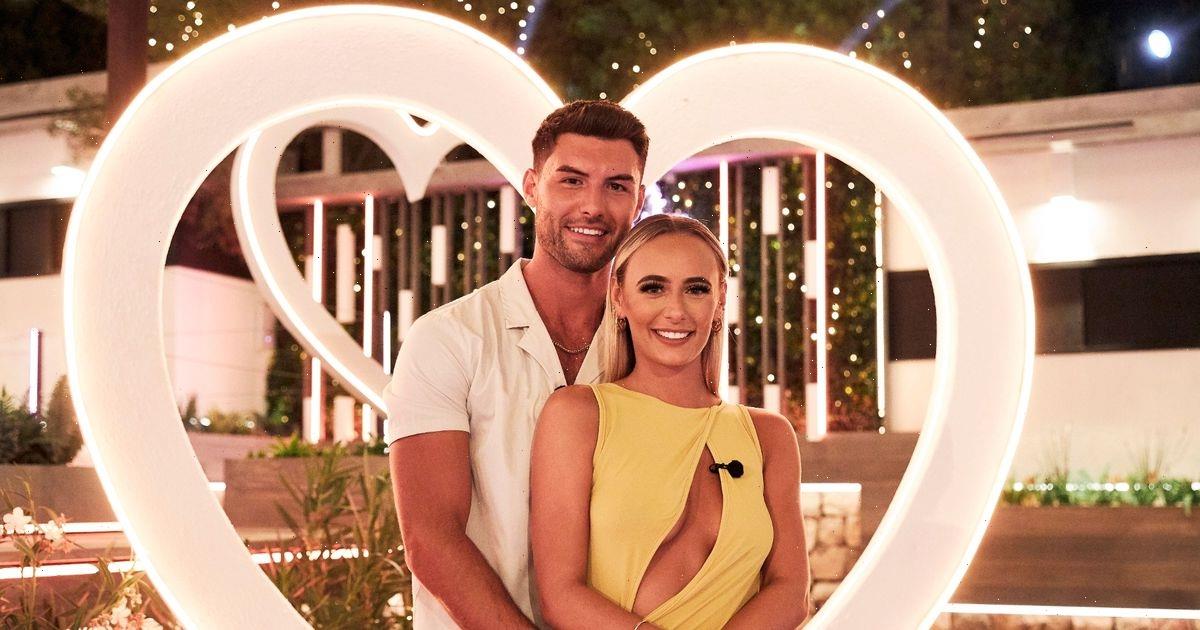 They've been crowned Love Island champions 2021 and now Millie Court and Liam Reardon are looking towards a bright – and wealthy – future.

Fashion buyer administrator Millie, 24, is set to become a millionaire in just a year through advertising and endorsements, while bricklayer Liam, 22, is also tipped to rake in cash.

Millie and Liam became boyfriend and girlfriend after the Welshman popped the question to his partner in front of Laura Whitmore live on air.

Millie and Liam won with a whooping 42.02 per cent of the vote, with Chloe and Toby receiving 30.85 per cent.

But what happened to the previous Love Island winners – and how much money have they made from being on the show? Daily Star investigates.

Jess and Max stormed to victory on the show’s first year but split five weeks later.

Cricketer Max went on to date a string of reality stars including Charlotte Crosby and Love Island beauties Zara Holland and Laura Anderson. He also starred on Ex On The Beach

The 28-year-old from Huddersfield is estimated to be worth £700,000 thanks to nightclub PAs, TV appearances and sponsored posts.

Jess has made £1million thanks to a full-time career as a fashion and beauty influencer but suffered tragedy when she lost her unborn baby boy Teddy last year.

The pair have a two-year-old son Teddy together.

Proving the course of true love never runs smoothly, Cara and Nathan split up a year after winning series two.

She then discovered she was pregnant. They got back together a few weeks before son Freddie, now three, was born.

They later revisited the Love Island villa and Nathan shocked Cara by asking her to marry him.

They wed in summer 2019 and daughter Delilah followed a year later.

While they’ve not been as high profile as other couples, they appeared on The Only Way Is Essex while Cara, 31, has launched a company selling personalised items and Nathan, 29, started a fitness business.

With a boost from sponsored posts, they are worth a combined total of £1.5million.

The couple called it quits in December 2017 after a string of rows.

But their split didn’t diminish their success – Amber, 24, has gone on to become a West End star, appearing in the musical Nine to Five and the upcoming tour of Bring It On and also landed lingerie, fashion and swimwear deals. She can charge up to £10,000 for a sponsored Instagram post and has made £1.9million in total.

It recently emerged she had split with latest boyfriend Nick Kyriacou for the second time, while she has previously been linked to singer Liam Payne and Diversity dancer Perri Kiely.

Former barber Kem has also enjoyed fame since exiting the villa, making around £1.5million He did Dancing on Ice, hosts the official Love Island podcast, presented a mental health series with fella champ Amber Gill and recently opened a restaurant.

He has also appeared on reality shows including Celebrity Hunted with villa pal Chris Hughes.

Kem, 25, is single after splitting with lawyer Lexi Hyzler.

The pen salesman and daughter of actor Danny Dyer moved in together after the show and landed their own reality show spin-off Jack & Dani: Life After Love Island.

But they split in 2019 and Dani got back together with former boyfriend Sammy Kimmence.

The pair have a son Santiago but are no longer in a relationship after Kimmence was recently jailed for three-and-a-half years for conning two pensioners out of £34,000.

Work-wise things have been a lot happier for Dani, 25.

She bagged her own fashion range, advertised Surf laundry detergent, released a book and records a podcast with her dad.

Jack is worth an estimated £1million. He appeared on Celebs Go Dating and trained to become a professional boxer last year.

But last week he revealed he was battling depression and anxiety. Jack, 30, has been linked to a string of beauties including Towie’s Frankie Sims and Chloe Brockett and has a 17-month-old daughter Blossom with ex Casey Ranger.

Original islander Amber won with Irish rugby player Greg but they only lasted a month on the outside.

Geordie beauty therapist Amber landed a £1million fashion deal with online retailer MissPap when she left and her fortune now is estimated at £2.1million.

She can charge up to £6,000 per Instagram post, has launched a fitness business plus recently starred on Channel 4’s Can I Improve My Memory?

Amber, 24, has kept tight-lipped about her love life but is thought to be currently single.

Greg, 26 – who’s worth around £700,000 – is still playing rugby and competed at the Olympics in Tokyo as part of Ireland’s rugby sevens team. They just missed out on a place in the quarter finals.

Thanks to the lockdowns, the most recent winners haven’t had the chance to earn as much as previous champs but are thought to be worth £800,000 thanks to endorsements and sponsored posts.

But they’ve not been splashing out – Paige, 24, and Finn, 21, told the Daily Star last week they had saved most of their £50,000 prize money, with Paige only treating herself to a new laptop and pair of boots!

They are the only winning couple apart from Nathan and Cara still together and share a flat in Manchester.