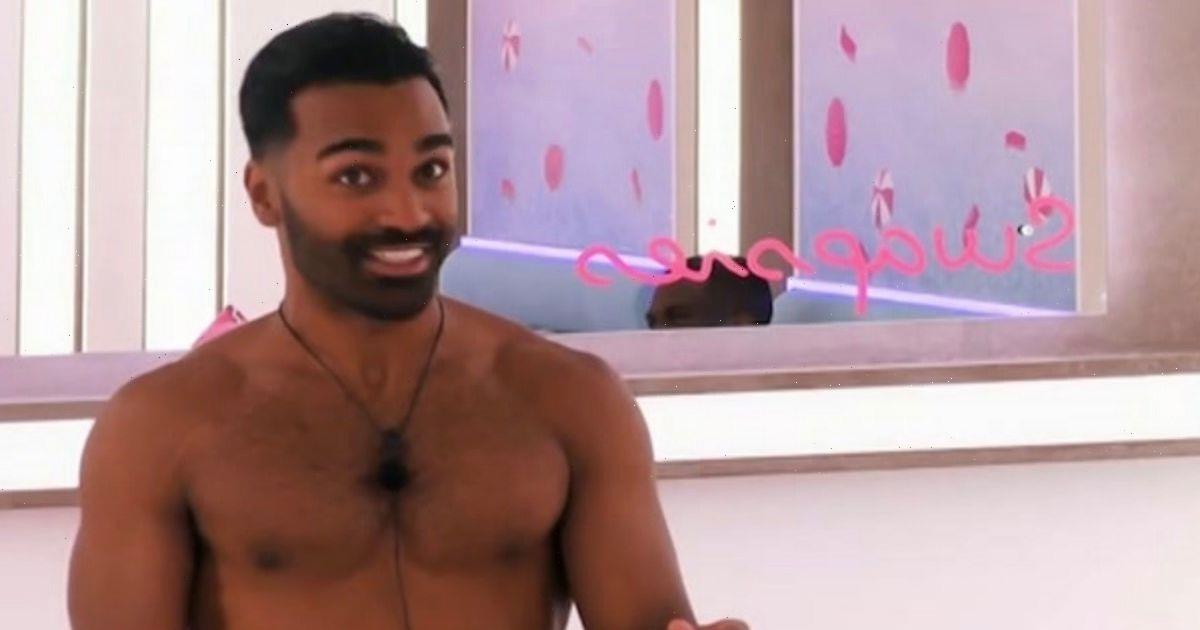 Former Love Island star Eva Zapico has revealed how ITV bosses pulled her into a private room after her late-night pillow fight with beau Nas Majeed due to their “abuse” concerns.

Over the past few days, fans of the ITV2 dating show have been gripped to their screens as they watched the drama unfold in the main villa while the girls are away.

And after watching this week’s explosive drama unfold viewers are left wondering which couples will be able to pick up the pieces and recouple and which will find a new path with the bombshells.

It was clear to see many of the residents believed their secret smooches went unnoticed by their partners as they remained tight-lipped about their endeavours while the girls were away from the main villa.

But one thing the group can’t escape is the watchful eyes of production team as the former Casa Amor belle, 23, revealed how producers pulled her and her long-term boyfriend Nas into a private room for a chat in the middle of the night.

Want all the last villa gossip straight to your inbox? Sign up for our daily Love Island newsletter HERE.

While fans wait for the inevitable moment the Islanders learn of each other’s betrayals, Eva revealed to Daily Star how producers are constantly watching you through the night after they leaped into action during their spontaneous pillow fight.

She explained: “Nas and I were in bed and we were just laughing around and stuff and then when you’re laughing too much they’ll be like, ‘Right guys can you just go to sleep now?’ but I don’t know why but we just got the giggles or something.

“And then we were having like a mini pillow fight and he put a pillow over my head and obviously it was a joke and stuff, but then straight away we got a call saying, ‘Nas can you go to the Beach Hut straight away’.

The brunette beauty revealed it was only when she was rushed to the Beach Hut that she learnt how ITV bosses were concerned the builder was “purposefully abusing” her.

She went on: “I was like, ‘What’s going on?’ and then they called me to go and they were like, ‘Are you okay? We saw that Nas put a pillow over your head. We just want to make sure that he didn’t do anything to try and purposefully abuse you or anything like that’.

“And I went, ‘No, no, it’s absolutely fine, we were joking around’ but I thought it was really good that they picked up on that and they were checking that I was okay.

“But I also thought it was crazy that they even spotted that because it was literally darkness,” she said, adding: “Anything as small as that they will pick you up on.”

Later on in the interview, the model explained how Islanders were also banned from talking about current affairs while they were in the villa, even down to what sort of music they like to listen to.

The former recruit consultant explained: “I was quite shocked like sometimes we would have a day off, but you had to have your microphones on all the time.

“So there was one time when me and Nas were just chilling and we don’t know the time there but I think we were talking for about two hours.

“And you know when you’re just talking about your life and stuff like that, well we started going into a bit more detail and then we got in trouble because we were talking about the outside world.”

For more of the latest showbiz and TV news from the Daily Star, make sure you sign up to one of our newsletters here .

The brunette belle added how they were made to stop talking after they discussed their feelings on the latest Stormzy album which had just dropped.

She continued: “So I was quite shocked at how strict it was that you’re not allowed to talk about the outside world and how you actually can’t get away from it because you have to have your mic on at all times.

“So it is almost as if someone is literally watching you at all times, it’s quite weird.”