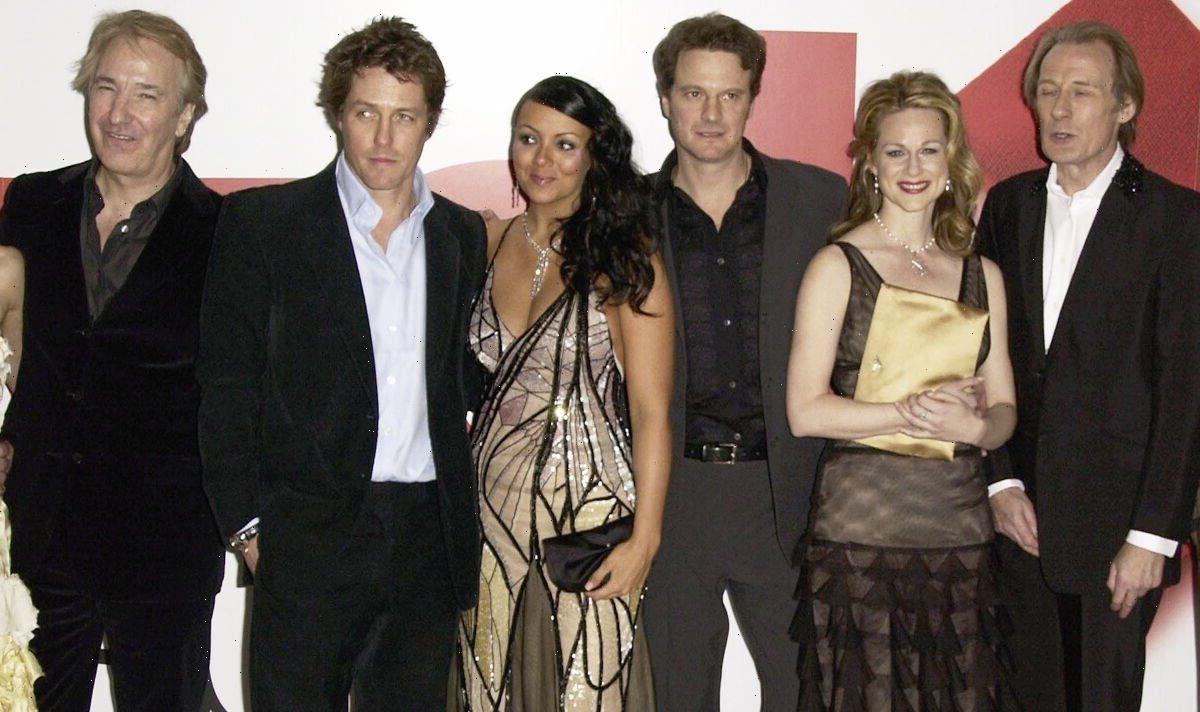 Still regarded as one of the world’s best-loved Christmas films, Love Actually fans are in for a treat two decades after the film hit the big screen. To mark the film’s 20th anniversary, leading stars Hugh Grant, Dame Emma Thompson, Bill Nighy, Laura Linney and Thomas Brodie-Sangster will join forces in a rare television special to be broadcast on the US network, ABC.

However, they won’t be alone as the film’s director and writer Richard Curtis will also make a special appearance.

As will Martine McCutcheon, who took on the role of lovable Natalie in the classic rom-com.

The stars of the film will sit down with ABC News anchor Diane Sawyer to recall their time on the film, reflect on its cultural impact and let fans in on some behind-the-scenes secrets.

ABC has released a short trailer of what fans can expect from Diane’s chats with Love Actually’s much-loved stars.

In the teaser, Diana asks Emma: “Do you remember when you saw it all the way through for the first time the first thing you thought?”

Emma replies: “I do. Hugh came up behind me as we were walking out and said, ‘Is that the most psychotic thing we’ve ever been in?”‘

The trailer then cuts to Hugh scratching his head rather sheepishly as he weighs in: “Did I say that?”

Hugh then admits he initially “hated” the idea of pulling off the Prime Minister’s iconic dance routine.

“I saw it in the script and I thought, ‘Well, I’ll hate this act’,” Hugh admits in the promo.

The Notting Hill star did reveal an interesting tidbit about the routine, however, telling Dianne: “I will give myself this credit.

“It was my idea to have that, the secretary lady, catch me,” Hugh said as he gestured the famous pointing motion.

As the trailer rolls on, director Richard shares his thoughts on the significance of the film’s theme.

“I do think that the way to think about life is that every day has the potential just to be gorgeous,” he explains.

There’s also a very special performance from Olivia Olson, one of the youngest members of the Love Actually cast.

Olivia took on the role of Joanna Anderson in the film and plucked on the heartstrings of fans with her incredible voice.

During the ABC special, it looks like Olivia will perform her iconic song from the film once more 20 years on.

Needless to say, Love Actually fans everywhere have made no secret of their joy at seeing the film’s stars back together.

Camille Chijate added: “I’m such a sucker for this movie. I will need to watch it and hope that they dive into the Aurelia / Uncle Jaime story line.”

“I cannot wait, actually,” Kimberly Ann said while @iamjustacutedog weighed in: “I watch it every year and look forward to this special.” (sic)

There is some disappointing news for fans in the UK though as there isn’t a release date for the special, at the time of writing.

But for fans in the USA, The Laughter & Secrets of Love Actually: 20 Years Later – A Diane Sawyer Special, will air on Tuesday, November 29 at 8/7c on ABC.