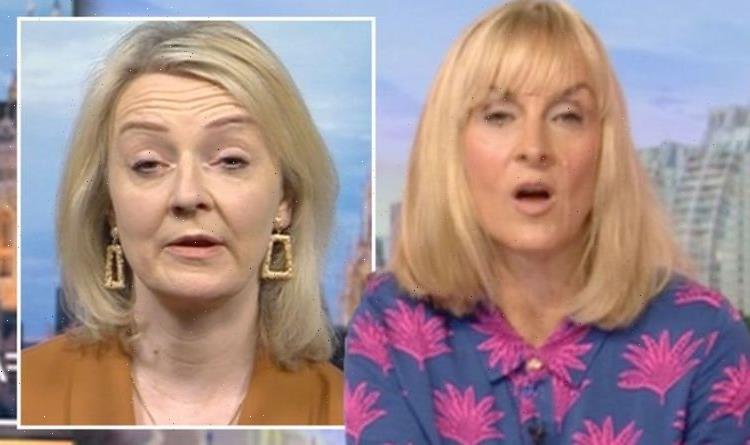 With the news that care home workers could face a mandatory vaccine as well as the UK’s new trade deal with Australia, BBC Breakfast host Louise Minchin had plenty to ask International Trade Secretary Liz Truss. However, it soon became clear just moments into the interview Ms Truss wasn’t going to be drawn into answering questions on the vaccine topic with a consultation period still underway. And as a result, many BBC viewers were quick to voice their frustrations, both with Minchin’s persistent line of questioning and Ms Truss’ refusal to delve into the details.

Kicking off the interview, Minchin asked the International Trade Secretary: “Is it right, do you think, to force people rather than encourage them to have the vaccine?”

Ms Truss replied: “Well, it’s clearly very important that we protect vulnerable people in our care homes, we’ve been looking as a government at what more we can do in terms of making sure staff are vaccinated.

“It’s obviously important that everybody gets vaccinated. It’s key to dealing with Covid but also enabling us to open up the economy.”

Bringing up the consultation period, Ms Truss went on: “We are currently consulting on the issue of care home staff and compulsory vaccination and we will be responding to that consultation very shortly, but I can’t pre-judge the outcome.” 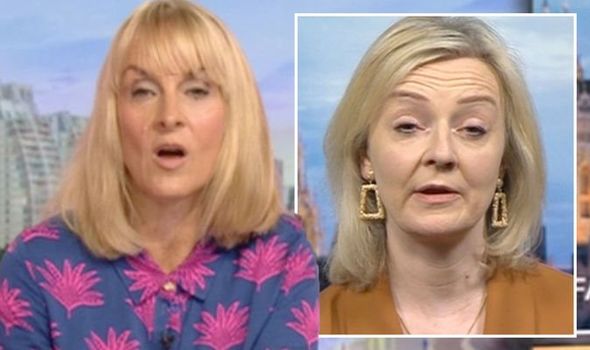 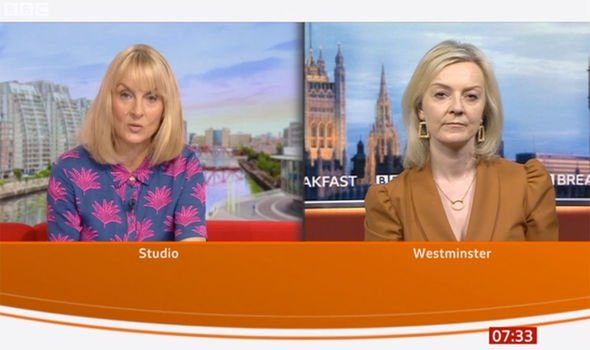 But despite Ms Truss stating answers would come after the consultation period, Minchin probed again: “You can give me your opinion and your thoughts on whether it is right to be forcing people in that setting, in care homes, to have their vaccine.”

Ms Truss reiterated: “This is something we’re looking at as a government but what is very clear is it is important care home staff have those vaccines.

“It’s important for their safety and also the safety of residents of care homes.”

Minchin tried once more to delve into the details of the vaccine plans, asking for a response to criticism that making them mandatory was a “blunt instrument”. 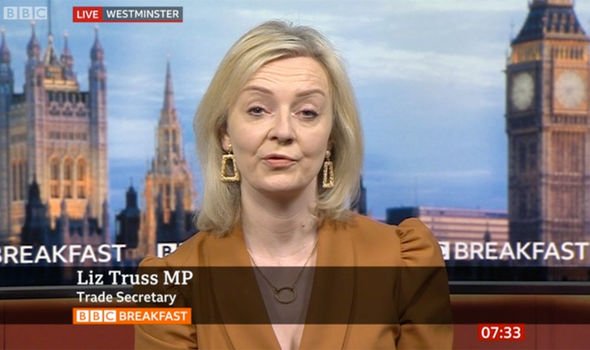 “This is the issue the consultation is looking at,” Ms Truss replied. “We need to make sure we get the balance right but I’m sure people appreciate that protecting lives is an absolute priority.”

Minchin then brought up that care home workers may lose their jobs if they weren’t to comply, to which Ms Truss again batted away the line of questioning: “I can’t comment on the consultation we’re yet to respond to but I can say it is very important those care home staff get vaccinated.”

The BBC Breakfast host then asked if the mandatory rollout will be used in other settings but again, was met with rejection.

“I can’t say any more about that, I’m not aware of that,” Ms Truss said. “But what I am aware of is that we will be responding to the issue of care home staff.”

DON’T MISS:
Sophie Wessex in tears as she remembers Prince Philip’s tribute photo
Steph McGovern speaks out on being judged for accent while at BBC
Antiques Roadshow guest lost for words over valuation of wooden chest

“Can you tell me when that’ll happen?” Minchin asked, prompting Ms Truss to bluntly reply: “I think it’s very imminent.”

A brief silence descended on the interview before Minchin chuckled and pushed forward: “This week? Next week? I would love to get an answer on at least that from you.”

But Ms Truss stood firm and refused to answer further before the conversation turned to the Australian and UK trade deal.

And it didn’t take long for fans to blast the “pointless” exchange between the two, with one saying on Twitter: “Liz Truss being so evasive I’d not blame Louise on #BBCBreakfast for calling the interview off early and cutting to a montage of viewers pet pictures. It’d be just as informative…”

A second agreed: “What is the point of @trussliz going on @BBCBreakfast when she can’t say anything or doesn’t know anything. She did however, tell with great smugness the details of the Australia trade deal that will see the great demise of the UK’s farmers.”

While a third took issue with Minchin’s persistent line of questioning: “@BBCBreakfast what’s the point @louiseminchin of asking questions that are not going to get an answer a complete waste of time @DefundBBC.”

“@BBCBreakfast why is @trussliz on bbc breakfast unable to answer questions – what a disgrace,” added a fourth, with a fifth echoing: “Can Liz Truss tell us anything? Or will she just continue to ignore the questions?#BBCBreakfast.”

A sixth vented their frustrations: “@BBCBreakfast seriously, these interviews are just not worth having if they can’t comment on anything!”