Today’s (October 19) Loose Women had a temporary title tweak after some viewers labelled the show “sexist”.

For a few moments only, it was known as Loose People.

When the panel were debating ‘man-size’ tissues on today’s episode, the group joked they should call themselves ‘Loose People’, but once this was done (with fresh graphics inserted) the studio audience’s reaction told them everything they needed to know.

As it turns out, the world of Twitter was massively against it too.

Needless to say, the idea was quickly scrapped. 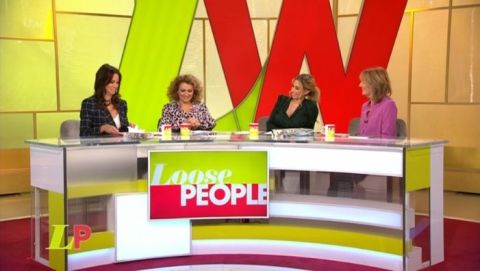 Elsewhere, following Kim Woodburn and Coleen Nolan’s infamous Loose Women showdown earlier this year, the former has reflected on how she regrets the way things have turned out.

Kim stated: “I was shocked as much as anybody else that it happened. I was told that it was a reconciliation on Coleen’s behalf. I don’t know if the producers didn’t tell her, or if they conned both of us to get us on. I don’t wish her any harm and I’m sorry she has no job on Loose Women.

“I can say hand on heart, I didn’t cause it and I hope, in time, she gets back on her feet.” 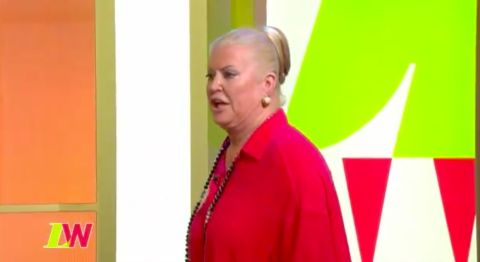 “I like to be nice, but don’t cross me,” she warned. “I’ll be as polite as anything to you, but you say something nasty to me and oh, I’ll be really nasty back. Don’t start on me for no reason or I’ll give it straight back to you!”