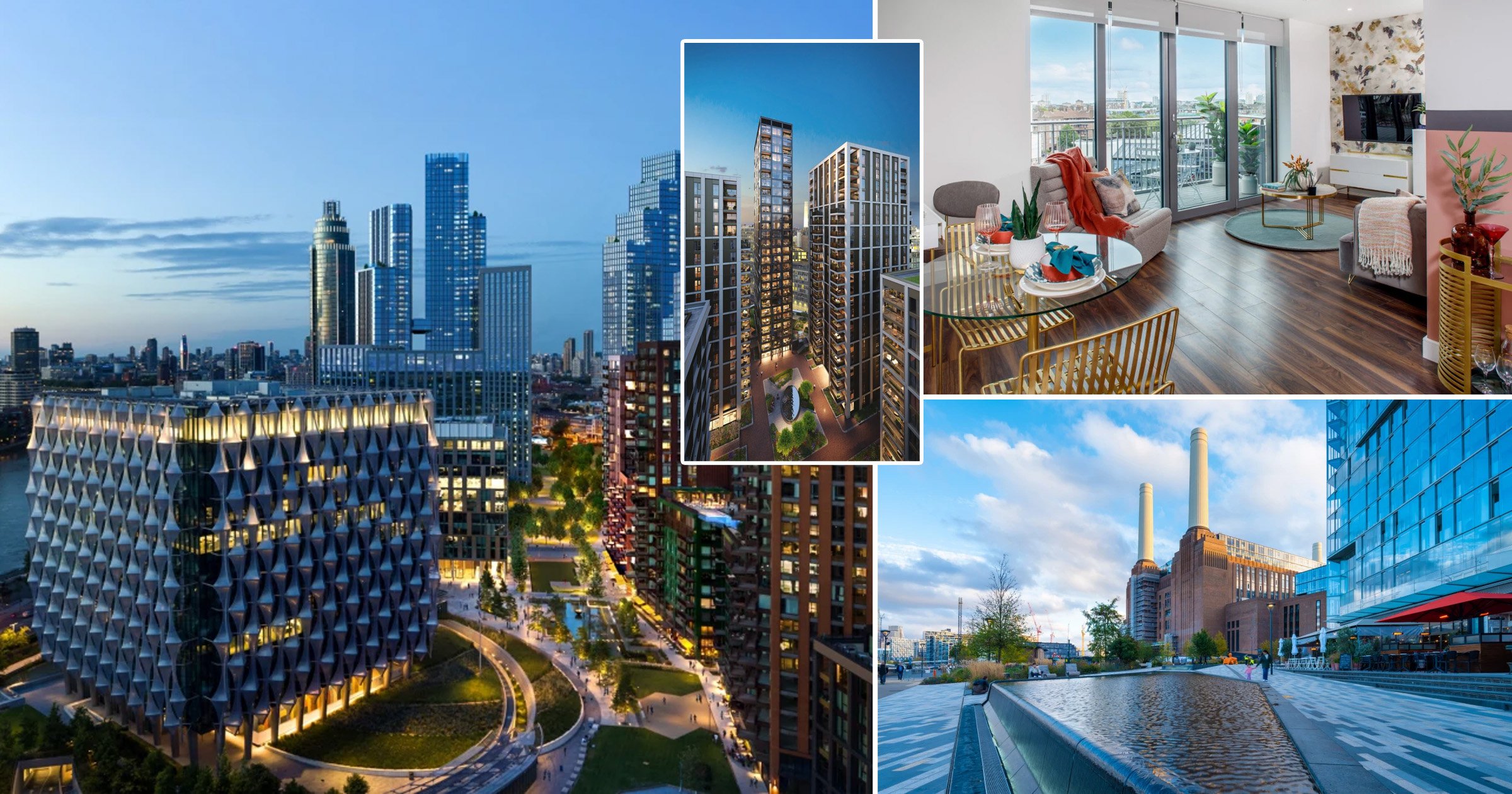 The opening of the Northern Line Extension (NLE), with new stations at Battersea Power Station and Nine Elms linking to the existing network at Kennington, has cemented the position of this rapidly changing area on London’s property (as well as its Tube) map.

Unlike the Elizabeth Line and despite the challenges thrown up by the pandemic, it started running on time and is a major milestone in the transformation of Battersea, Nine Elms and Vauxhall into a brand-new residential and business district bigger than Hyde Park.

Twenty thousand homes, plus offices, shops, restaurants, galleries, further cultural attractions and a linear park are being delivered in London’s largest regeneration project, on a previously neglected stretch of south bank of the Thames extending from Lambeth Bridge to Chelsea Bridge.

Now that it’s fully connected to the rest of the capital, the West End and City can be reached in less than 15 minutes by Tube.

These vastly improved commuting options have seen interest in new developments soar — Rightmove reports that searches for Nine Elms and Battersea Power Station were up 206% on the day the NLE opened, and were 87% higher across the first four days, compared to the previous week.

Property consultancy JLL has calculated that more than 5,000 homes have been completed in the neighbourhood since 2011 — and estimate that approximately 4,000 are currently under construction.

Although they were planned long before anyone had ever heard of coronavirus, the area ticks all the boxes for what buyers are looking for post-pandemic.

‘Nine Elms is an archetype of the ’15-minute city’ concept — where people can access all they need or want within a 15-minute walk or cycle. Increased footfall and much improved connectivity is set to create a pivotal change and acceleration in residential sales and a step-change for rental demand as the whole riverside area becomes a desirable London living destination.’

The consultancy forecasts that prices will rise by nearly 25% over the next five years, so it makes perfect sense to buy now to maximise future gains.

David Law, new homes south sales manager at Foxtons, points out that each of the new developments has a different attraction. ‘There are some which are priced more competitively but perhaps don’t have as many amenities,’ he says. ‘These tend to be popular with investors. They are doubly attractive because the service charge will be lower.

‘On the other hand, better equipped developments tend to attract more lifestyle choice and owner-occupiers.’

Battersea Power Station’s iconic silhouette makes it easy to pick out from the crowd. It is on track to become a 24/7 community which will include 4,239 homes, 1.25million sq ft of office space, 250-plus shops, restaurants and other food and drink outlets, a park and hotel.

The first phase, Circus West Village, is home to more than 1,500 people — among them Sting and his wife Trudie Styler — and the Power Station building welcomed its first residents early this year.

It is also set to house more than 100 shops and eateries, an events venue and Apple’s new London campus, and apartments start from £865,000.

Prince of Wales Drive, by St William, is five minutes’ walk from Battersea Power Station Tube and even closer to Battersea Park.

One, two, three and four-bed apartments in the latest phase, Upper Park Residences, are spread across three buildings and start at £785,000.

A range of one and two-bedroom shared ownership apartments is on offer at Latimer by Clarion Housing’s Windsor Apartments on the same site from £156,250 for a 25% share of £625,000.

The Courtyard Collection at the Modern is the last chapter in riverside neighbourhood Embassy Gardens, moments from the US Embassy which relocated from Mayfair in 2018.

Some 153 suites, one, two and three-bedroom apartments by the linear park are up for grabs, and residents receive membership of the exclusive Eg:le club.

This gives them access to the transparent Sky Pool, spanning two residential buildings 35 metres above the ground. Prices are from £645,000.

Two and three-bed apartments are for sale at Lexington Gardens, overlooking the embassy.

Thames City, which launched in July, will consist of 12 buildings containing more than 1,400 new homes, shops, restaurants and commercial premises.

At 53 storeys high, the first building, No 8, will be one of the city’s tallest towers and the second, 36-storey No 9, has just been unveiled.

Amenities include a spa wellness centre with treatment rooms, a swimming pool and separate kids’ pool, a gym, yoga and dance studios, a sky lounge, bar, cinema and 24-hour concierge, and the one to four-bedroom apartments start at £1.023m, via Jill.

New rental homes are coming, too. TfL has partnered with leading residential landlord Grainger plc to provide over 600 new high-quality studio, one, two and three-bed properties — of which 40% will be affordable housing — at two NLE sites.

Nearly 480 of these, along with commercial space, are being built above and around Nine Elms station, and a mixed-use development of 139 homes has been given the green light at Montford Place in Kennington, occupying a NLE worksite.

How to get your Metro newspaper fix

Metro newspaper is still available for you to pick up every weekday morning or you can download our app for all your favourite news, features, puzzles… and the exclusive evening edition!