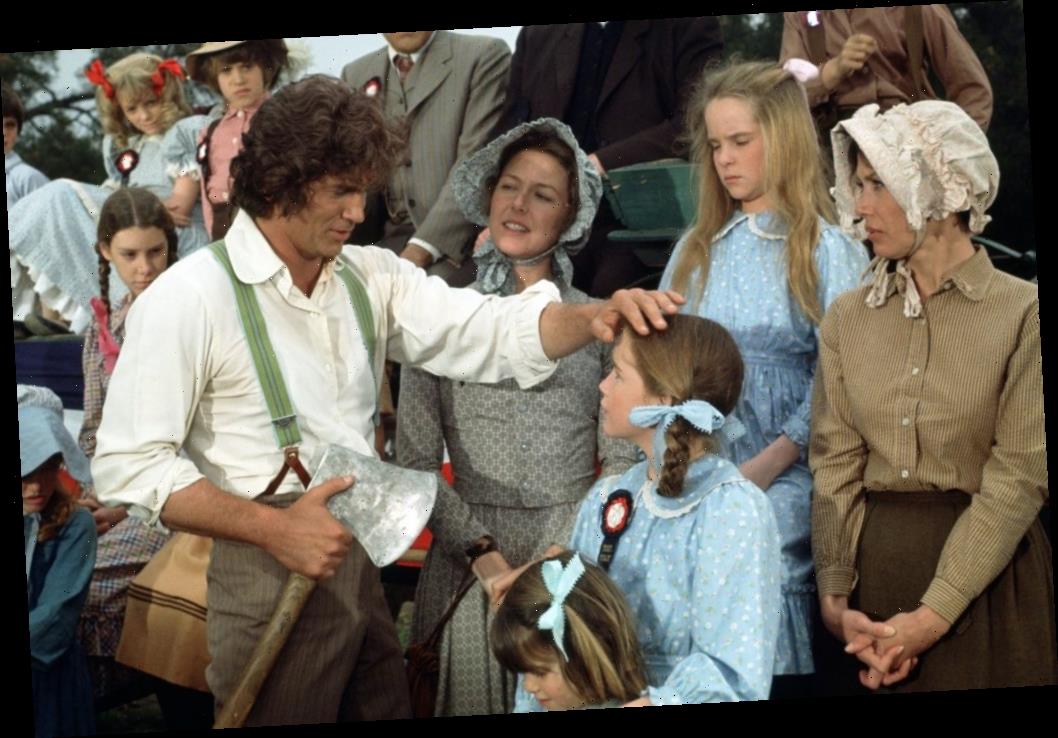 On the Little House on the Prairie series set in 1800s Minnesota, the rustic scenery was designed to reflect the show’s era.

Unfortunately, according to one actor, so were the provisions for the show’s stars. “Star treatment” during the show’s 1974 – 1982 run was nonexistent, not even for the show’s director and principal actor Michael Landon.

Dressing rooms were unheard of – except for two guest stars who appeared on the show – and only for specific reasons.

This show star said actors on set were given no perks

In her memoir Confessions of a Prairie B*tch, Nellie Olsen actor Alison Arngrim spoke on the lack of benefits to any of the Little House actors. The sets were bare bone and that’s how show star Landon liked it.

“With all of the gigantic Little House sets, the soundstage was not big enough to accommodate the dressing rooms,” she wrote.

Arngrim described the set dressing areas as “a series of small wooden structures. Mine contained a beat-up old motel couch, two end tables with a truly ugly lamp on one of them, a makeup table (more like a very small desk, really) and an old, rickety wooden chair.”

She added, “I couldn’t decide whether it resembled a small suite in a skid row hotel or a big bedroom in a mobile home.”

Either way, Arngrim admitted she loved returning to her makeshift dressing room at the end of a day of shooting because, at minimum, they really were comfortable.

A producer wanted the kids barefoot for more prairie ambiance

One of Little House‘s executive producers, Ed Friendly, butted heads at times with Landon as fellow producer Kent McCray recalled in a conversation with the Television Academy Foundation in 2017.

“[Ed Friendly and Michael Landon] were both executive producers. Ed Friendly had bought the show. He had paid for the pilot to be written,” McCray explained.

Early into the series’ first season, Friendly began pushing his vision for the show, McCray stated, that all the children on the series should “look dirty and run around barefoot.”

With the show filming in the heat of Simi Valley, Landon refused to have the child actors barefoot. He confronted NBC to choose between having him at the helm of Little House or Friendly. They chose Landon. Friendly was never allowed on the show’s set again.

Only these 2 guest stars got an upgrade in accommodations

Melissa Gilbert in her memoir Prairie Tale explained that on Landon’s set, “there was no special favoritism, no caste system.”

However, from time to time, the show welcomed special guest stars including Johnny Cash, Ernest Borgnine, Red Buttons, and Louis Gossett, Jr. For the most part, even the show’s guests were expected to tolerate the spartan arrangements, except for two, according to Gilbert.

“The only two people I remember getting their own trailer were Mariette Hartley and Patricia Neal. Mariette was breastfeeding a newborn, and Patricia was recovering from a stroke,” she wrote.

Neal, an Oscar winner for the 1963 film Hud, also was given “a teleprompter on the set for her dialogue.”