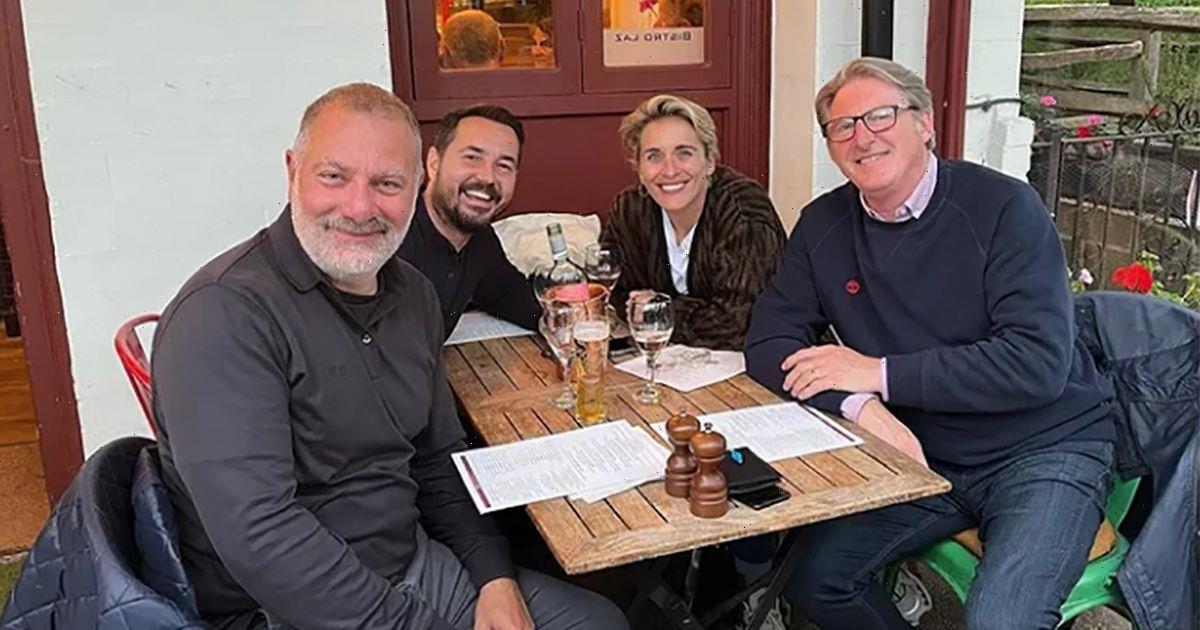 Martin Compston has sparked rumours that there could soon be a seventh series of Line of Duty.

The 38-year-old sent fans into meltdown as he shared a cryptic post to Instagram on Tuesday of himself with Adrian Dunbar, Vicky McClure and series writer Jed Mercurio.

Last year, the stars agreed to get AC-12 tattoos if the BBC show reached a milestone of 12million views.

Many of Martin's fans believe his post means a new series of Line of Duty could now be in the pipeline.

Another said: "Mother of God let's hope another series."

In a statement following the last instalment of Line of Duty, she said: "Addictive event television, Line of Duty has kept the nation guessing for the last seven weeks, so it's no surprise that last night's jaw dropping finale set a ratings record.

"Jed Mercurio is a master of his craft, and I would like to congratulate him and the entire cast and crew for delivering such an incredible drama series.

"I'm looking forward to having a conversation with the team about where we go next and what the future of the series might be."

The highly anticipated final episode of series six saw 15.24m viewers tune in to finally find out the identity of H.

It became the most watched episode of a drama in 20 years, according to BBC bosses.

However, some fans were left disappointed by the identity of H, who was revealed to be former Detective Superintendent Ian Buckells, and thought the finale was somewhat of an "anti-climax".

The BBC were then forced to release a statement in defence of the final episode.

They said: "We always aim to produce the most captivating drama possible for viewers to enjoy and we’re extremely proud of this series – for the recognition it received and for the support from viewers."

While we wait to find out more about the future of the show, all episodes of Line of Duty are available to stream on BBC iPlayer.