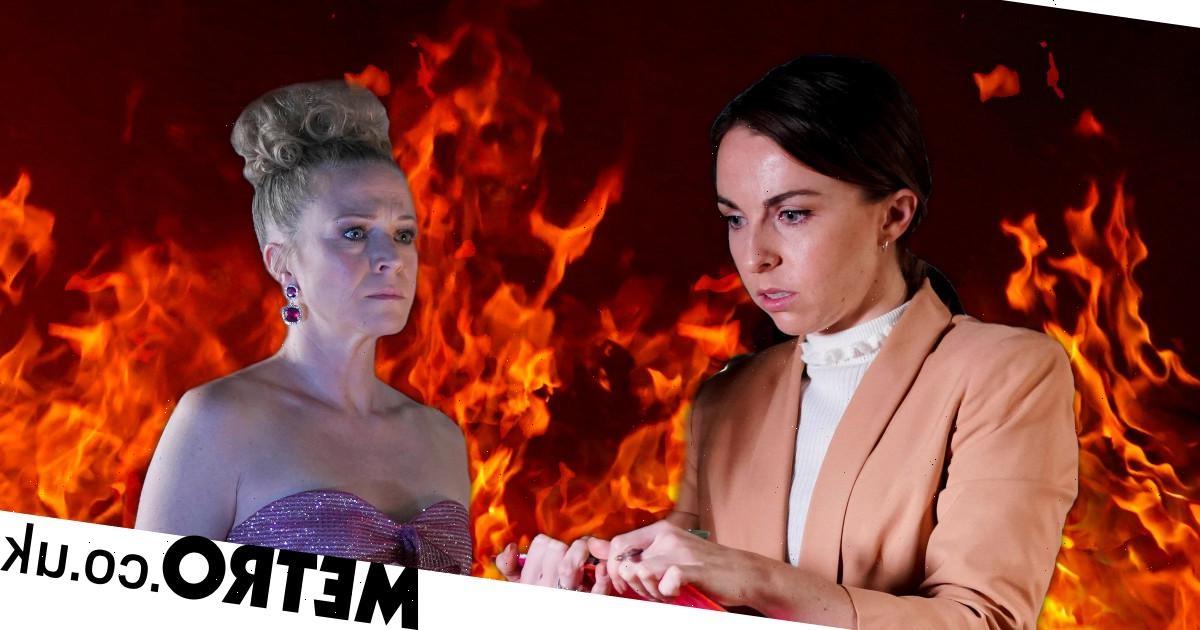 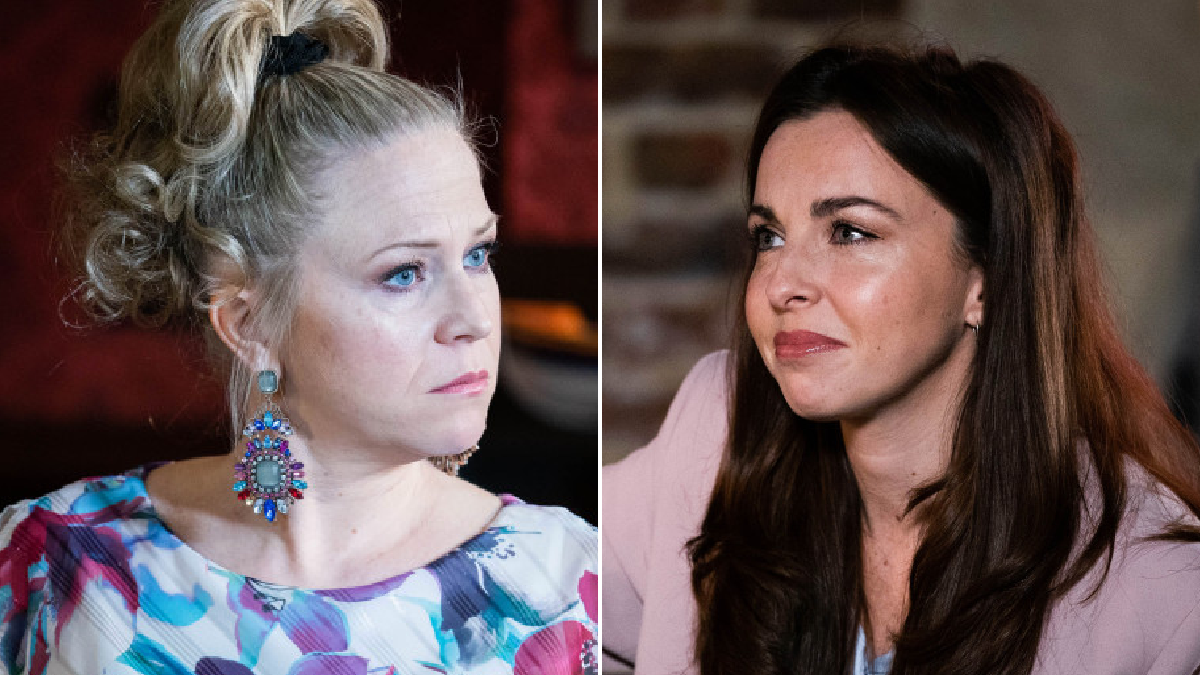 EastEnders has been home to a number of huge exits since returning to screens last year, and there are two more on the way, as Linda Carter and Ruby Allen are not long for the square.

Actresses Kellie Bright and Louisa Lytton, who are both pregnant, have reportedly wrapped up filming, meaning that it’s only a matter of weeks before their on-screen departures air.

Fans have been wondering what exit storylines bosses will bestow upon them, but given that both Linda and Ruby have recently found themselves in complicated situations, there is no shortage of possibilities on the table.

Mick has promised his beloved L that they will face this as a team. Linda, however, is still riddled with guilt over her infidelity.

What’s more, in spite of his commitment to his wife, Mick is struggling with the thought of raising another man’s baby, and thus one can’t help but wonder if it all implode, resulting in Linda making a swift exit.

The popular couple have also been incredibly worried about the possibility of Max returning in the wake of him kidnapping Abi, which is why they’ve kept quiet about the paternity of the child, having come to realise that they really don’t know what the former mainstay is capable of.

Could Max find out he’s got another baby on the way, forcing Linda to go on the run?

Or, alternatively, could Linda find out that stepdaughter Frankie Lewis (Rose Ayling-Ellis) nearly killed Nancy (Maddy Hill)? If so, perhaps the fact that Mick knew and kept shtum will be too much for her, thus pushing her to head to her mum’s.

Ruby, meanwhile, is caught in a complicated web of lies, having lied to the police, claiming that Stacey pushed her down the stairs and caused her miscarriage. The CCTV coincidentally backed up her claims, and therefore Stace was handed a prison sentence, leaving Jean (Gillian Wright) in bits.

The night-club owner has been unable to shake the guilt of what she’s done, and has forged a friendship with Jean in the aftermath, desperate to make up for her crimes.

But will the guilt become too much for Ruby, forcing her to leave Walford? Or will her crimes be exposed before her exit, resulting in her losing her nearest and dearest forever? If the latter proves to be the case, then she would have little reason to remain in the square.

Yes, in terms of Linda and Ruby’s current predicaments, there are plenty of scenarios that could result in them making a quick getaway, but it’s also worth noting that both Kellie and Louisa appear to have finished work around the same time, just as the BBC One soap is in the middle of filming a huge fire story.

This fire storyline, which will seemingly act as the show’s September launch, will also coincide with the highly-anticipated return of Janine Butcher (Charlie Brooks).

Speculation has been rife since news of the fire was reported, and fans have wondering if any Walford mainstays will perish in the blaze.

But with Ruby and Linda’s exit stories airing approximately in and around the same time, could one – or both – of them meet a fiery end?

We hope not! Both are wonderful characters, and Kellie and Louisa are nothing short of superb. Walford would never be the same without them.

EastEnders airs Mondays, Tuesdays, Thursdays and Fridays on BBC One, with all weekly instalments currently dropping on BBC iPlayer each and every Monday.