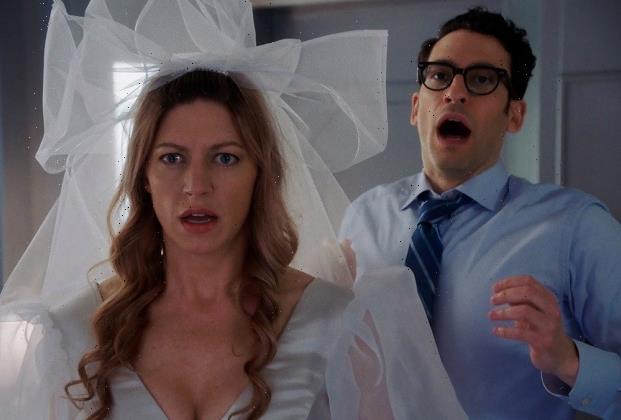 Every episode of Legends of Tomorrow is a crazy and creative ride that often leaves viewers wondering if someone behind the scenes partook in Behrad’s edibles. But for her directorial debut this Sunday (The CW, 8/7c), Jes Macallan was presented with a particularly out-there outing involving a cosmic bowling alley, a romantic camping trip gone wrong and an alien in a wedding dress.

“I got a wackadoo script, and I leaned into it,” Macallan tells TVLine. “I was like, ‘All right, if anybody can do this quirky, weird, what-the-hell-is going-on storyline, I can do it!’ and I feel like I accomplished it, with the help of our tremendous TV family.”

In one thread, Nate takes Zari 1.0 on a camping date, where they run into an obnoxious couple who puts a damper on their attempt to reconnect. “I love Zari 1.0, Tala [Ashe] loves Zari 1.0, the audience loves Zari 1.0. So I felt a pretty hefty weight to, if we’re going to bring her back, bring her back for a reason,” Macallan says. “I wanted the romance and the heartstrings to be tugged a bit with her and Nate. And it was also just such a sweet storyline. I call it my little Moonrise Kingdom, a little Wes Anderson quirky kind of storyline.”

Elsewhere, Constantine returns to the Waverider with a cloud of “darkness” hanging over him, courtesy of the new magical powers he obtained through questionable means. “I wanted that stuff to feel uneasy and the tension to be high anytime we were with Constantine, and to feel a little bit off,” Macallan describes, adding that she used dutch angles and low camera shots to give the feeling that “[Constantine] was growing into a power that maybe he wouldn’t be able to control.” 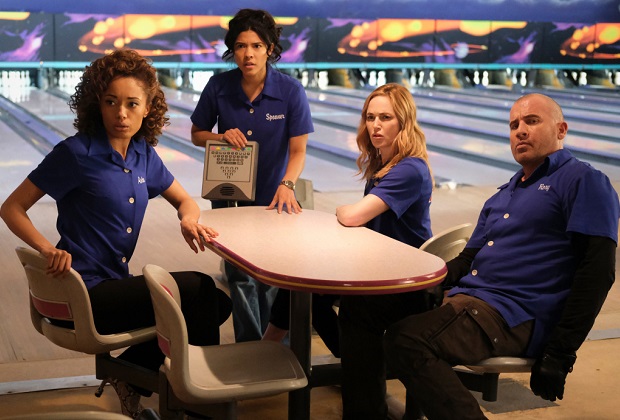 But the episode’s craziest storyline takes place in a cosmic bowling alley, where Sara, Mick, Astra and Spooner find themselves playing the most important game of their lives against a team of alien bowlers. “[It] was complete insanity. The writers said it was an homage to Big Lebowski, which is a huge weight on a director’s shoulder when you say something like that. That movie’s such a cult classic and one of my favorites, and I love the Coen brothers,” Macallan says. With a large, stark filming location, a lack of background extras because of COVID restrictions and just a few key “creepy characters” competing against the Legends, “it turned a little into The Shining.”

One of the Legends’ bowling foes is played by none other than Macallan’s significant other, Nic Bishop, who has already appeared as two other characters (General Kilgore and Levi Stapleton) this season. This time around, Bishop takes on the “over the top” persona of Mike the Strike. When auditioning actors for the role, “I had an idea in my head of who this guy was and the obnoxiousness of him, and making him obnoxious but still watchable,” Macallan shares. But while “some wonderful actors” read for the part, “the danger wasn’t there.” 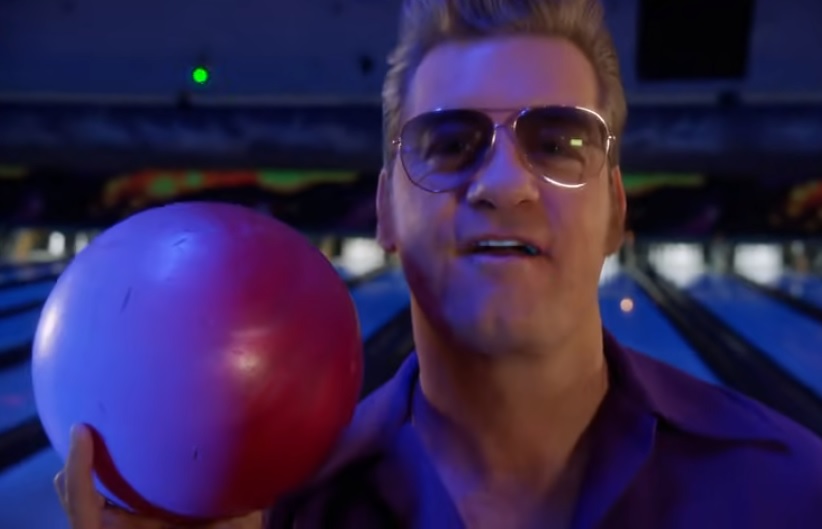 So Macallan looked closer to home and said to Bishop, “‘Please, honey, will you just put this on tape and play with this character for a minute and see if this is something that’s even in your wheelhouse,’ even though I knew it was because he’s my love and I know him so well,” Macallan recalls. “Then he did it, and it was just, ‘Ah, there he is! There’s Mike the Strike!” and he was so perfect and just leaned in so hard.” 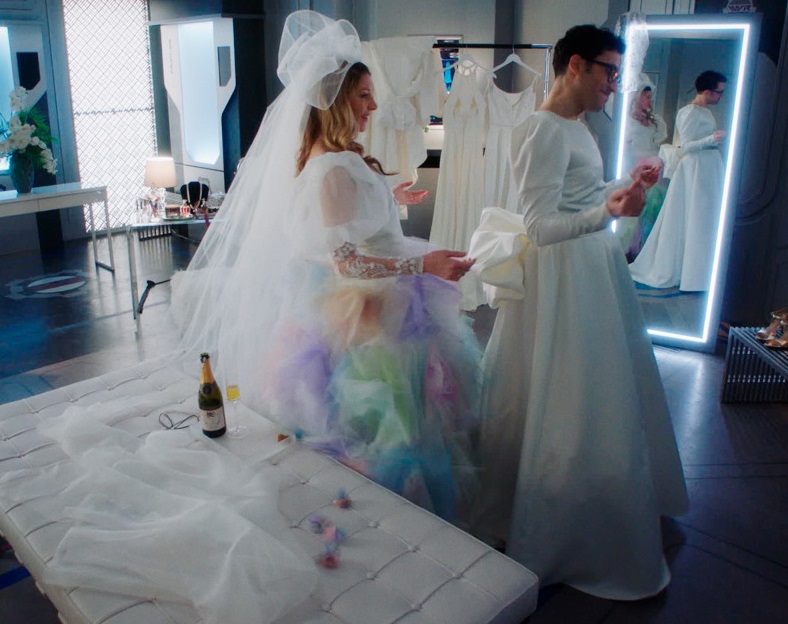 Meanwhile, Gary attempts to distract Ava from the truth of what’s going on with Sara & Co. by over-designing her bridal gown. That’s how on her first day of directing, Macallan found herself in “this ginormous, crazy wedding dress with birds in my veil, shooting this montage,” she describes. “I wanted it to be such a fun ’80s homage. Like the ’80s montage that we all know and love, but with good, old Gary. In the script, it says that he plays along and does a little dress up himself, and oh my God, we just leaned in with Adam [Tsekhman]. He’s such a tremendously talented human. Just turn the camera on, just start rolling, and magic will happen. We had a blast.”

In the end, Macallan was “so proud” of how her directorial debut turned out, especially since it fulfilled her lifelong dream of stepping behind the camera. “This is not a recent journey, desire, want or need,” she explains. “This has been embedded, deep and dark, and probably since I was, I don’t know, seven years old, making stop-motion Lego movies with my dad’s video camcorder. … When I joined Legends, the second I was a series regular and felt like I wasn’t going to offend people, I started kind of knocking on doors and saying, ‘Hey, I’m not kidding here. I really, really, really want to direct. What do I have to do? Who can I shadow? Where can I go? What can I learn?’”