The former Towie babe flaunted her peachy behind in her skintight attire as she headed to lunch. 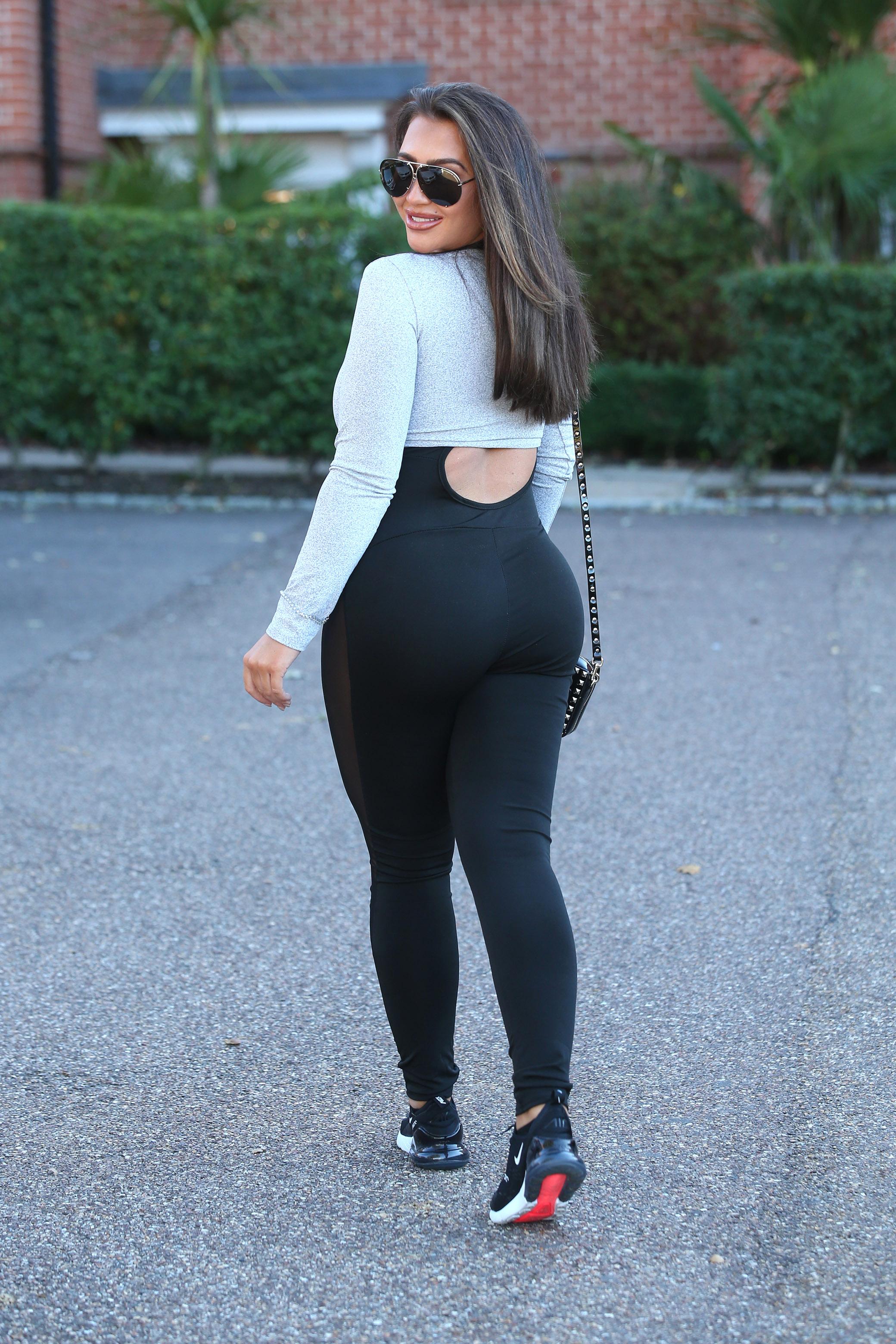 Lauren,32, showed that all her hard work in the gym had paid off in the figure-hugging get up.

The star made sure to flash a smile as she strutted her stuff on her way to lunch in Brentwood.

She wore a body-fitting black jumpsuit with sexy mesh panels.

And she added a balletic grey shrug to complete the sporty look. 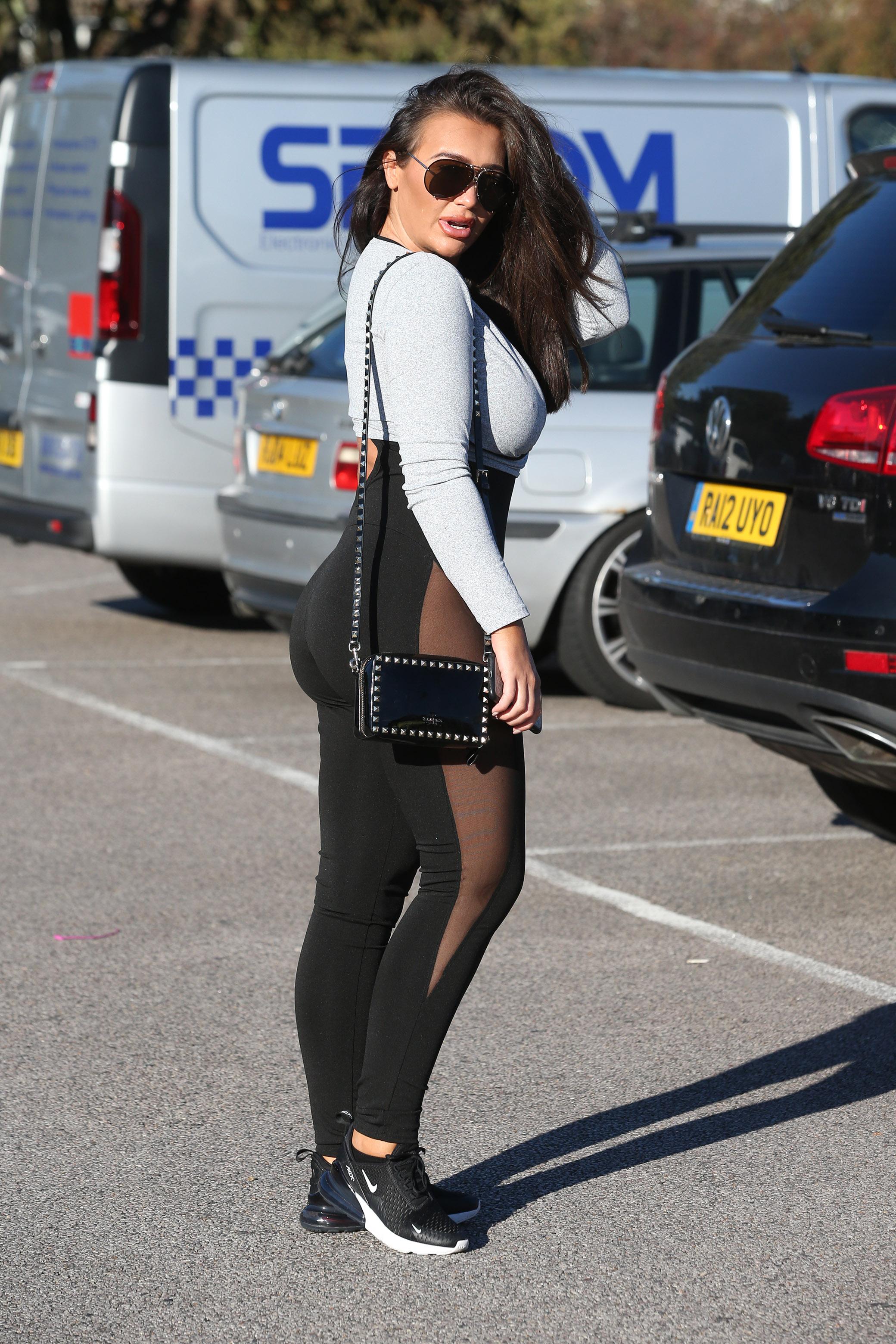 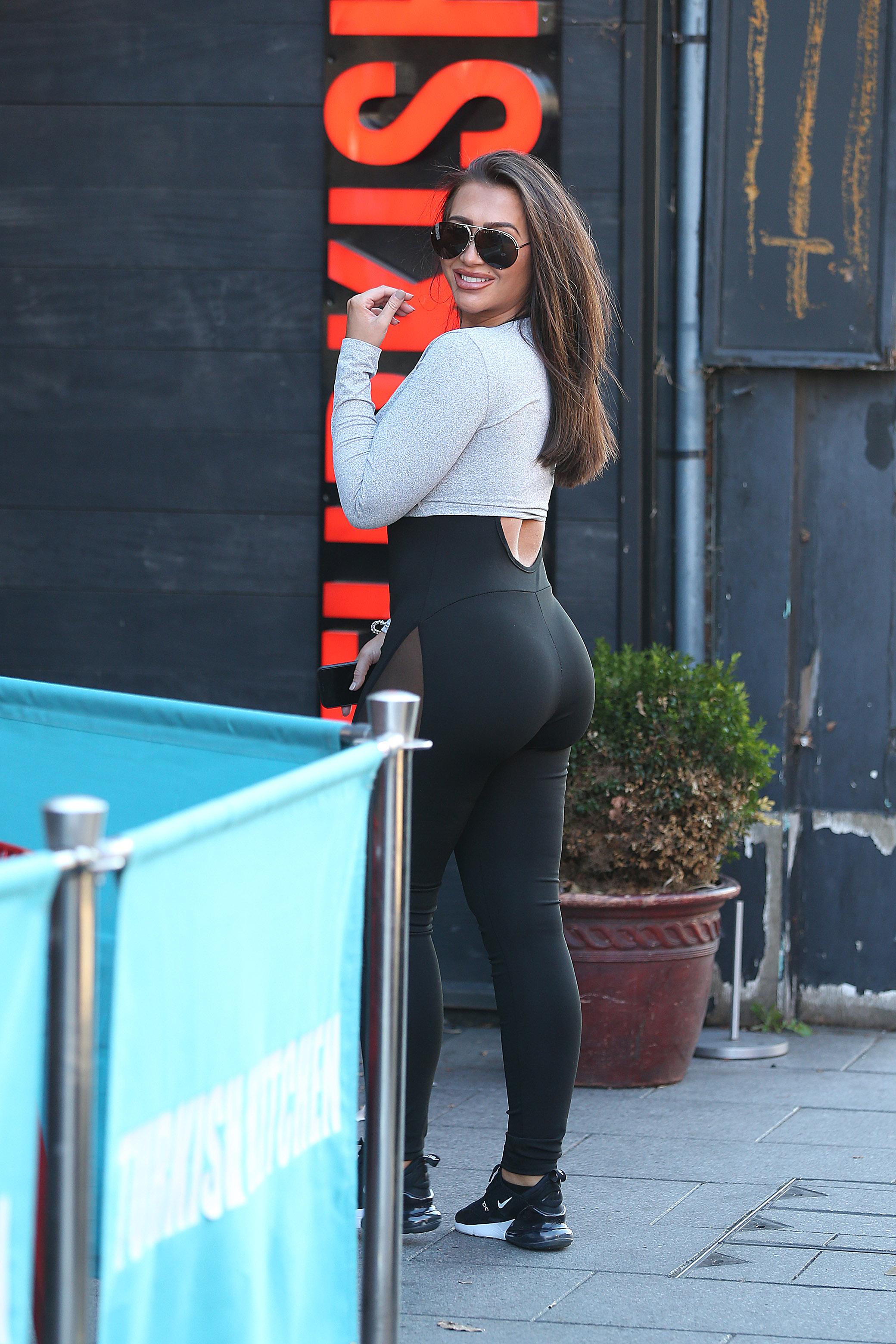 But ever the Essex girl, Lauren looked her usual glam self with perfectly-coiffed hair and a full face of make up.

The Essex girl has always insisted her derriere is all down to working out, not surgery as some fans have claimed.

Experts previously rounded on her, with one personal trainer insisting there was no chance Lauren could achieve the shape she had on her bottom without having surgery. 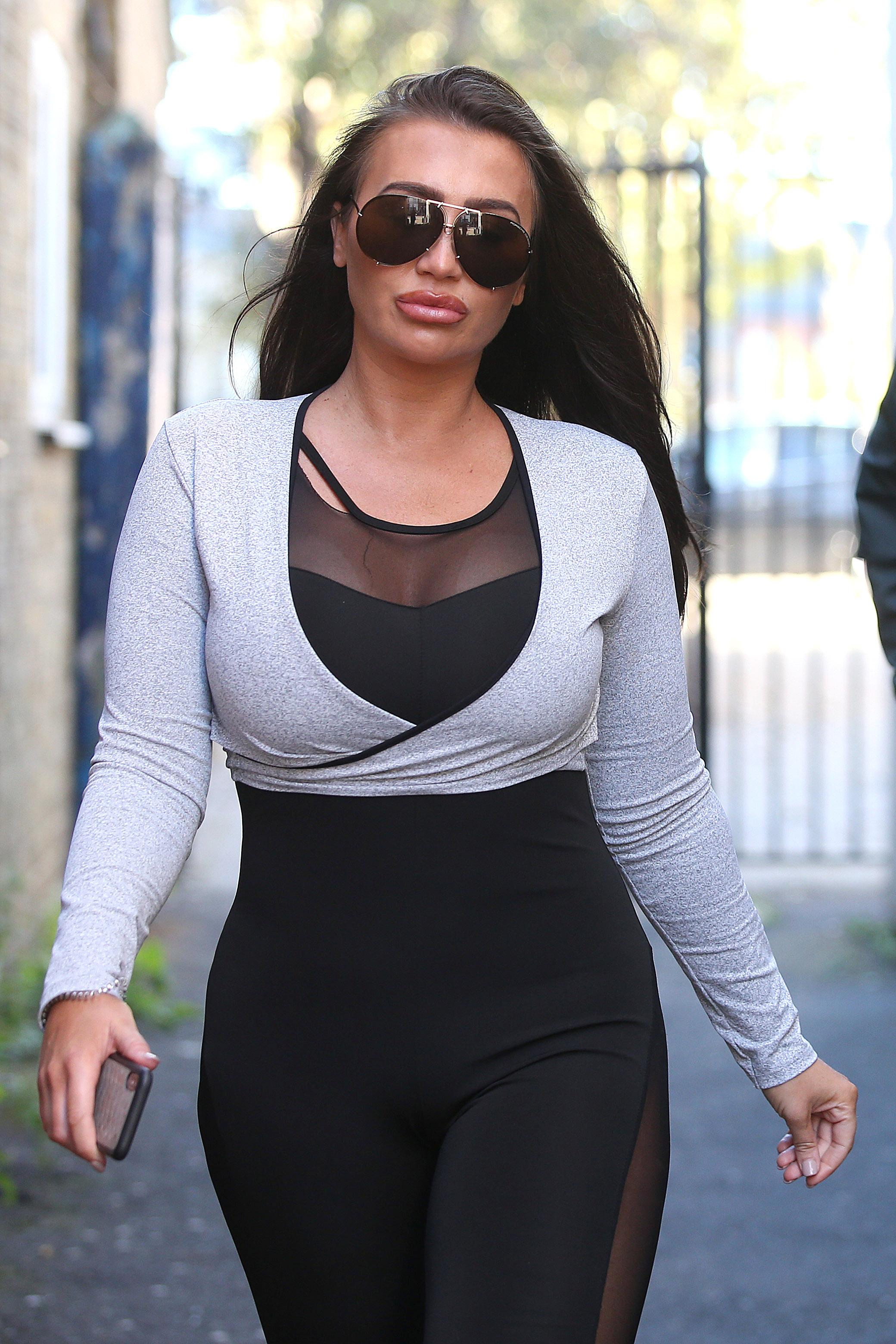 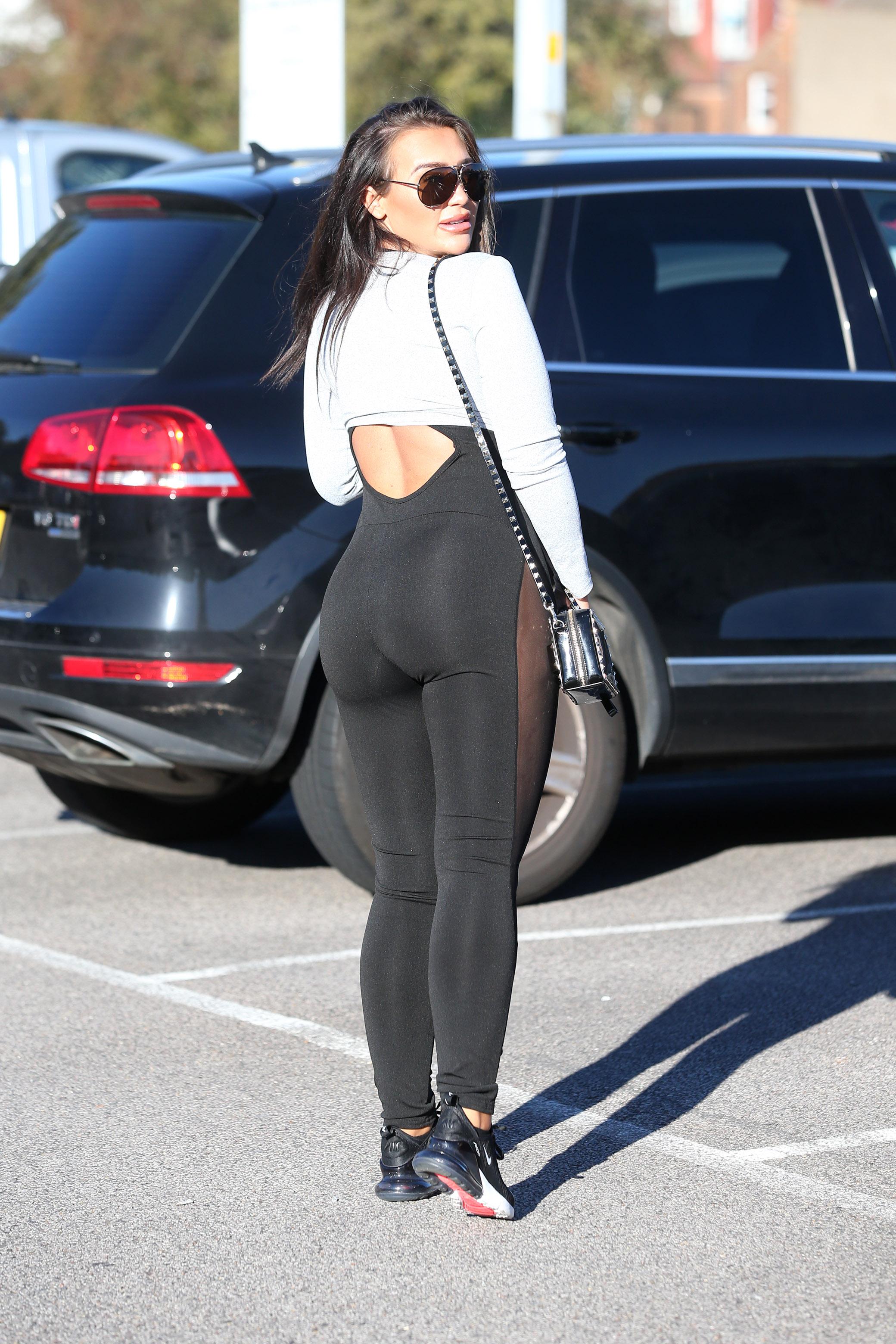 Lauren has shrugged it off and claimed the only price tag her booty came with was her well-used gym membership.

She said of her curvier shape: "I do squats but that only counts for about 20 per cent of what you see. The other eighty per cent is weight training." 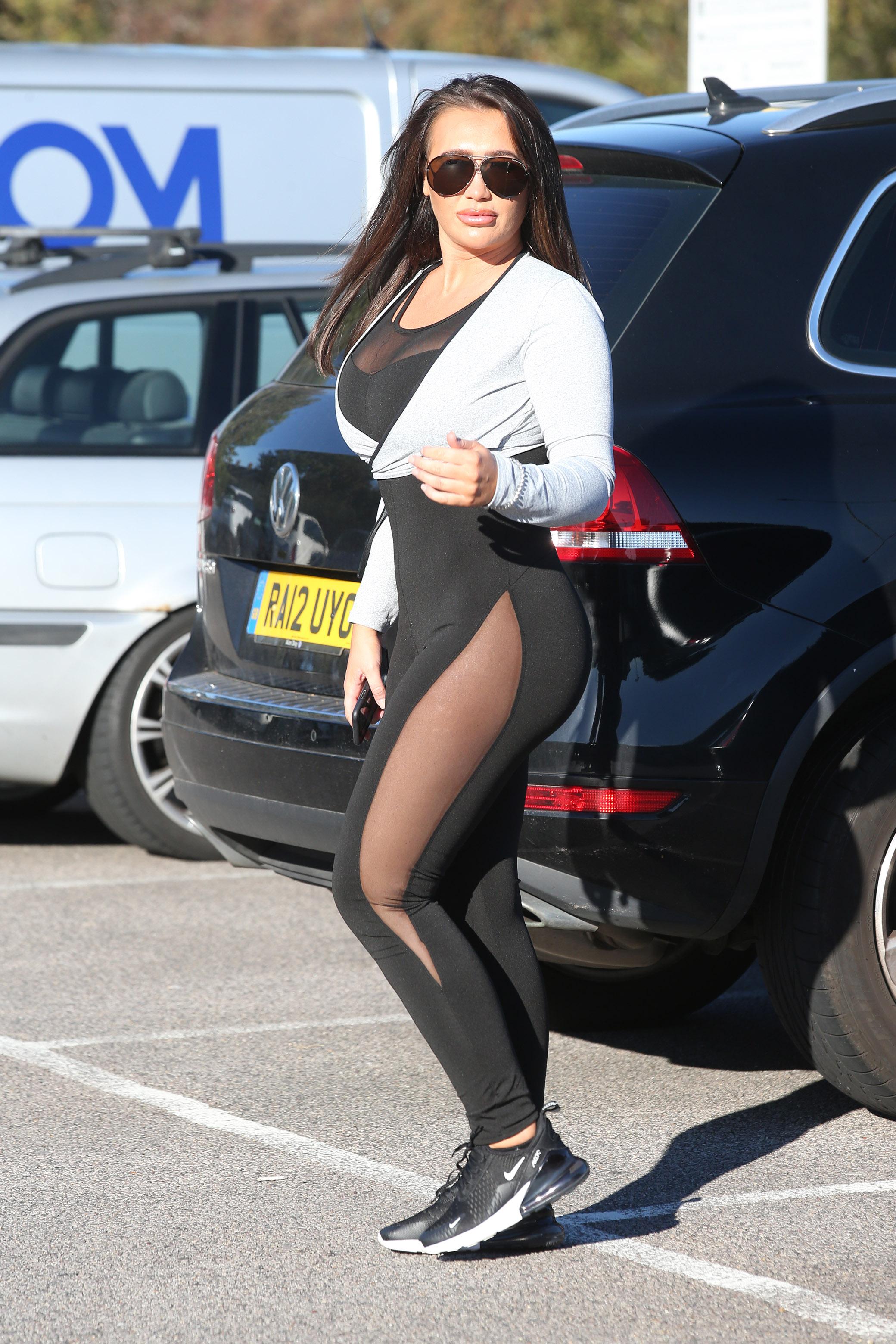 The former Towie star is a fan of taking belfies and revealed her amazing figure in skimpy underwear the week before.

Laura's jaunt comes after she finally admitted to having facial work done.

The Essex babe had shocked fans last month when she revealed a very different jawline.

Following the backlash, reality star Lauren decided to reveal the truth, admitting she was yearning for her “old face" before uploading a video of her having her jaw fillers dissolved.

Sharing a clip of herself in the doctors in Harley Street, she told fans: “I had a little bit of sculpting filler here in my jawline, which looks amazing at certain angles but it’s actually made my face bigger than what it is and given me a kind of manly look.

Just the week before Lauren laughed off reports that she had altered her face after sparking rumours she'd had further procedures due to her different shaped face.

She's been open about the procedures she's had done in the past since finding fame on Towie, including a breast job, rhinoplasty, liposuction and fillers.