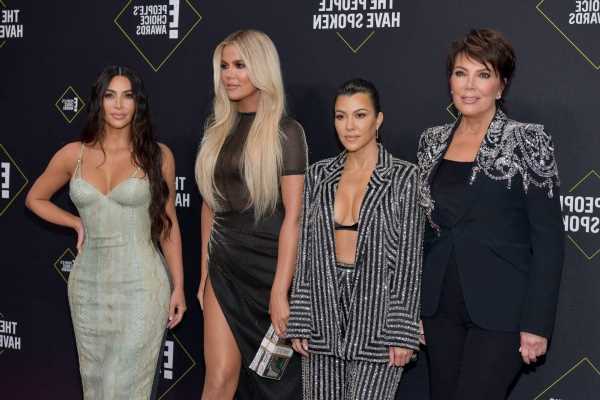 The Kardashian and Jenner family have become the face of reality television. Keeping Up with the Kardashians began premiering in 2007, and the show hasn’t stopped since.

Of course, as viewers know, the current season is unfortunately the last one. Fans and followers of Bravo’s hit-series have been feeling all the feels and have also been closely watching what will be the final episodes of the legendary show. With that being said, some people have noticed one incredibly strange tendency when it comes to the cast and eating. See what has been happening on Keeping Up with the Kardashians and what so many viewers are having trouble ignoring.

The 20th season of ‘Keeping Up with the Kardashians’

Viewers and fans of Keeping Up with the Kardashians have been diligently watching as the last and final season airs. Birthday extravaganzas and COVID-19 diagnosis are just a few of the many topics at the front-and-center of season 20. Of course, Kim Kardashian’s recent split from Kanye West is a hot-topic viewers have been hoping to learn more about as the Bravo reality television series prepares to officially wrap up.

As for KhloéKardashian, much of her screen-time has been dominated by her ever-changing relationship with Tristan Thompson. Though this season hasn’t necessarily been a fan-favorite, there is one particular thing that seems to be sticking out to a lot of viewers. Take a look back at some of the show’s most unforgettable moments and find out what fans are fixated on at the moment.

A look back at some of the wildest ‘KUWTK’ moments

In light of the epic reality television series coming to an end, Insider has recapped some of the craziest and most unforgettable moments to take place on Keeping Up with the Kardashians.

Nothing will ever quite compare to season one of Keeping Up with the Kardashians. That was the season Kim Kardashian lost her sister’s nude photos and Khloe Kardashian and her family befriended Shorty, a local homeless man. The third season marked the infamous time Kris Jenner accidentally drugged her son with Viagra. This was around the same period Kris Jenner ended up with Suzie, a pet monkey.

In 2011 Bravo aired “Trouble in Paradise” which included the legendary footage of Kim Kardashian losing her earring in the ocean. Over the show’s 20 seasons, many wild and strange things have happened, but, most recently, there seems to be a new peculiar matter at hands that fans and viewers have been discussing.

Fans and viewers of Keeping Up with the Kardashians can always count on Reddit for riveting and sometimes controversial discussions. This Reddit thread in particular highlighted some of the scenes that many viewers haven’t been able to stop thinking about. Weirdly enough, many fans and followers of the reality television series have become obsessed with the way the Kardashian and Jenner family has been eating. Fortunately, some of the fans were able to shed some much-needed light on the unusual situation, and, simply put, the cast doesn’t want to mess up their makeup.

One of the users in the thread wrote, “Omg you just made me realize they’re trying not to ruin their lipstick. Now I can’t Unsee it😂they grip onto their food with their teeth instead of their lips” In retrospect, it actually seems very on-point, but, without putting two and two together, it can definitely seem a bit bizarre.