It all started when the reality star re-posted a photo younger sister Kylie Jenner originally shared of seven month old Chicago and her cousin Stormi together. 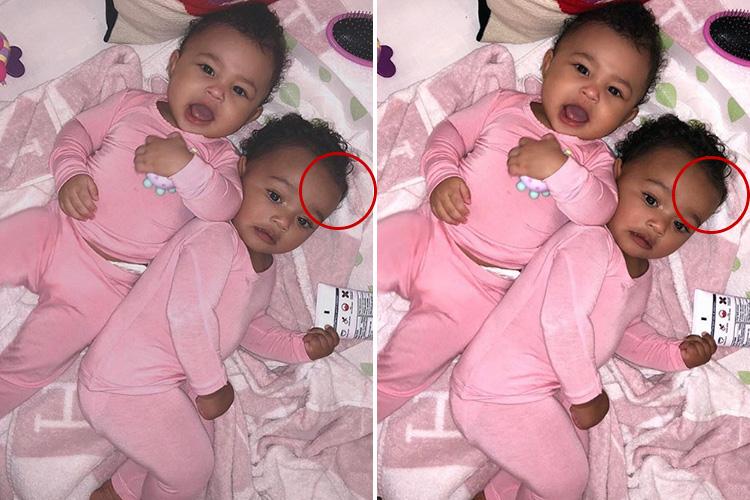 But it wasn’t until Instagram page Celeb Face – which calls out celebrities who Photoshop their pictures – posted the images side-by-side that fans began to question if Kim had touched up the photo when she shared it.

In the pic posted to the mum-of-three's account Chicago’s forehead appears to be ever so slightly smaller and the shape of her head is different.

Fans immediately commented on why she would photoshop her child's face with one saying: “I can’t believe you would Photoshop your own children lmfao."

This one said: “OH so you just gonna Photoshop your own babies head now. Real cool!!!!” While this fan commented: “You Photoshopped your kid’s head!!”

Kim welcomed third child Chicago in February via a surrogate. She and husband Kanye West are also parents to five-year-old daughter North and two-year-old son Saint.

While the mum Kim struck a fierce pout for the camera, fans were instead distracted by the baby in her arms, who appeared to be swearing at her. 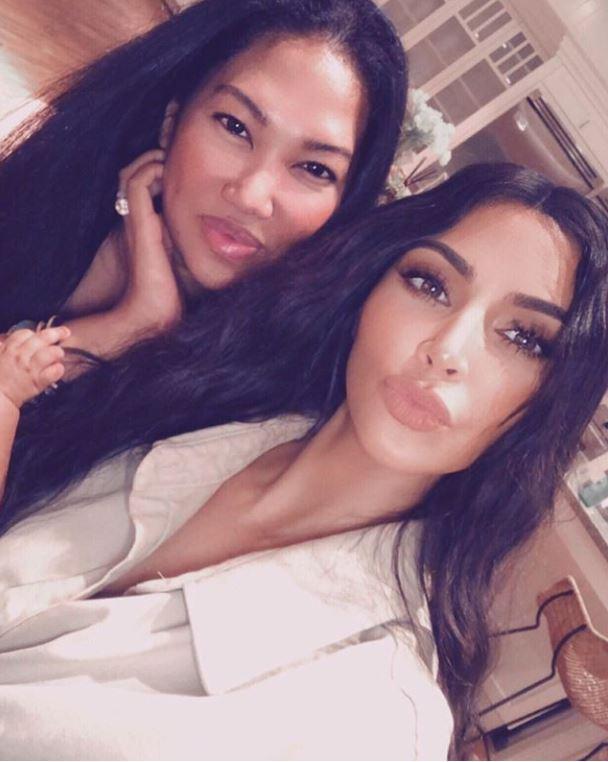 Kim looked her typically glamorous self in a casual shirt and bronzed make-up, as she posed beside pal Kimora Lee Simmons for the snap.

However, with Kim cradling Chicago in her arms, the baby's hand poked into the side of the selfie, and appeared to flip the bird at her mum.

Noticing the funny interruption herself, Kim added the caption: "Queen KLS @kimoraleesimmons (and Chi giving us the finger)" followed by a laughing emoji.

"Chi so shady already" and "Chy is the cutest baby ever for real."