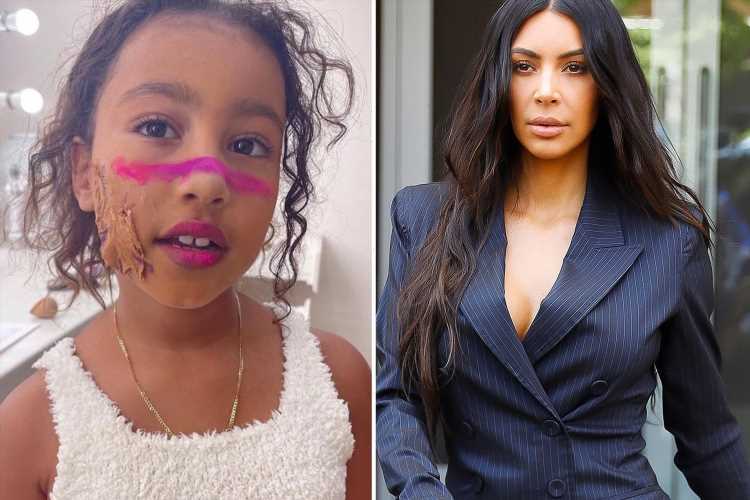 KIM Kardashian showed off yet another of North's creative talents as she displayed the seven-year-old "special effects" makeup skills.

The KUWTK star, 40, proudly displayed the youngster's "scar" on her cheek made using tissues and foundation – although cruel trolls said it looked more like "peanut butter". 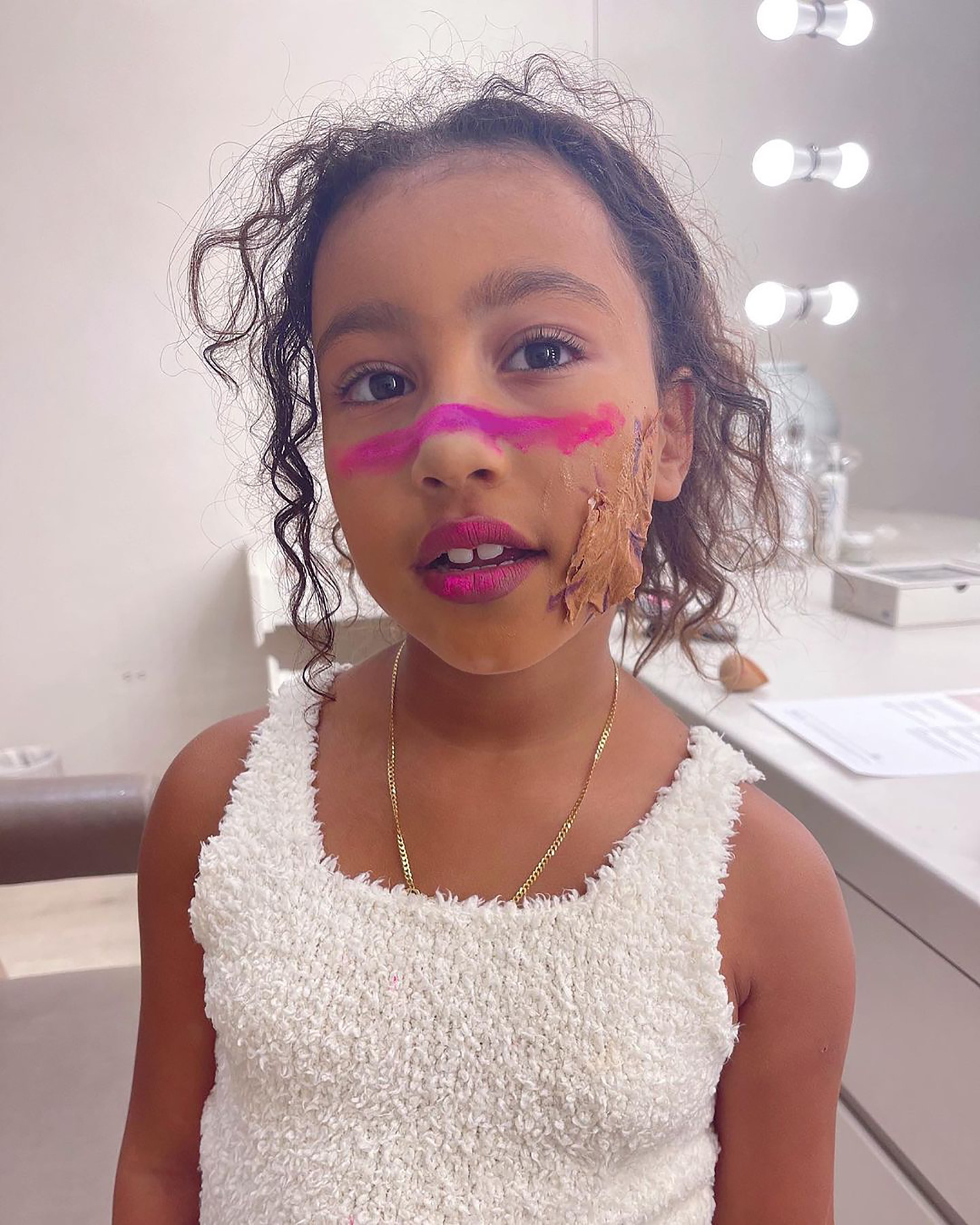 Kim posted a close-up of North's face after she created a pink "scar" across her nose and cheeks and bunched up mangled tissues on her cheek to resemble a wound.

She wrote: "My creative baby! North was testing out some make up looks she thinks I should do for some shoots.

"She also was testing out special effects make up tricks and used tissue on her cheek and covered it in foundation to look like a scar.

"I love seeing the looks she creates!" 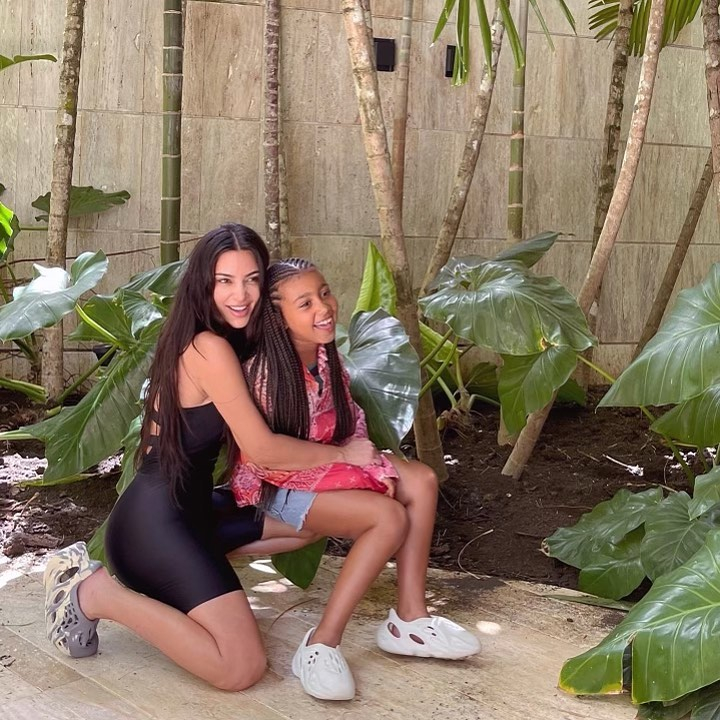 While Kim – who is in the midst of a nasty divorce with Kanye West – was clearly impressed with their eldest child's abilities, some of her followers were quick to criticize the look.

"Literally thought there was peanut butter on her cheek for a sec," one cruel critic wrote.

"Looks like peanut butter in her cheek, but anyways," another added, while a third posted: "When you're a star kid, anything you do became creative."

North is known for her creative flair, having previously created an incredible Bob Ross-style landscape painting. 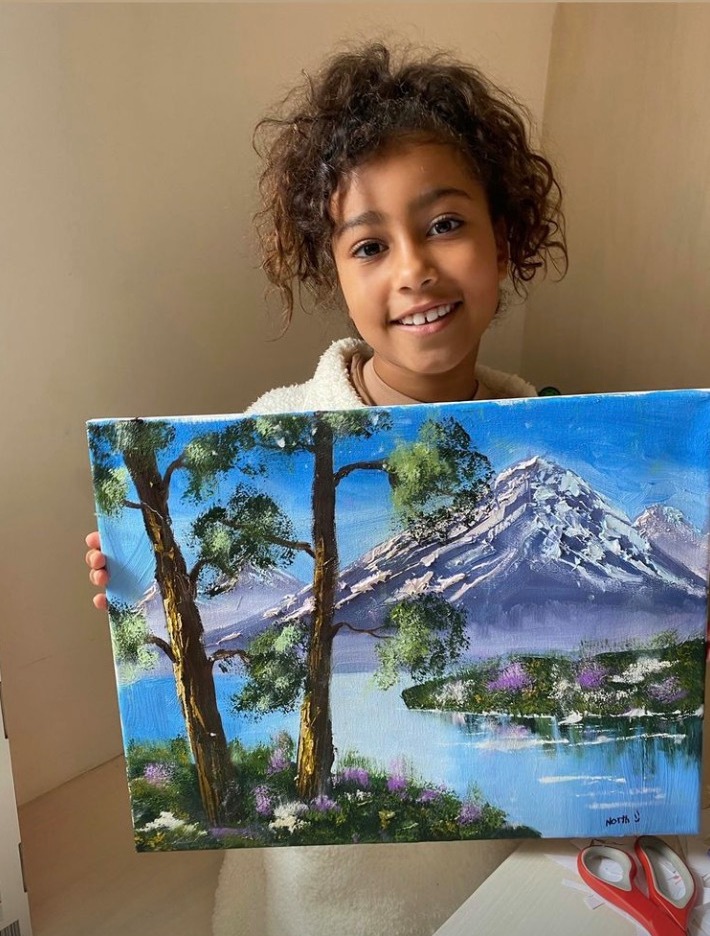 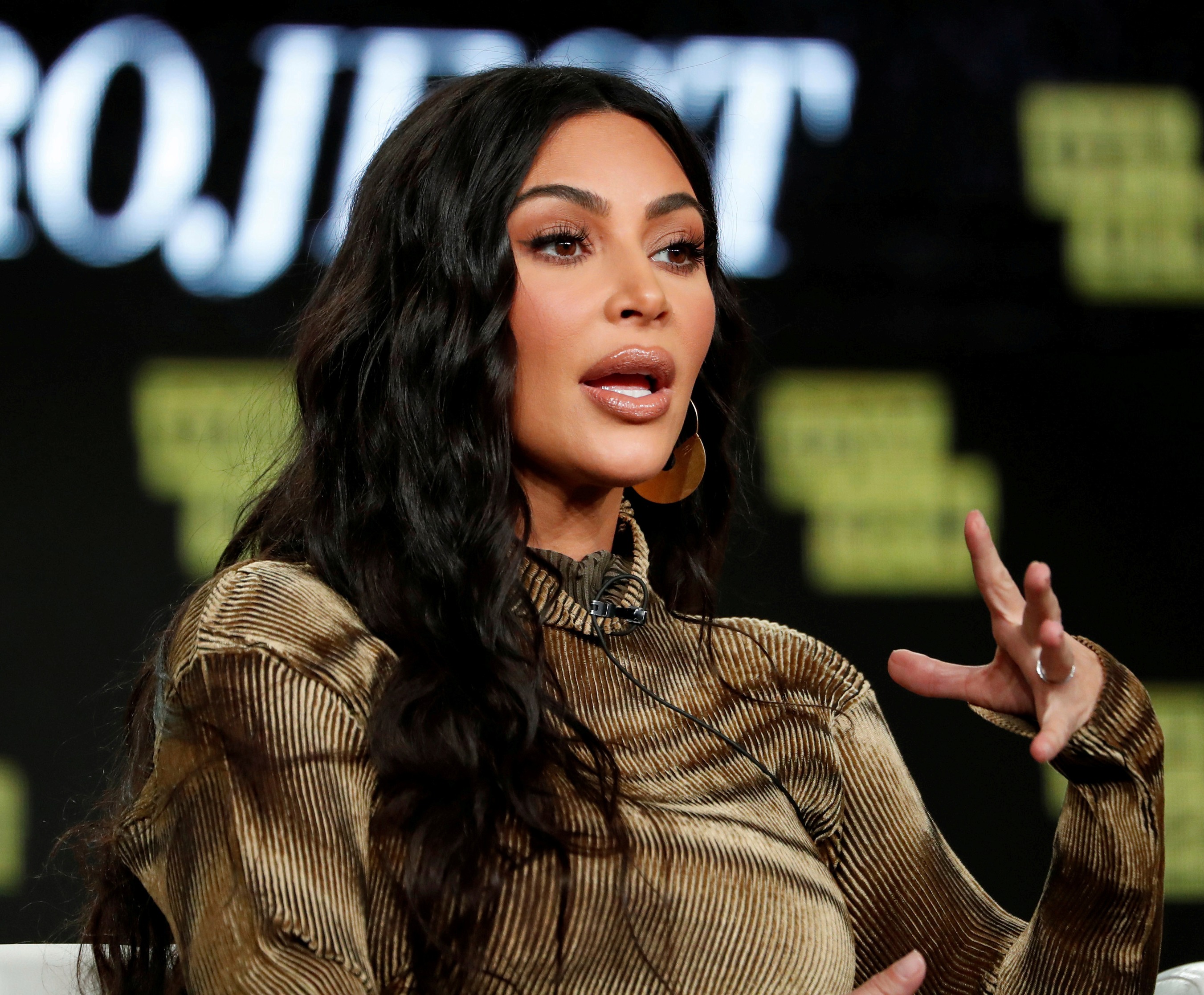 The youngster depicted a lake, snowy mountains and trees in the oil piece, which she made in February after taking an art class for several weeks.

Kim lashed out earlier this month at skeptics who claimed it was unlikely that North had painted the stunning mountain landscape on her own.

She raged: "Don't play with me when it comes to my children! 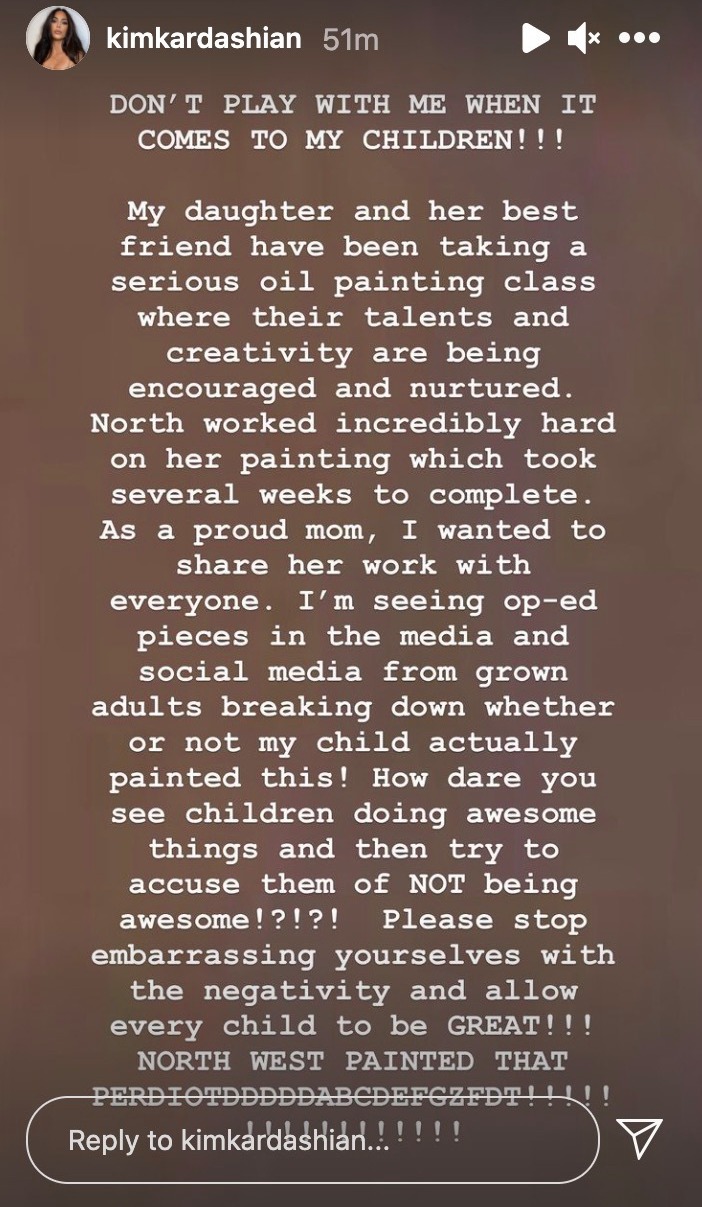 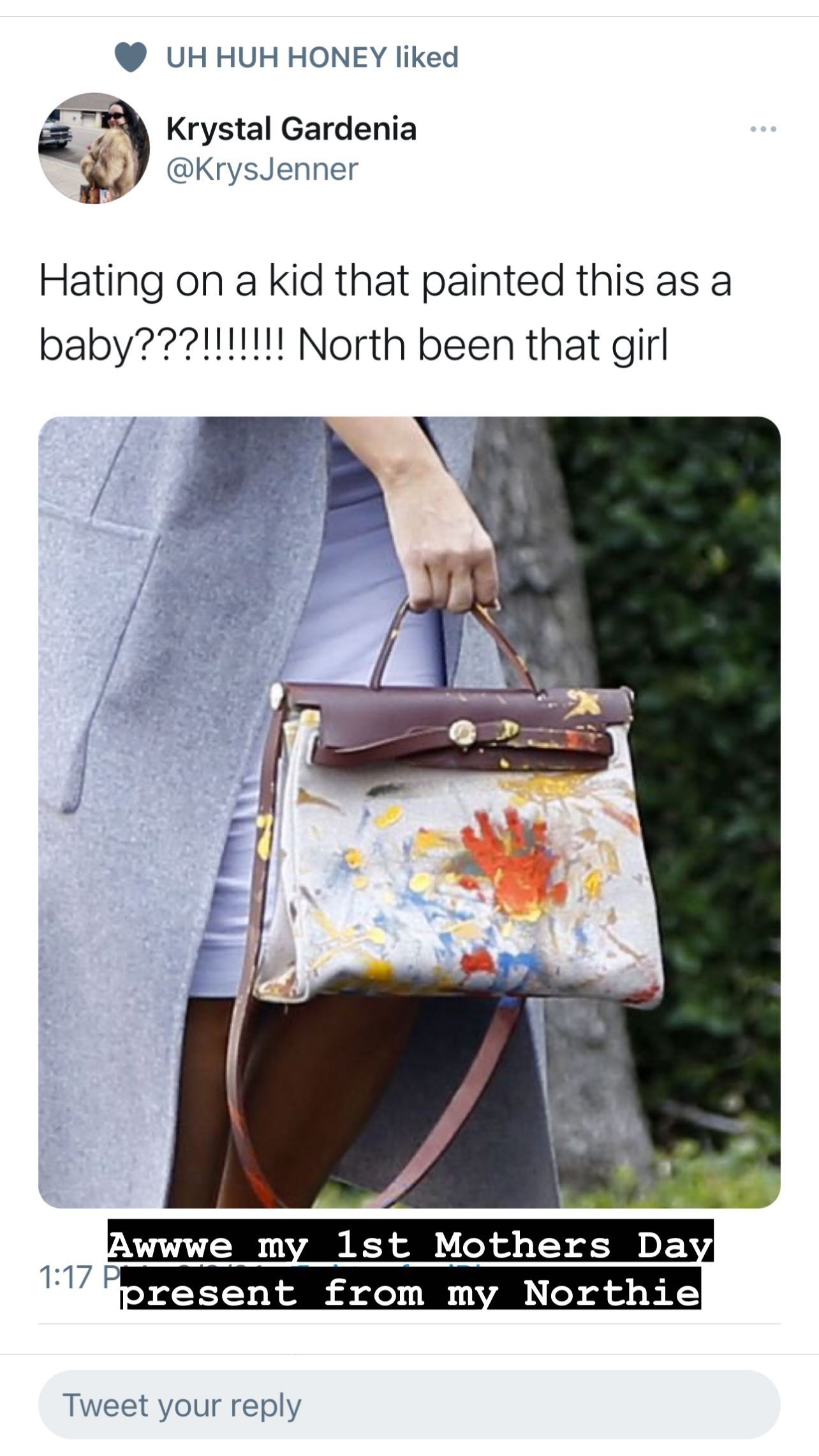 "How dare you see children doing awesome things and then try to accuse them of NOT being awesome!?

"Please stop embarrassing yourselves with the negativity and allow every child to be great! NORTH WEST PAINTED THAT PERIOD!"

The KKW Beauty founder – who was declared a billionaire earlier this month – has been extra focused on her kids after filing for divorce from Kanye.

She is asking for joint legal and physical custody of the couple's four kids, TMZ previously reported. 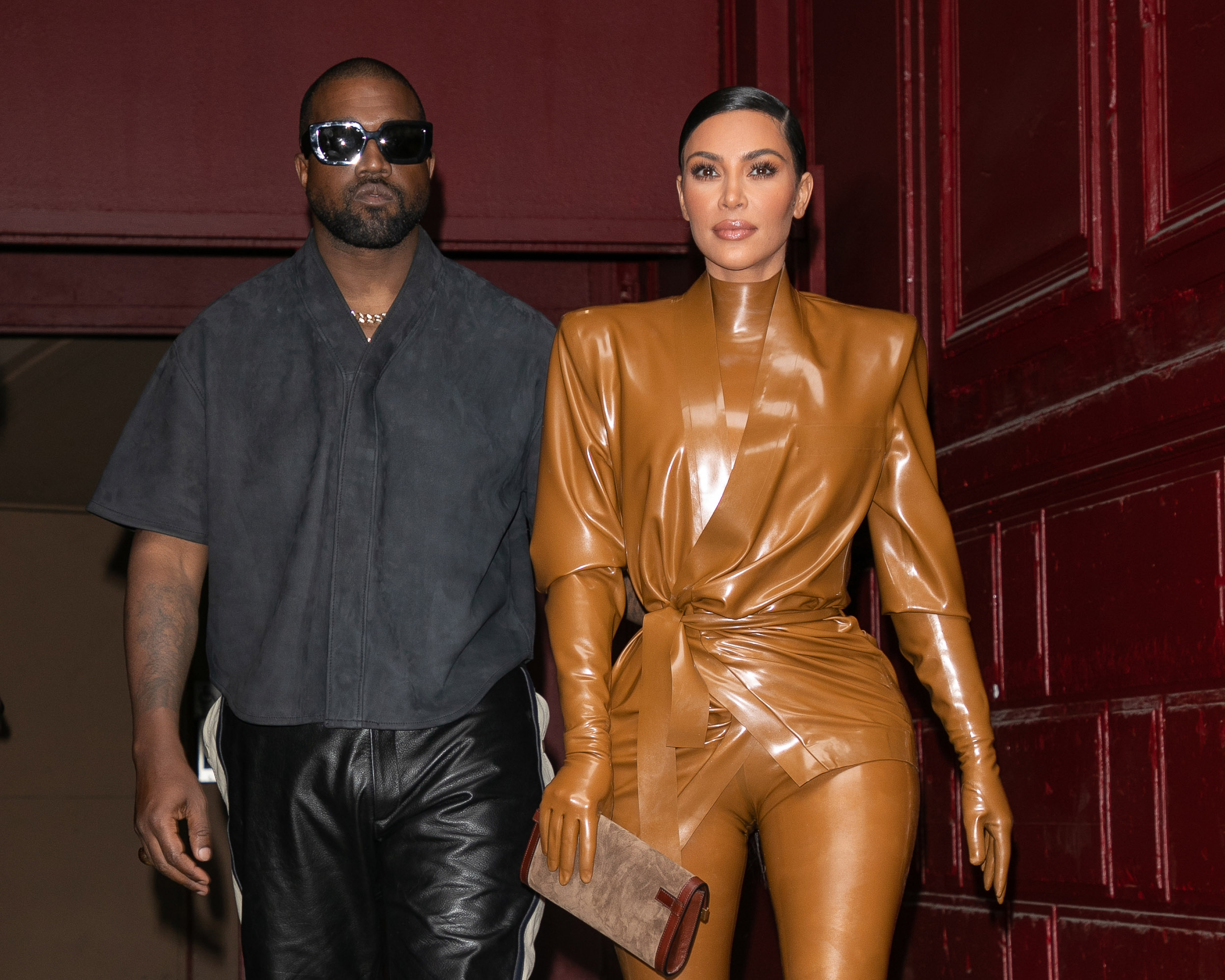 During their relationship, the famous couple welcomed four kids: daughters North, Chicago, three, and sons Saint five, and Psalm, one.

Sources exclusively told The Sun that their divorce has been "all amicable" as they prepare to divide their $2 billion fortune.

However, if Kanye makes any public attacks on Kim or her family, the proceedings could soon get ugly. 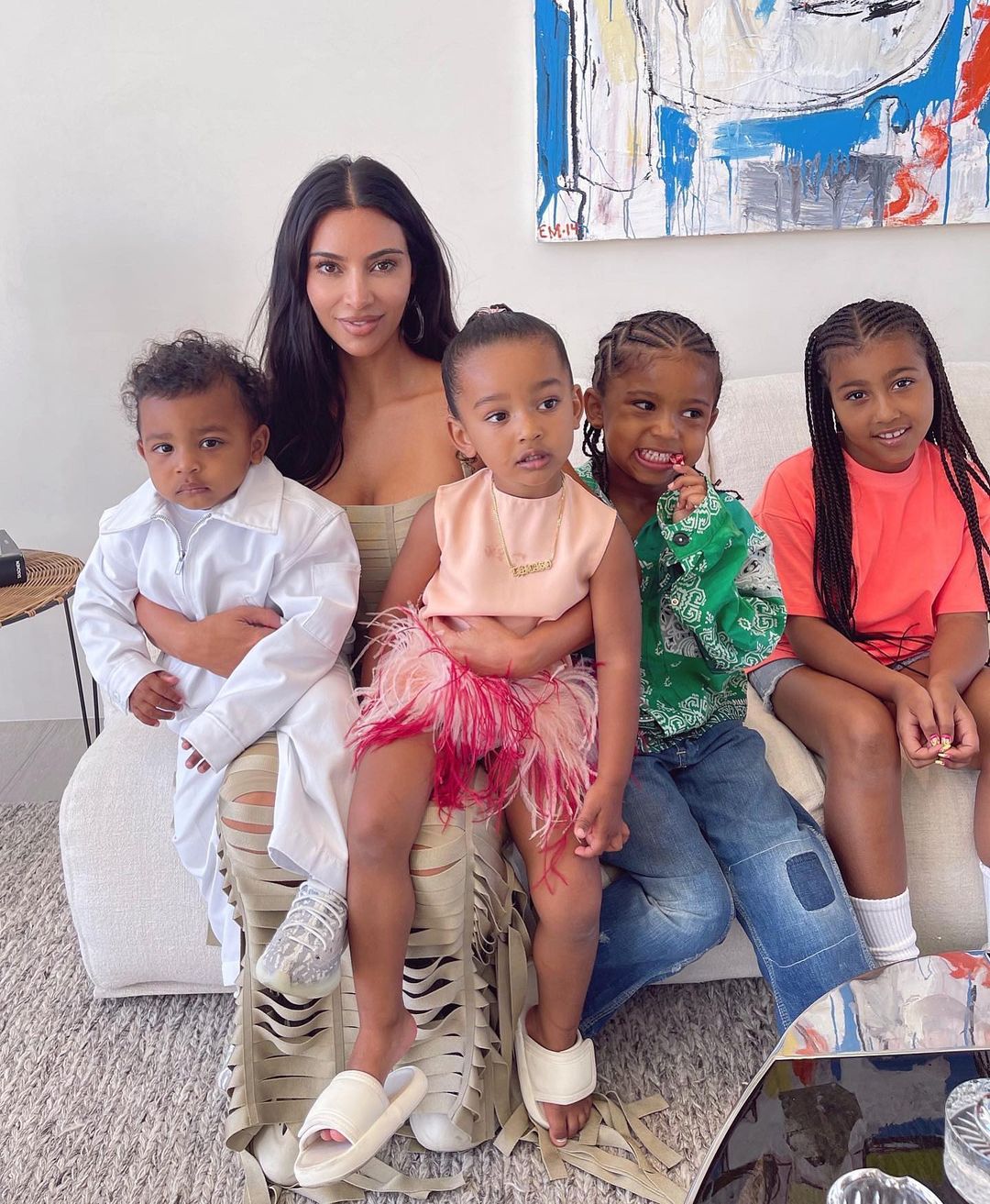 An insider told The Sun: “Kim is in the driving seat. If Kanye makes things difficult by badmouthing her or acting out, she’ll go for more money and full custody of their brood.

“Mud-slinging in public won’t work for their family in the long term. They want to split their wealth evenly and keep their kids in the luxurious lifestyle they are accustomed to.”

The rapper is the richer of the pair, worth $1.3billion according to business mag Forbes.