Drama was about to begin production in UK 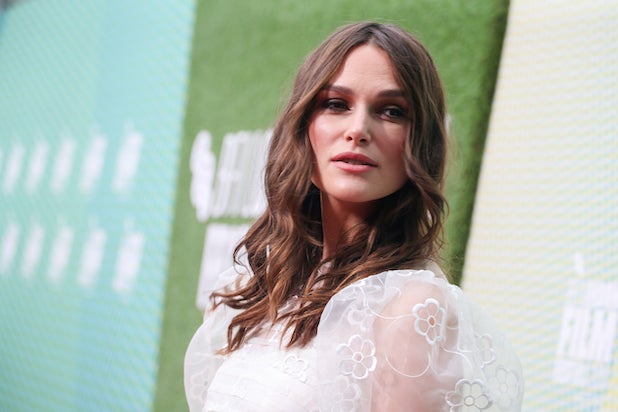 Keira Knightley has pulled out of Apple TV+ series “The Essex Serpent” ahead of its production start in the U.K. due to coronavirus-related child-care concerns.

A representative for Knightley, who was going to both star on and executive produce the adaptation of Sarah Perry’s novel, told the Daily Mail that the actress had to leave the series because of the recent increase in COVID-19 cases in the U.K. and the possibility of additional lockdowns meant “there wasn’t a comfortable scenario for Keira that could be put in place for an extended period of childcare required for the four-and-a-half-month production.”

Representatives for Apple TV+ and Knightley did not immediately respond to TheWrap’s request for comment.

Apple TV+ ordered “The Essex Serpent” to series at the end of August with Knightley attached. “The Essex Serpent” follows newly widowed Cora (meant to be played by Knightley) who, having being released from an abusive marriage, relocates from Victorian London to the small village of Aldwinter in Essex, intrigued by a local superstition that a mythical creature known as the Essex Serpent has returned to the area.

“The Essex Serpent” will be produced for Apple TV+ by See-Saw Films, and is commissioned for Apple out of the U.K. by Apple’s heads of worldwide video, Zack Van Amburg and Jamie Erlicht, and creative director for Europe Worldwide Video, Jay Hunt. See-Saw Films is the company behind “The King’s Speech” and “Top of the Lake.” The series joins fellow Apple TV+ international series like  “Suspicion,” “Slow Horses,” “Echo 3,” “Shantaram,” “Pachinko” and “Masters of the Air.”