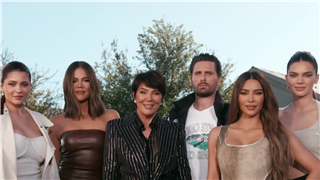 The Kardashian-Jenner family is saying bye to a historic reality TV run as Keeping Up With the Kardashians signs off after 20 seasons on Thursday.

The family’s flagship series aired its first episode on E! on Oct. 14, 2007 and has followed Kim Kardashian and her A-list family — including mom Kris Jenner, siblings Kourtney, Khloe and Rob Kardashian and Kendall and Kylie Jenner, and their growing broods — through all of their ups and downs, business ventures, romantic entanglements and more. KUWTK also spawned 12 spinoff series, which followed various members of the family in their separate adventures.

Kim first announced that KUWTK would be saying goodbye with season 20 last September, and the final episodes have been full of emotional moments as the family prepared to say farewell to the fans who have followed them since day one, as well as the production staff who helped them give an inside look at their lives.

“We’ve spent the last 15 years with most of our production [staff] that are with us every single day in very intimate situations, and they’re my extended family, ” Khloe shared in Thursday’s series finale. “It’s really, really special in my opinion, but it’s wild to even know how much I’ve gone through with all of you guys by my side. It’s crazy.”

“It was a good run,” Kylie said during the family’s final filming trip to Lake Tahoe over the holidays. And sister Kendall agreed: “It’s just the best job in the world to be able to work with your family every day.”

The family also marked the end of the KUWTK era with a time capsule buried at Kim’s Calabasas home, in which each family member placed an item that reminded them of their time on the show.

Read on to see how each of the main members of the family (except for Rob Kardashian, who got a sweet finale shout-out from Khloe!) said farewell to the reality phenomenon that has been their lives for the last 14 years.

Kim put her first fragrance, called “Dashing,” in the time capsule, with the significance being that it was her first solo business venture without her sisters by her side. “This was the first time that I ventured out on my own, and it was so scary for me, but I did it, and I fell in love with the creative progress,” she said.

As she looked back on the series, which encompassed countless business ventures, two marriages and the births of all four of her children, Kim couldn’t help but marvel at how much has changed. “These last 14 years have gone by so fast,” she said, looking back on how much she’s evolved from the self-described “princess” of KUWTK‘s early seasons.  “I have no regrets. This was the best decade and a half of my life.”

Khloe’s contribution to the time capsule included the keys to the sisters’ DASH boutique, as well as a hard drive full of video interviews that she conducted during the family’s final Tahoe trip.

“I feel like this is a beautiful tribute to say goodbye to Keeping Up,” she said of the time capsule, adding a sweet farewell message to the show’s fans and viewers: “It’s just so crazy how much I’ve gone through with all of you guys by my side. There’s not all amazing things, but they’re all life lessons. I feel like I’ve grown so much. It just shows that if you hold true to who you are, things will always get better.”

Kourtney added a T-shirt from her Smooch Children’s Boutique to the time capsule, “as a reminder of where I started” when the show first began skyrocketing the family to fame.

“This show has really meant so much to me, because I feel like without the hard moments, there’s no growth,” Kourtney shared. “I don’t know what’s gonna happen in the future. I know that I feel so grateful and happy and thankful that we’ve had such an amazing job and life. I feel like we’ve all grown and learned and experienced so much, and so much that we wouldn’t have experienced without the show.”

The “Momager” extraordinaire of course had to memorialize the certificate she framed after trademarking the title, thanking all of her kids for allowing her to be “such an integral part of your business lives.” “I’ll never forget it,” she shared.

“This is a period in my life that has meant so much to me,” Kris said of the show. “When I think about season 1 to season 20, those are my most magical memories… No one knows what tomorrow is going to bring, but I have a grateful heart. “

With one of the more sentimental time capsule additions, Kendall added a painting of the family’s old house, featured on KUWTK‘s early seasons, saying, “I feel like this was my pinnacle growth years, where I really learned a lot.”

“Even if we haven’t been the biggest parts of [the show],” she told younger sister Kylie as the pair discussed the show coming to a close, “it’s just always been a consistent part of our lives. It’s just the best job in the world to be able to work with your family every day.”

Of course, Kylie had lip kits for the time capsule, adding the first three she ever launched as she kick-started her beauty empire in 2015. “I would go as far as to say there is no Kylie without Kylie Lip Kit,” the youngest Kardashian-Jenner sibling shared.

As for growing up in front of the KUWTK cameras, Kylie admitted to Kendall that, “I don’t even know what life is like without filming this show… I’m just appreciative of all the memories we have on camera.To be able to look back at 9-year-old, 10-year-old us in the first season is just so funny to be able to show Stormi one day.”

Forever a member of the family — no matter the status of his relationship with Kourtney — Lord Disick of course added a regal cape to the time capsule, as well as a “Stay Home” T-shirt to remind the family of their pandemic-afflicted final season.

“It’s been quite a ride, a lot of ups and downs, some unbelievable times that I’ll never forget,” Scott shared as the family said goodbye to the KUWTK cameras for the last time. “It’s the end of an era.”

See more on the final season in the video below.