Breaking News
Dolly Parton's Stress-Free Walnut Pie Recipe Is Perfect for Your Holiday Spread
‘The Mandalorian’ Review: The Stakes are Raised in Action-Packed ‘Chapter 14’
Teyana Taylor Says She's 'Retiring' From Music After Feeling 'Under-Appreciated as an Artist'
‘The Godfather, Coda: The Death of Michael Corleone’ Is a Chance to Revisit a Film That Didn’t Deserve Its Brickbats
Skip to content

KATIE Price has extended her luxury holiday to the Maldives with her new boyfriend Carl Woods by a week.

This morning the 42-year-old model told the bankruptcy court the trip is a "work assignment" as she appeared at her hearing via Skype. 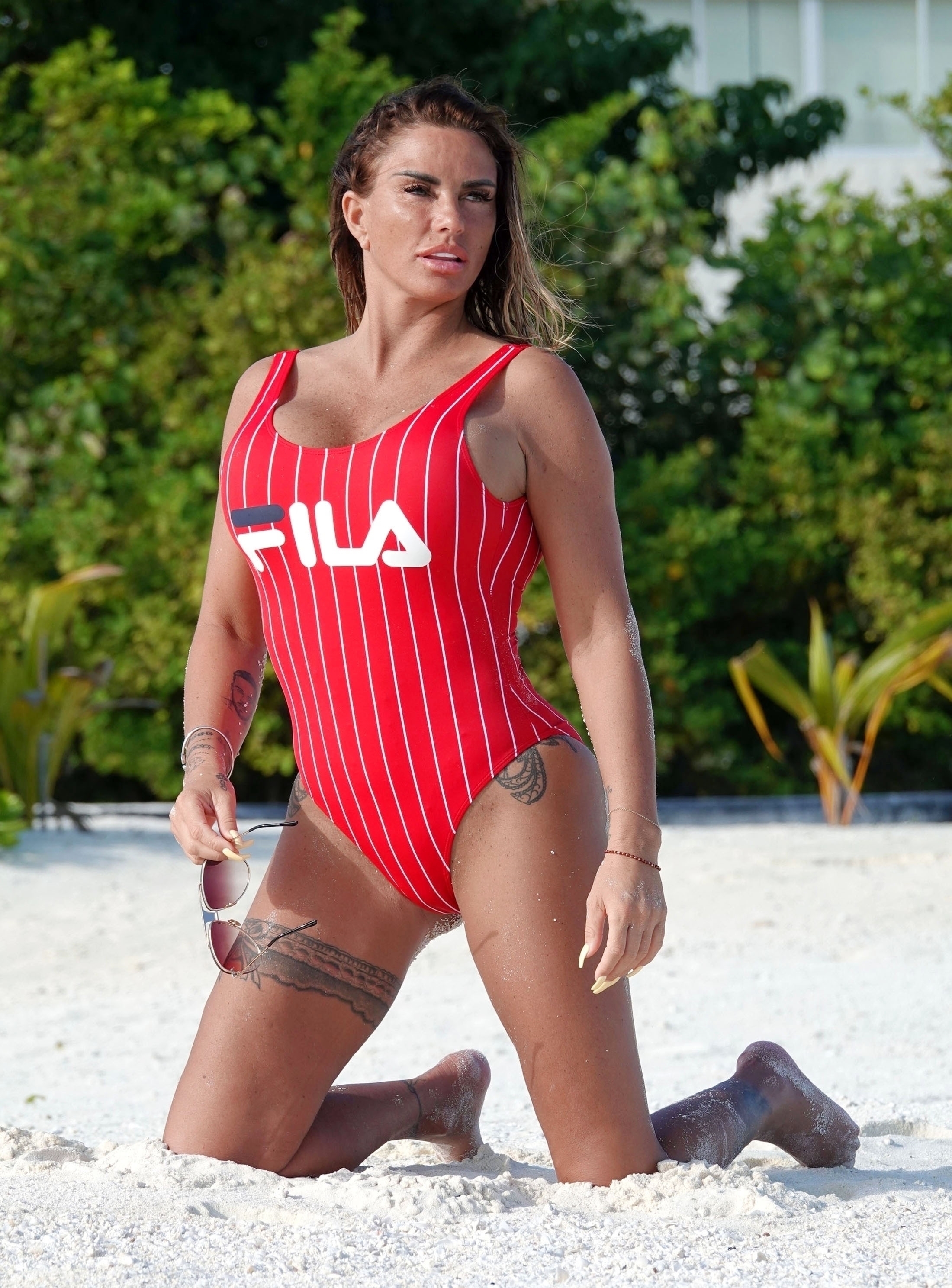 During chaotic proceedings plagued with technical difficulties, she said claims she has been enjoying a string of luxury holidays aren't true – adding that she doesn't live a "lavish lifestyle".

Katie claimed “ninety percent” of her trips are for business.

But her current trip at a £1,000-a-week resort in the Maldives has been blighted by bad weather and rain that made shooting content for her YouTube channel difficult.

So a source close to the star tells us that she's extending her trip by a week to make sure she gets the content she needs. 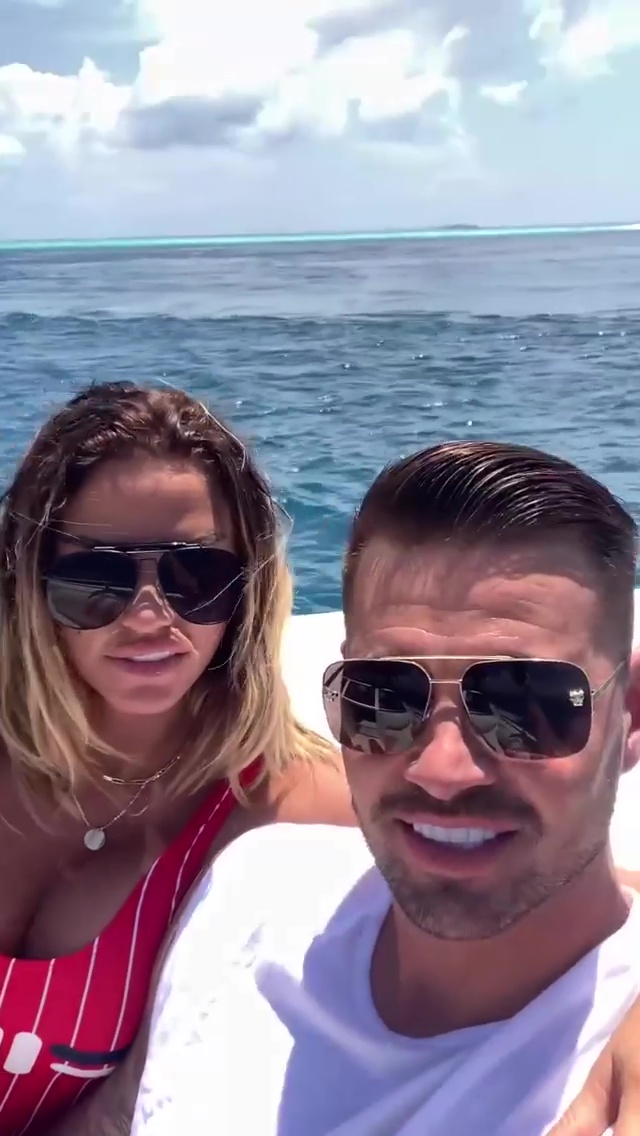 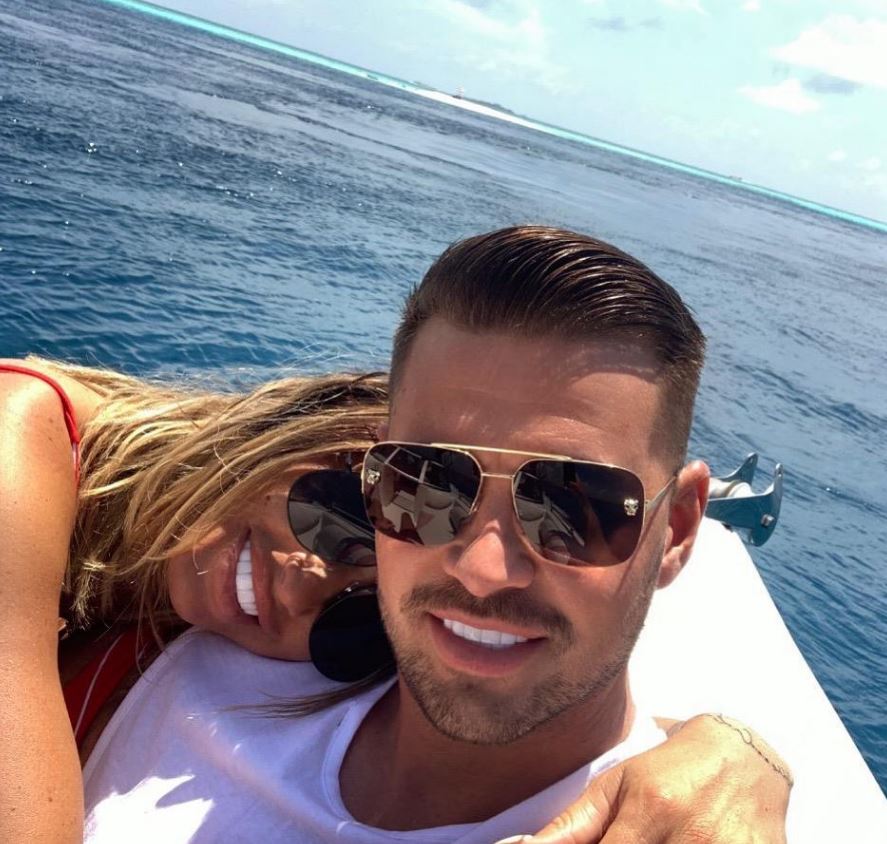 "Katie and Carl are having such an amazing time in the Maldives they're adding an extra week onto the trip – they're staying out for another seven days now," a source exclusively told The Sun Online.

"It rained and ruined some shooting days for their YouTube filming so they're saying it's work reasons keeping them out there."

A representative for Katie told us: "Katie and Carl have extended their stay.

"Katie has been told by her medical team to take regular hydro therapy (swimming ) as it'ss non weight bearing, aiding her recovery both physically and mentally. 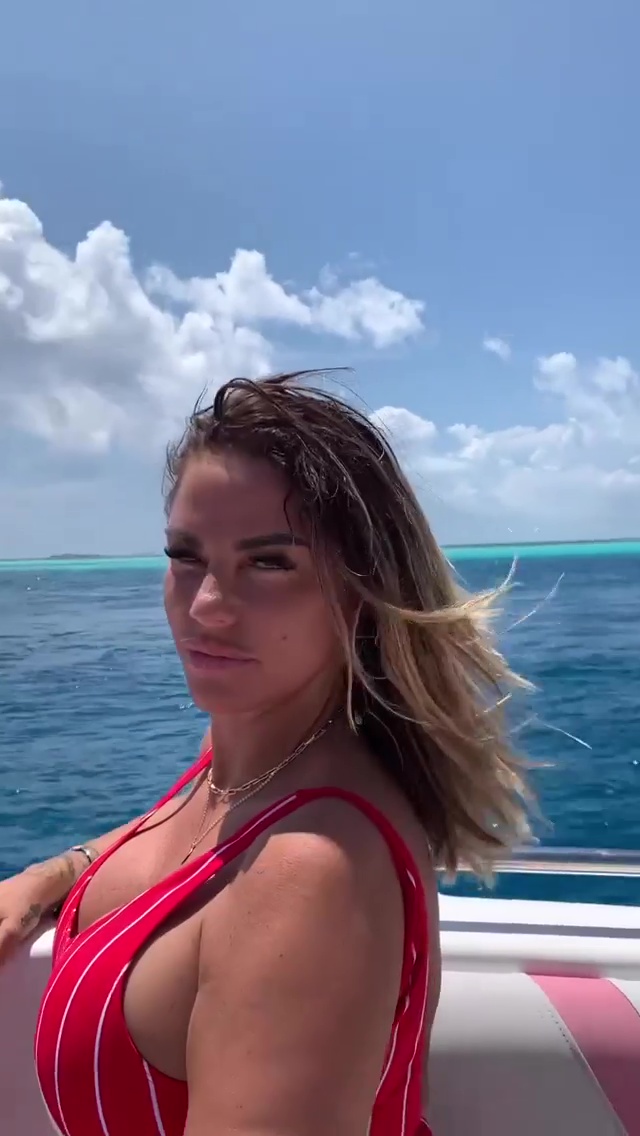 The star has faced a turbulent 2020 after she shattered both her feet on holiday in Turkey, which has left her largely wheelchair-bound.

Katie was officially declared bankrupt last November – but has been on six holidays since.

A judge ordered her to appear before a court after an anonymous source tipped off officials that she was living a glamorous life.

Today, the model told the court: "I appreciate I haven’t been easy to contact.

"I have been places physically and emotionally.” 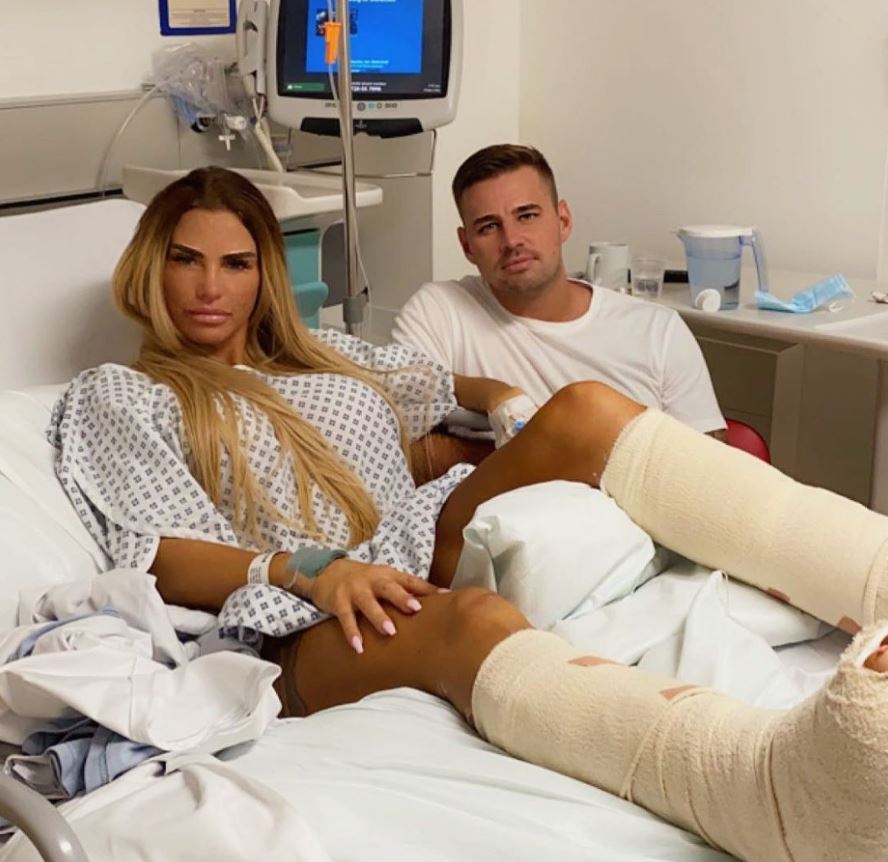 However, she's currently enjoying the sunshine on a 'baby-making break' with boyfriend Carl.

Katie has shared a series of snaps from the glam resort on her Instagram – telling fans she's "peaceful".

Under one photo of her on a boat with Carl, she said: "It feels so amazing to finally be happy and settled."